Who is Mo Yan?

The life and literature of the 2012 Nobel laureate 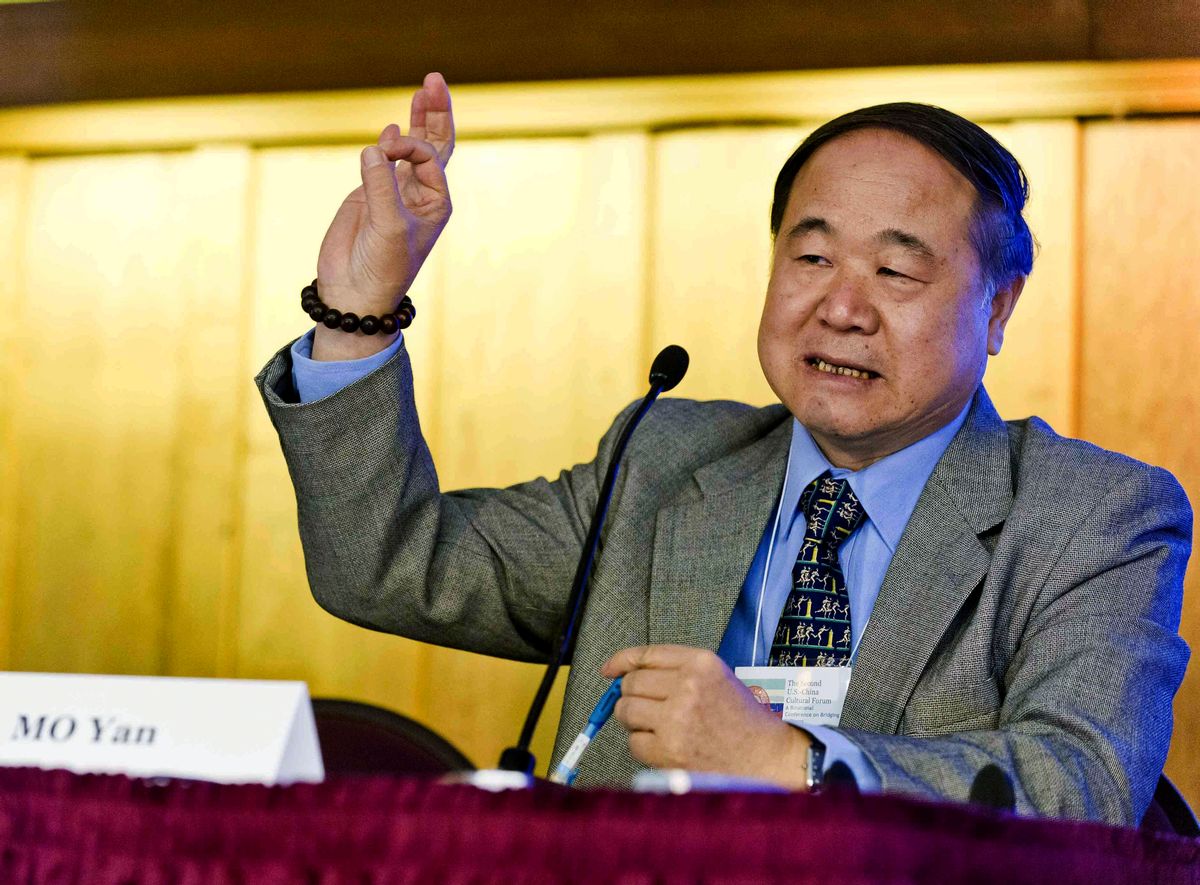 Before today, most Americans had never heard of Guan Moye, a 57-year-old Chinese national who writes under the pseudonym Mo Yan (which means "do not speak"). But according to Time magazine, he is "one of the most famous, oft-banned and widely pirated of all Chinese writers." Today, Mo was awarded the 2012 Nobel Prize for literature for writing novels "with hallucinatory realism" that "merges folk tales, history and the contemporary." He became the first Chinese national to receive a Nobel Prize for literature:

John Updike's 2005 description of two Chinese writers, including Mo Yan, gives some (now prophetic) insight into why most of us have never head of Mo before:

In literature, however, the Chinese mainland, as far as Western ears go, is pretty quiet. The one Chinese recipient of the Nobel Prize (if we don’t count Pearl Buck) was an expatriate Parisian, Gao Xingian. Bookstores, the Times reports, are bustling, but nearly half the purchases consist of textbooks and half the translations are of American books. Meanwhile, American translation of contemporary Chinese fiction appears to be the lonely province of one man, Howard Goldblatt, the founding editor of Modern Chinese Literature and a professor currently at the University of Notre Dame. Goldblatt’s midwifery has recently given us two novels by mainland authors: “My Life as Emperor,” by Su Tong (Hyperion East; $24.95), and “Big Breasts & Wide Hips,” by Mo Yan (Arcade; $27). Mo Yan’s “Red Sorghum,” which Goldblatt translated in 1993, won considerable notice and the hopeful remark from the Chinese-American author Amy Tan that “Mo Yan’s voice will find its way into the heart of the American reader, just as Kundera and García Márquez have.” Well, that’s a tough old heart, and I’m not sure the Chinese are ready to crack it yet.

Updike's New Yorker article goes on to include descriptions of Mo Yan's "abundant and hyperactive" metaphors ("Sima Ting’s persistent shouts floated in the air, like a fly in pursuit of rotting meat, sticking first to the wall, then buzzing over to the donkey’s hide"), imagery weighted deeply in historical context.

Mo grew up as a poor farmer, "forced out of the school by his cruel father," the Business Standard writes, and drew from these experiences in his 1987 "Red Sorghum," which was then made into an award-winning film that garnered international attention. (Two other works by Mo, "Shifu: You'll Do Anything for a Laugh" and "White Dog Swing" have been adapted to film as well.) "Sorghum" launched his literary career, and started a rich tradition of novels rooted in a "historical version" of his hometown in China. The prolific writer continues to stay true to his humble beginnings, from where his urge to write first came. In 2010, he told Time magazine: "Now that I can afford dumplings, why am I still writing? Because I have things to say."