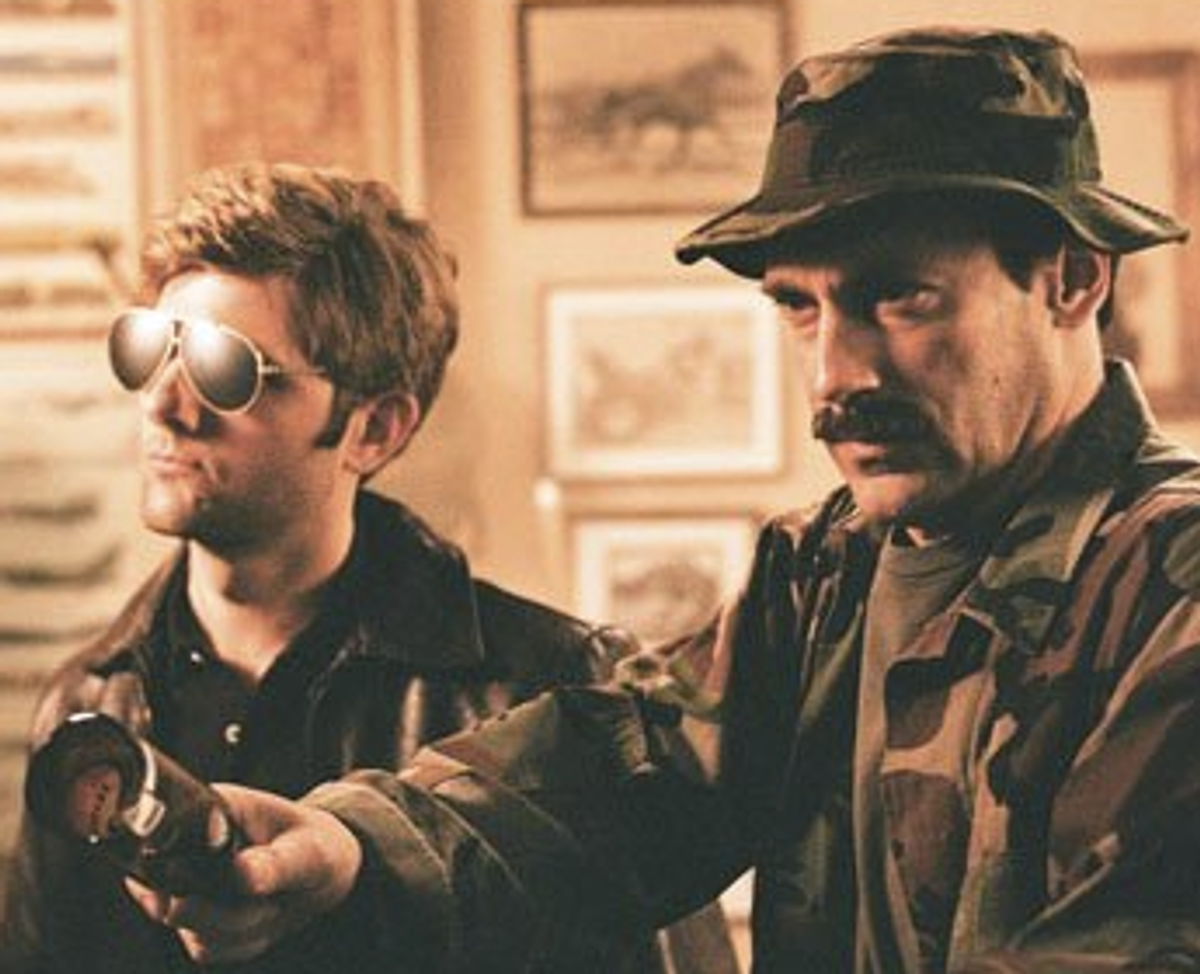 The video you are about to watch takes you behind the scenes of a multi-million dollar, 11-minute "film" featuring actors Adam Scott, Jon Hamm, Megan Mullally, Paul Scheer and Paul Rudd.

It's a remake of the opening credits of the 1980s sitcom "Simon & Simon," with special "backstage footage."

It has been dubbed (or at least, self-titled), "The Greatest Event in Television History."