For the hacking collective, a pay wall was the final straw 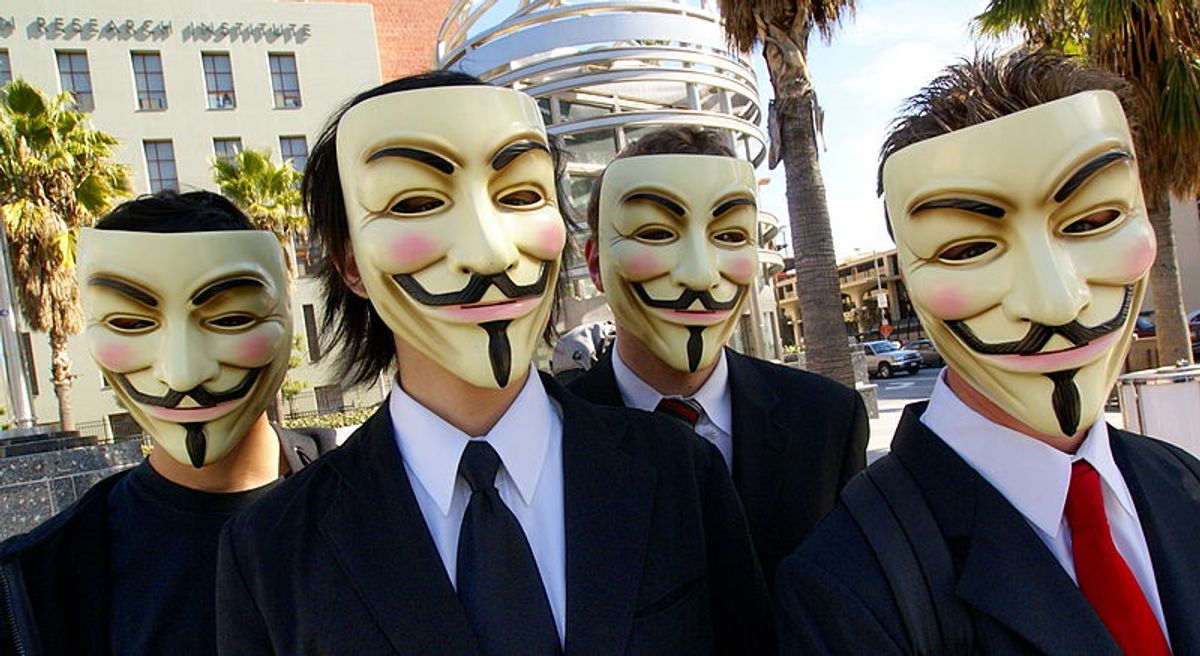 As members of global hacking collective Anonymous have made clear, they "do not forgive" and "do not forget." Bad news for WikiLeaks, which has angered its once-close hacking allies.

On Wednesday, WikiLeaks began to leak a batch of documents relating to the presidential election. The organization invited supporters to browse the trove of emails provided to the secret-spilling site by Anonymous from its famed Statfor hack. In a move that Anonymous called a "betrayal," WikiLeaks put the documents behind a pay wall, which prompted readers for donations.

"This is a filthy and rotten, wholly unethical action - and Anonymous is enraged," stated a release from Anonymous Global. "We are aware that the donation pay wall can be circumvented by disabling Javascript. However, this is not the point. Neither is Anonymous concerned that WikiLeaks is asking for donations," the Anonymous release notes, explaining that most readers would not know how to avoid the pay wall.

In a follow-up statement, the group intimated that the relationship with WikiLeaks had been souring for a while. "We have been worried about the direction WikiLeaks is going for sometime now. In the past year the focus has moved away from actual leaks and the fight for freedom of information and concentrated more and more on Julian Assange and a rabid scrounging for money," the hackers noted.

In an accompanying (and similar) statement posted online, Anonymous added, "WikiLeaks is not - or should not be - about Julian Assange alone." The hackers explained that despite a steadfast belief that the controversial WikiLeaks founder should not be extradited to the United States, they have grown weary of the attention paid to Assange:

The idea behind WikiLeaks was to provide the public with information that would otherwise being kept secret by industries and governments. Information we strongly believe the public has a right to know. But this has been pushed more and more into the background, instead we only hear about Julian Assange, like he had dinner last night with Lady Gaga. That's great for him but not much of our interest. We are more interested in transparent governments and bringing out documents and information they want to hide from the public.

The hackers also expressed anger that Anonymous members have faced repression and jail time for materials they supplied to WikiLeaks, while "to this day, not ONE single WikiLeaks staff are charged or incarcerated." They noted that hacktivist Jeremy Hammond could face 20 years in prison for allegedly supplying the Stratfor files -- the very documents WikiLeaks put behind a pay wall.

Following Anonymous' "enraged" response, WikiLeaks has removed the pay wall from its recent document release. The hackers thanked WikiLeaks for the move via Twitter, but commented that "a statement would be swell." According to their statement, however, it is too little, too late for the partnership:

The conclusion for us is that Anonymous cannot support anymore what WikiLeaks has become. We will NOT attack the web assets of WikiLeaks, as they are media. We do not attack media. Any future attack on the WikiLeaks servers attributed to Anonymous is a lie. But what we will do is cease from this day all support of any kind for WikiLeaks or Julian Assange.

The statement included a disclaimer that it cannot represent the views of all Anonymous members, since the collective is leaderless and decentralized. "But we know that we are certainly not alone within the Anonymous collective with this assessment of the situation," the statement notes.