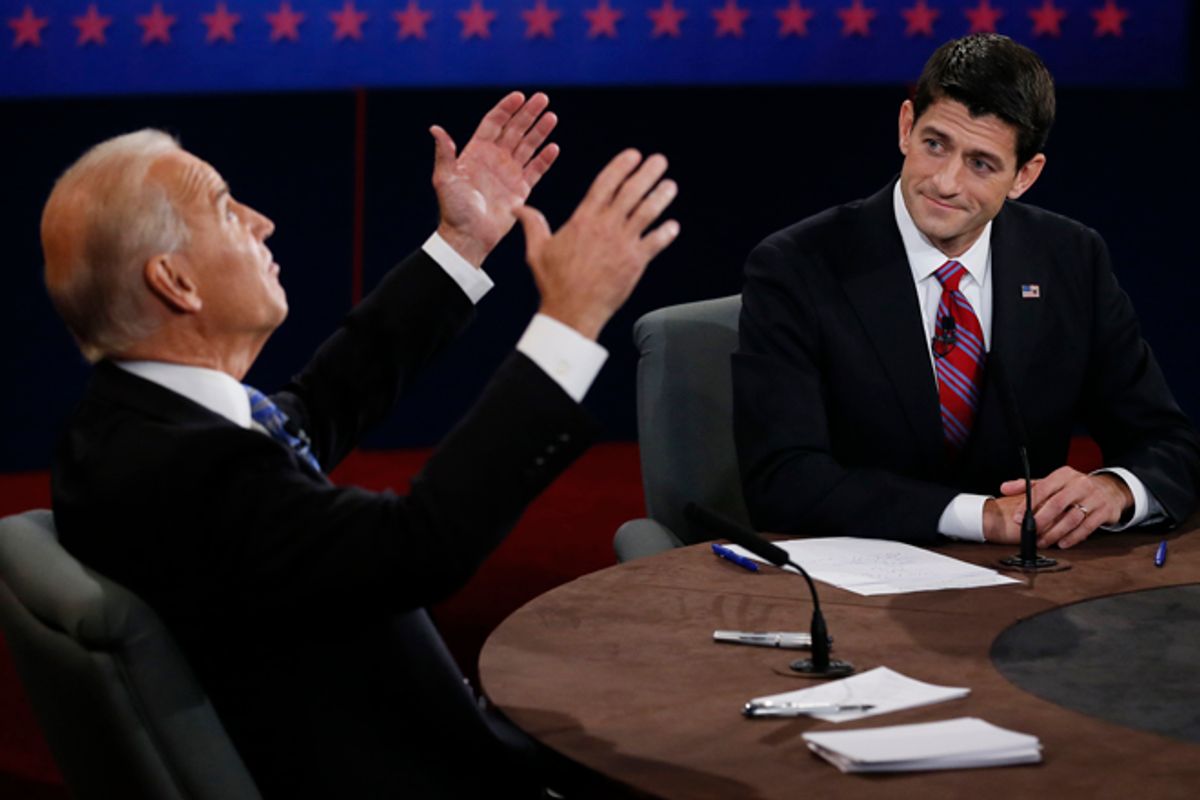 Joe Biden invoked Lloyd Bentsen for a minute there during the debate, when Paul Ryan tried to defend Romney's plan for paying for an across-the-board tax cut without adding to the deficit or raising taxes on the middle class. Biden said that it's "not mathematically possible," and Ryan shot back that it is possible, “it has been done before." Biden replied: “It has never been done before."