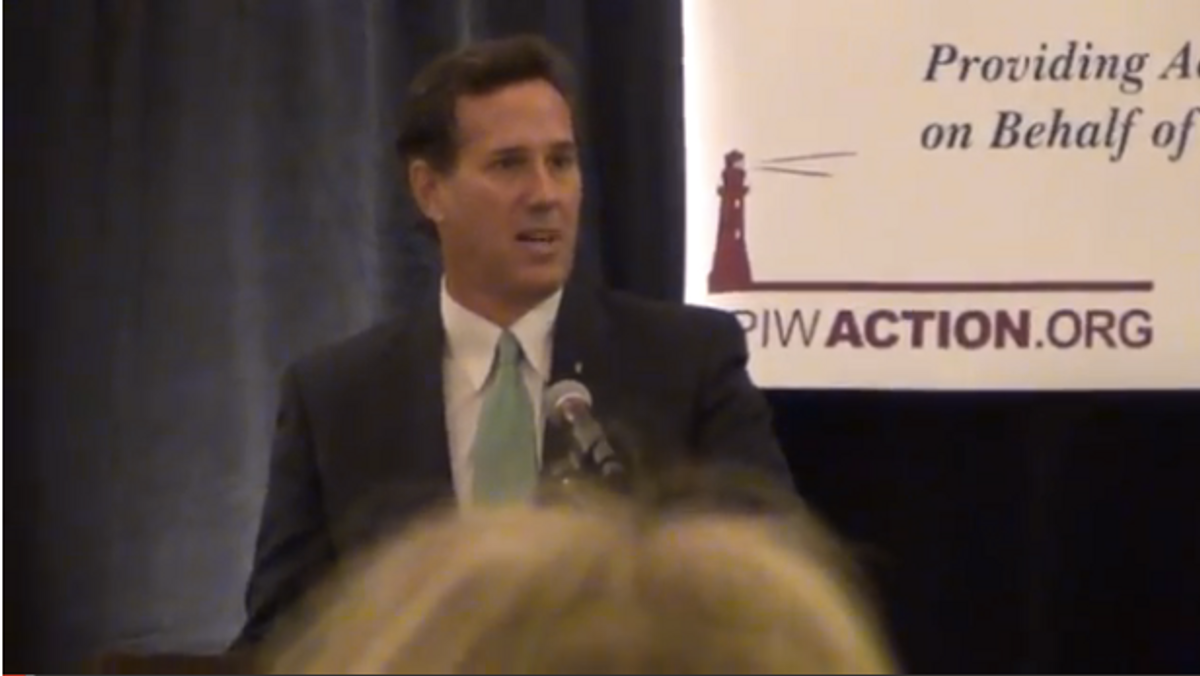 Republicans have to start watching out for hidden cameras. Last night at a closed-door fundraiser in Spokane, Wash., Rick Santorum told the Family Policy Institute of Washington that the conservative campaign against same-sex marriage is more important than even the fight against abortion. “You’re fighting for the truth,” Santorum said in a video obtained by SeattlePI.com.

The former senator and presidential candidate described the fight against gay marriage in almost existential, not to say desperate, terms. “The movement you are fighting is the most important movement to win,” Santorum told the group, which doesn’t favor abortion either. “This issue will destroy and undermine the church in America more than any other movement,” said Santorum.

Washington, Maryland and Maine are set to vote on legalizing gay marriage in November. No state has ever voted to allow gay marriage. In a fourth race, Minnesota is voting to add an amendment to the state’s constitution that would ban gay marriage. Polling in the first three appears to favor marriage equality, and a recent Minnesota poll showed opinion moving against the ban.