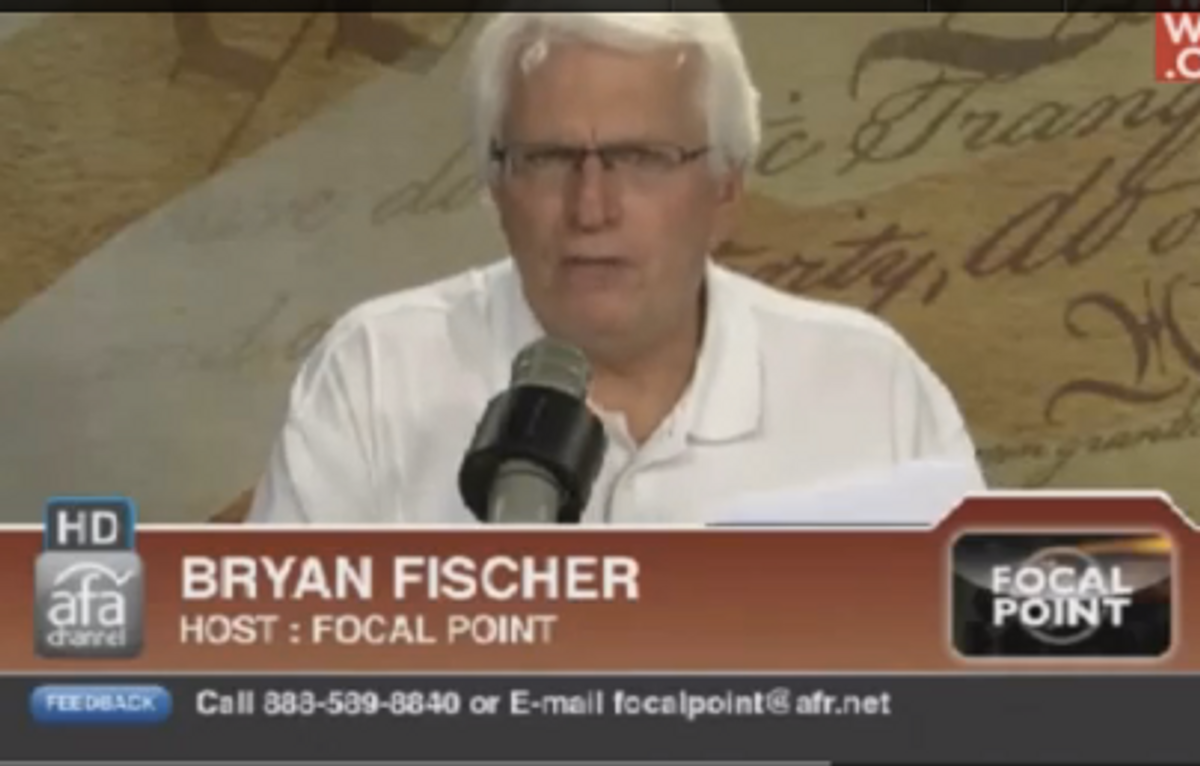 A decade ago the Southern Poverty Law Center (a Salon content partner) launched “Mix It Up” to get kids to spend time with classmates of different backgrounds. Since chow time is arguably the most segregated part of the day, on October 30, the SPLC encourages students to “move out of their comfort zones and connect with someone new over lunch.” It says that almost 2,500 schools have agreed to “Mix It Up at Lunch.”

You might never have heard of Mix It Up but for the ultra-conservative American Family Association's Bryan Fischer who sees in it what he seems to see in everything, (Yes!) a stealth gay plot. The New York Times reported:

Although the suggested activities for Mix It Up at Lunch Day do not expressly address gay and lesbian students, the law center itself promotes equal treatment for gays and lesbians and that philosophy then informs the school program, Fischer said.

“Anti-bullying legislation is exactly the same,” Mr. Fischer said. “It’s just another thinly veiled attempt to promote the homosexual agenda. No one is in favor of anyone getting bullied for any reason, but these anti-bullying policies become a mechanism for punishing Christian students who believe that homosexual behavior is not something that should be normalized.”

“I was surprised that they completely lied about what Mix It Up Day is,” Maureen Costello, director of the SPLC’s Teaching Tolerance project told the Times. “It was a cynical, fear-mongering tactic.” The Teaching Tolerance website is more succinct: “Describing Mix this way is an out-and-out lie.”

This isn’t the first squabble between the two groups:

Association leaders, in return, have gone on the offensive, calling the law center a hate group for oppressing Christian students and claiming its aim is to shut down groups that oppose homosexuality.