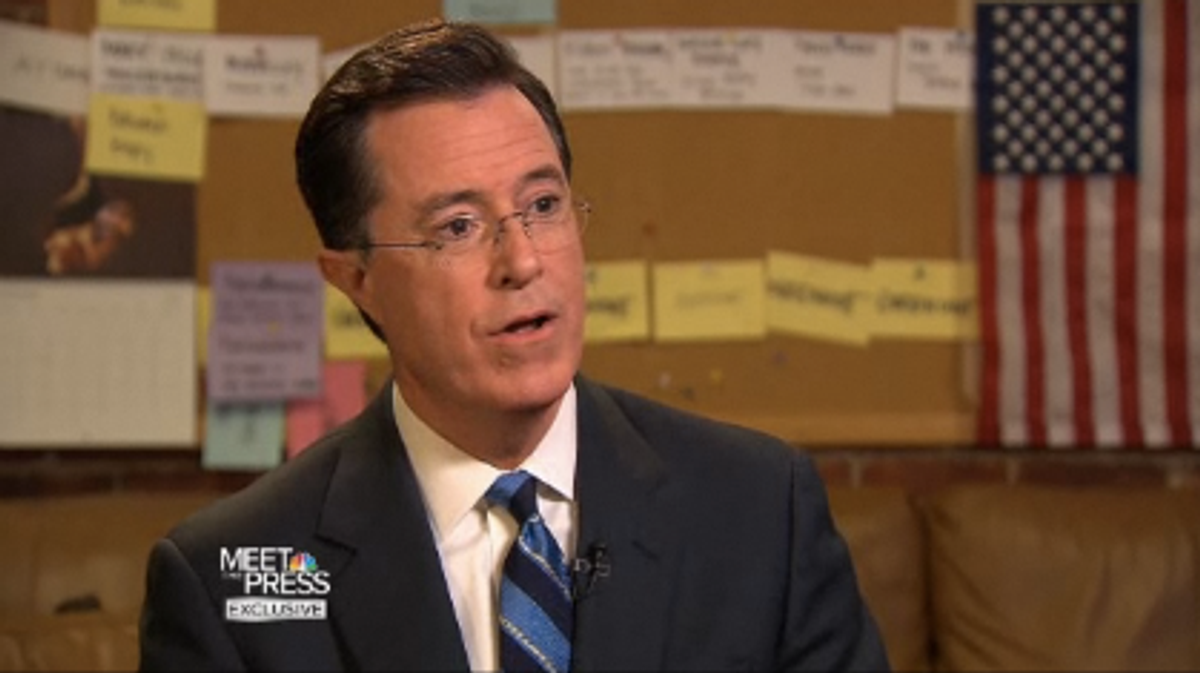 As Salon's own Alex Pareene can tell you, the Sunday morning political talk shows can be a wasteland of Simpson-Bowles fetishism and beltway conventional wisdomhood. Today, for example, on ABC’s “This Week,” we got a full-panel analysis of whether Joe Biden’s facial expressions in last week’s debate was “counterproductive.” And that's why, as Joan Walsh explained in our first installment last week, Salon is bringing you Sunday Best: Our choice of the best moment on the top Sunday shows.

There were a few good contenders today that deserve honorable mention, starting with what’s hard to classify as anything but a lie through the teeth from a top Romney surrogate. Ohio Republican Sen. Rob Portman, who has been playing the role of President Obama in Mitt Romney’s debate preparations, appeared on “This Week” to preview the upcoming debate and defend Paul Ryan’s erroneous suggestion in the vice presidential debate that unemployment is higher now than it was when Obama took office. “Unemployment is going down, as a factual matter. Why would Congressman Ryan, in defiance of facts, suggest otherwise?” host Jake Tapper asked. Portman replied, matter of factly, “I think that what he was saying was the truth: unemployment is higher today than when the president took office. Unfortunately, in the meantime, we’ve created net zero jobs, Jake.”

Either Portman is a jobs number truther, or he’s lying. The unemployment rate in February, 2009, Obama's first full month Obama in office (he was sworn in on January 20) was 8.3 percent. The unemployment rate last month was 7.8 percent. And it was 7.8 percent in January of 2009, the month Obama took office, which is still not lower than it is today. Portman's wrong in saying "we've created net zero jobs." The economy has created net jobs (about 122,000) under Obama, as of last month.  Portman went on to say that the economy is weaker this year than last, and was weaker last year than the year before that. But if you look at pretty much any economic indicator, from jobs to the stock market to GDP growth to consumer confidence to even underwear sales, there’s no question the economy has improved, though certainly not as fast as anyone would like. It’s too bad Tapper didn’t push back on Portman, even though his question was all about Ryan making the same misleading claims about the unemployment rate.

Meanwhile, Democrats brought out Beau Biden, the attorney general of Delaware and the son of Vice President Joe Biden, to defend his father’s performance in the debate, including the facial expressions. “You know, this isn't, Jake, about how much my father smiled or how many gallons of water that the congressman drank nervously on that stage. It's about talking directly to the American people about very important facts,” he told Tapper.

Over on Fox News Sunday, Obama campaign strategist David Axelrod tried to tamp down the controversy over the Libyan embassy attacks. He told host Chris Wallace that Obama “feels personal responsibility” for what happened. Republicans hammered the president for his purported missteps leading up to the attack. On the same topic, hawkish Republican Sen. Lindsay Graham, on CBS’ Face the Nation, delivered a dire warning: "The Mideast is falling apart and they're trying to spin what happened in Libya because the truth of the matter is al Qaeda is alive and well and counter-attacking…this whole region is about to explode." Time for another war!

Next, we had top Romney adviser Ed Gillespie complicating his boss’s (already confusing) narrative on abortion. Romney has been trying to draw attention away from his anti-choice positions, saying last week, “There’s no legislation with regards to abortion that I’m familiar with that would become part of my agenda.” The campaign quickly walked that statement back, but it underscores the discomfort Republicans feel when talking about abortion so close to the election. It’s easy to see why: Paul Ryan’s surprisingly candid admission during the VP debate about abortion earned him the worst scores of the entire debate in a dial-testing focus group conducted by CNN. But today, Gillespie said on CNN’s “State of the Union," "Life is a very important issue in this election.” "He is a pro-life candidate," he said of Romney. "He will be a pro-life president."

Gillespie also ran into trouble when Wallace challenged him on the six “studies” the campaign repeatedly cites in support of Romney’s detail-free tax plan. As Wallace points out, “Those are very questionable.” He noted one of the “studies” is a blog post, another an op-ed, another written by an economist connected to the campaign, and yet another from the conservative American Enterprise Institute (AEI). Pushed on why AEI should be considered credible, Gillespie admitted it’s a “right-leaning think tank. That doesn't make it not credible.”

That’s an interesting position, since the Romney campaign has waged a scorched earth campaign against the most comprehensive study to date on the tax plan, from the Tax Policy Center, which found that the plan's numbers don't add up unless Romney is planning on somehow raising middle-class taxes. The main knock on the study has been based on the fact that TPC is a joint project of the Urban Institute and the Brookings Institution, which they is claim is leftist think tank. The big liberal think tank in D.C. is the Center for American Progress, which is about as progressive as AEI is conservative. Brookings on the other hand, is widely considered to be a centrist or slightly centrist-left organization that is nowhere near as ideological as AEI or CAP. So, according to the Romney campaign, the TPC study is wrong because it was produced a think tank that is maybe kind of sort of liberal, but their study is totally legit even though it was a produced by a think tank is avowedly conservative.

But our Sunday Best award doesn’t go to Gillespie or Portman, but to Stephen Colbert, who took the hot seat today on "Meet the Press" not as TV’s Stephen Colbert, but as real human Stephen Colbert. That is, he dropped the persona he plays on his show to gave a rare candid interview as the real Stephen Colbert. While perhaps less funny than his persona, he proved to be thoughtful, well-informed, and less ideological than many might think. It was refreshing to see him out of his costume and to see someone who doesn’t robotically tout one sides' talking points or Beltway conventional wisdom, but has some cogent analysis and an original perspective. Watch it below.

"I'm interested in the news, so people often think that I'm an ideologue or that I have a political intent... But I comment on things that are in the news. I do not imagine that I am a newsman, I really admire newsmen," Colbert said of his comedic approach.

“I’m not Ralph Nader. You know what I mean? I don’t think that there’s no difference [between the two presidential candidates]. There is a difference. I don’t know what the difference is, though,”  he continued. “I think that there is a possibility that Obama would be, say, more aggressive --  a more aggressive reformer or changer in the second act of his presidency. And I don’t really know how -- I also don’t know how Mitt Romney would govern. He might govern as a technocrat. You know, that sort of seems to have been his career -- as, like, the guy from Pepsi who comes in to run G.M. You know, he can’t tell us what he’s going to do, because he hasn’t seen the books yet.”