Justice to the highest bidder

A majority of our legal disputes are settled in state courts. We need judges who won't cater to corporate interests 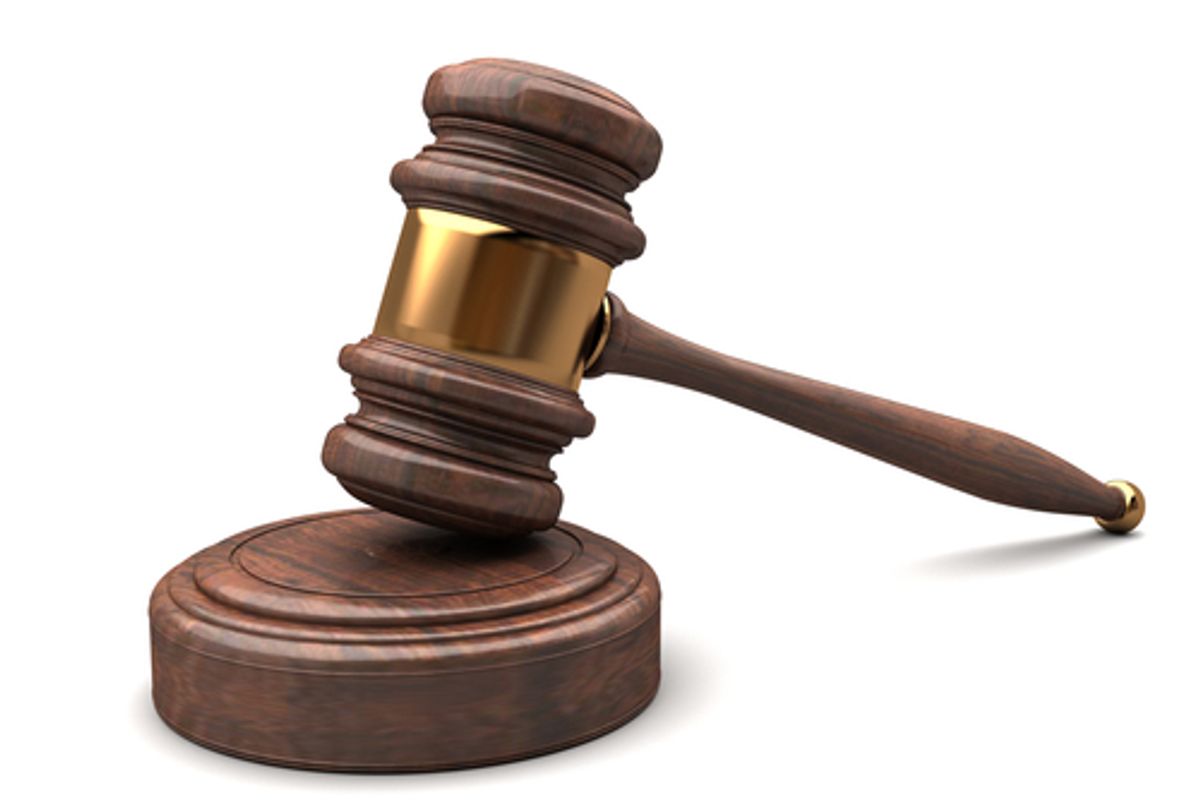 When the National Football League ended its lockout of the professional referees and the refs returned to call the games, all across the country players, fans, sponsors and owners breathed a sigh of relief. Fans were grateful for the return of qualified judges to keep things on the up and up.

After the now infamous Seattle Seahawks-Green Bay Packers game, when questionable calls by the replacement refs led to a disputed 14-12 win by the Seahawks, even union-busting Wisconsin Governor Scott Walker and vice presidential nominee Paul Ryan, the pride of Janesville, Wisconsin, became – briefly – fans of organized labor, calling for a negotiated peace and bringing the real refs back on the field.

In Baltimore, when the professional referees returned for their first game of the season, fans gave them a standing ovation.  One held a sign: “Finally! We get to yell at real refs! Welcome back!” As the captains of the Ravens and Cleveland Browns met at the center of the field for the coin toss, veteran official Gene Steratore turned on his microphone greeted them with, “Good evening, men. It’s good to be back.”  The stadium erupted in a roar.

It was a revealing glimpse into a basic truth of American sports:  Without the guys who enforce the rules, everything else is pointless. As New York Giants linebacker Michael Boley reminded us, too many missed and blown calls put “the integrity of the game” at stake.

In sports we choose sides – our team against your team – but we want the referees to be skilled and impartial.  We expect the same from the judges in our courtrooms, too. How much faith could any of us have in a judge who’s taken cash from either litigant in a trial – or who owes his position on the bench to a partisan clique manipulating votes?  Yet 38 states elect their high court judges and large sums of money -- much of it from secret donors -- are pouring into many of those judicial races.

An August study from the liberal Center for American Progress reports, “In state courts across our country, corporate special interests are donating money to the campaigns of judges who interpret the law in a manner that benefits their contributors rather than citizens seeking justice…

“Fueled by money from corporate interests and lobbyists, spending on judicial campaigns has exploded in the last two decades. In 1990 candidates for state supreme courts only raised around $3 million, but by the mid-1990s, campaigns were raking in more than five times that amount, fueled by extremely costly races in Alabama and Texas. The 2000 race saw high-court candidates raise more than $45 million.”

Ninety-five percent of America’s legal disputes are settled in state courts. The Center for American Progress Report, authored by Billy Corriher, studied 403 cases in six states, between 1992 and 2010 in which individuals sued corporations. The states – Alabama, Texas, Ohio, Pennsylvania, Illinois and Michigan – received the most judicial campaign cash during that same period. In those cases, “courts ruled in favor of corporations 71 percent of the time.”

Just as ominous, there’s a movement afoot to punish judges for decisions that offend political partisans. In Florida, the current system selects judges based on ability rather than partisan politics, but the state Republican Party there is trying to oust three state Supreme Court justices over a ruling on President Obama's health care law that conservatives didn’t like.

One of the judges, R. Fred Lewis, told The New York Times, “This is a full-frontal attack – that had been in the weeds before – on a fair and impartial judicial system, which is the cornerstone and bedrock of our democracy.” Others believe Republican Governor Rick Scott and the state legislature’s real motive is to take over and control the courts for political gain and on behalf of corporate interests.

In Pennsylvania, a local Tea Party faction has set out to defeat two state Supreme Court justices over its unanimous decision refusing to uphold the state’s voter ID law passed by Republicans to downsize the vote in November.  And in Iowa, where justices chosen on merit have produced a state supreme court praised far and wide for its fairness and credibility,  right-wing Republicans who knocked three judges off the court in 20l0 – the notorious “Gathering Storm” campaign – are now going after a fourth, David Wiggins. The judges’ crime? Participating in a unanimous ruling that legalized same-sex marriage.

Leading the fight to remove Wiggins is the National Organization for Marriage and a grassroots group called Iowans for Freedom that presents itself as an effort that’s as home-grown as Iowa corn. But much of its money comes from out of state. Just look at the interlopers who joined an anti-marriage equality bus trip that barnstormed the state last month -- Louisiana Governor Bobby Jindal  and Rick Santorum, the former United States senator from Pennsylvania who won the Iowa caucuses in January before losing the Republican nomination to Mitt Romney.

Pushing back is a movement known as Justice Not Politics. Here’s how they describe themselves: “a broad based, nonpartisan coalition of organizations and Iowans across the political spectrum – progressive to conservative; Republicans, Independents and Democrats – all who are committed to protecting Iowa’s courts and our system of merit selection and retention.”  The co-chairs are Joy Corning and Sally Pederson, each a former lieutenant governor of the state, one a Republican, the other a Democrat.

Once again, serious campaign finance reform with full transparency and public funding would go a long way toward solving the problem. Otherwise, as that study from the Center for American Progress reports, “In courtrooms across the country, big corporations and other special interests are tilting the playing field in their favor.” And as the Iowans of Justice Not Politics declare, “If politics and campaign money are allowed into the courts, justice will be for sale.”