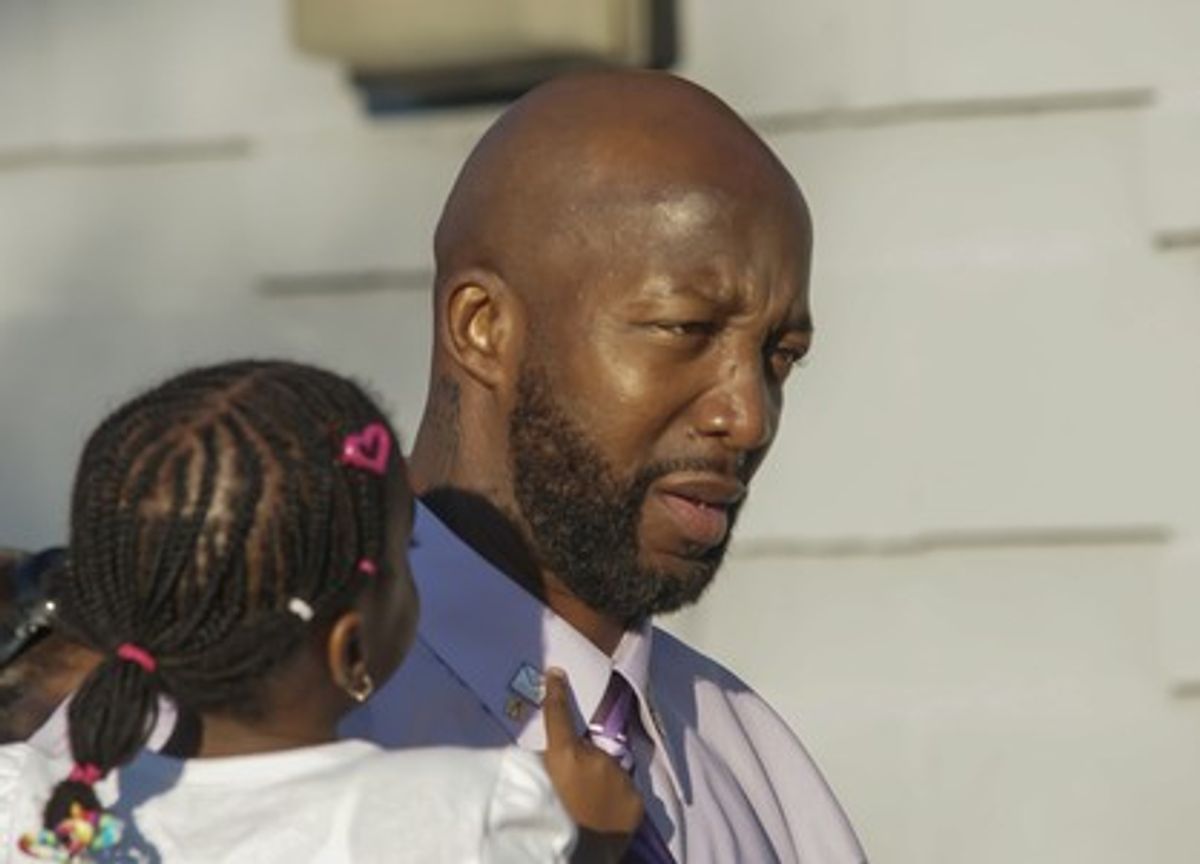 Tracy Martin, Trayvon's father, marches for his son in a March rally in Florida (Shutterstock)
--

The parents of Trayvon Martin -- the 17-year-old African-American shot dead by a neighborhood vigilante early this year -- have launched a fund and a website to fight against the proliferation of stand-your-ground laws, the invocation of which meant Martin's killer was not arrested for many weeks.

Change for Trayvon, the name of the Martins' political action committee, aims to raise money to fund candidates and efforts around the country dedicated to challenging the stand-your-ground, or "Castle" law -- legislation that permits the use of lethal force by a party who feels threatened. As the Martins note on the Change for Trayvon website:

Stand your ground laws exist in 32 states across our nation, and have allowed people to escape responsibility. Although these laws have good intentions, their result has allowed shooters to avoid justice, and for families to not have an opportunity for closure in these tragic deaths.

Stand your ground is a solution in search of a problem, and it’s a terrible solution, with tragic results; like the death of our son. These laws need to be revised to require prosecutorial or judicial review.

Following Martin's killing in February, angry protests erupted across the country after shooter George Zimmerman was not arrested by Florida police who cited the state's stand-your-ground law. A host of reports swiftly followed linking the spread of stand-your-ground laws to an allegiance between the NRA and the American Legislative Exchange Council (ALEC), which pushed the legislation into statehouses across the country. Martin's parents hope to undo ALEC's work with their new effort.