After an Evangelical magazine broke the news, the right wing will force him to defend himself 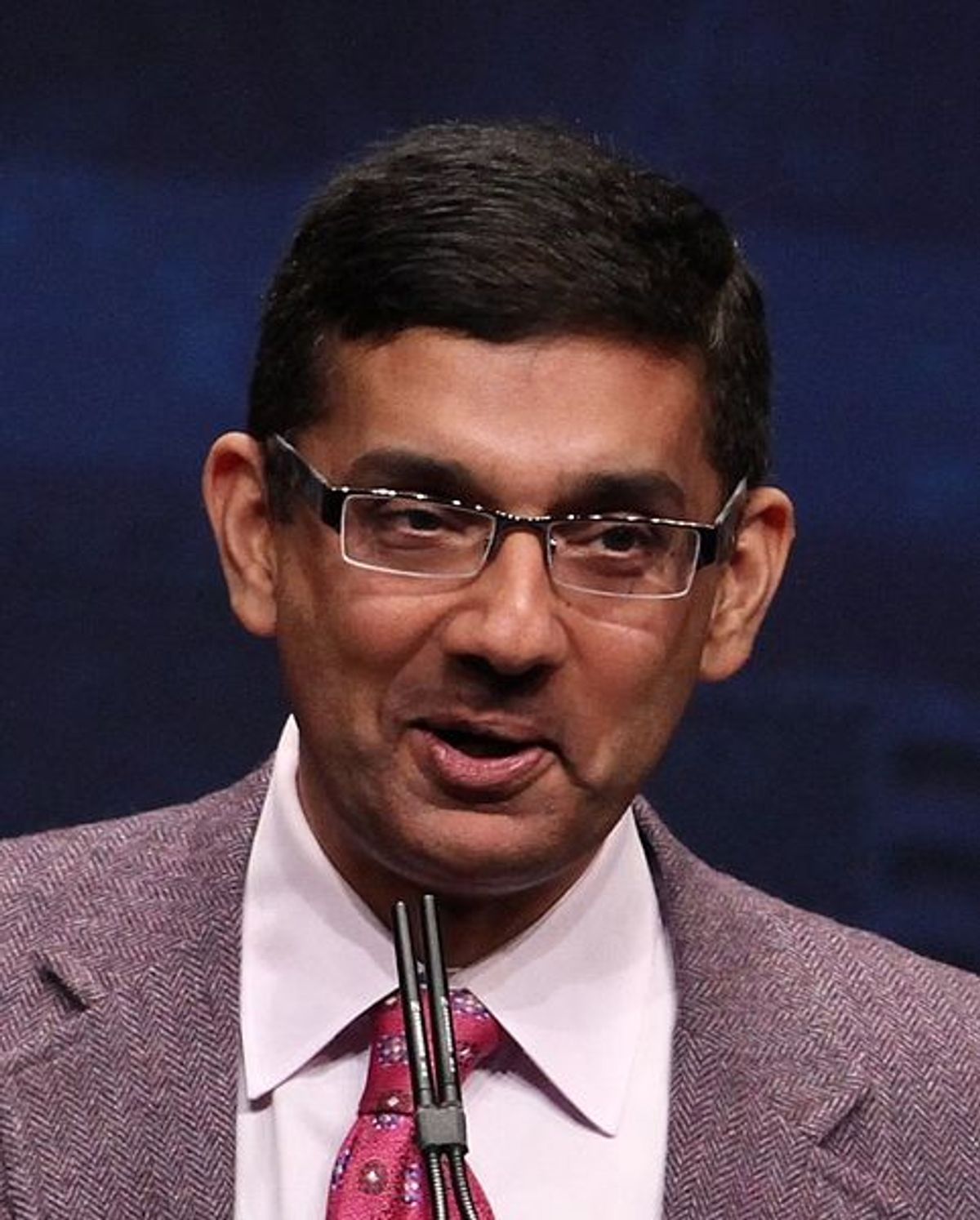 Dinesh D'Souza is facing some tough questions from his fellow Christians over a night spent in a hotel room with a woman he introduced as a his fiancée - despite still having a wife.

The Evangelical magazine World reports that last month, D'Souza appeared at First Baptist North in Spartanburg, S.C. for a speech:

"D’Souza’s speech earned him a standing ovation and a long line at the book-signing table immediately afterward. Although D’Souza has been married for 20 years to his wife, Dixie, in South Carolina he was with a young woman, Denise Odie Joseph II, and introduced her to at least three people as his fiancée.

Finally, near 11 p.m., event organizer Tony Beam escorted D’Souza and Joseph to the nearby Comfort Suites. Beam noted that they checked in together and were apparently sharing a room for the night in the sold-out hotel. The next morning, around 6 a.m., Beam arrived back at the hotel and called up to D’Souza’s room. 'We’ll be down in 10 minutes,' D’Souza told Beam. D’Souza and Joseph came down together, and Beam took them to the airport."

D'Souza said that “nothing happened" in the hotel room, and clarified that he had "recently" filed for divorce from his wife.

D'Souza is also president of the Evangelical King's College in New York City, and the school board held an October 15 conference call to start "looking into the situation.” Shortly after, D'Souza said that he was suspending his engagement to Joseph. The school said it would discuss the allegations further at meetings on Wednesday and Thursday.

D'Souza is behind the recent surprise box-office hit, “2016: Obama’s America,” which proposes that Obama is “weirdly sympathetic to Muslim jihadis” and hopes to enable a “United States of Islam.” The movie was based on D'Souza's 2010 book, “The Roots of Obama’s Rage," which espoused similar theories about Obama's supposed "anticolonialist" ideology. This followed his 2006 book that blamed the cultural left for 9/11,  called "The Enemy At Home: The Cultural Left and Its Responsibility for 9/11."