As conservatives rail against the secretary of state, Romney praises her 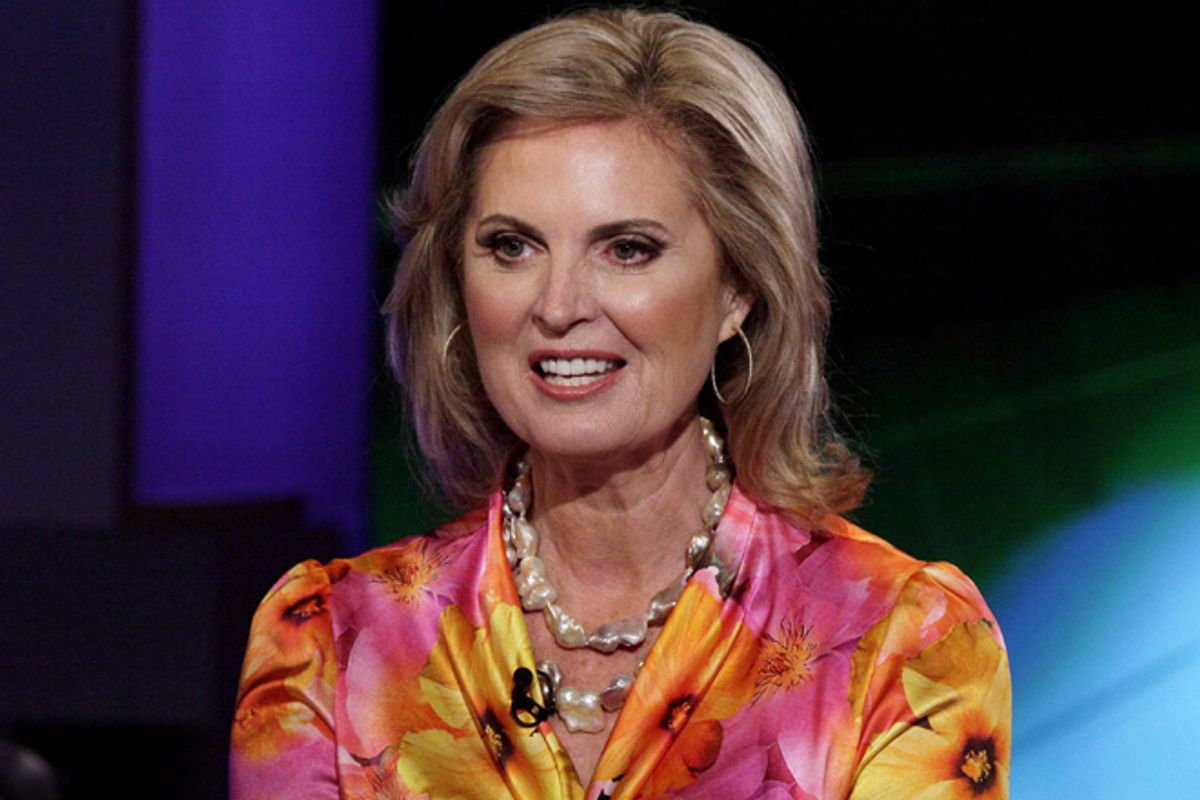 It’s an anodyne softball question from a glossy magazine known better for its reviews of home goods than its hard-hitting political interviews, but Ann Romney’s answer to Good Housekeeping is illuminating. Asked who her “heroes” and “role models” are, the would-be first lady replies, “I would say Eleanor Roosevelt, Mother Teresa ... and Hillary Clinton. She has been through so much; she just kept going. Now she's doing a great job as Secretary of State.”

The response is interesting in its own right for the inclusion of two Democratic first ladies and the omission of Republicans like Nancy Reagan or Laura Bush (or the focus on first ladies in general). But it’s especially interesting in the context of the political debate over Libya. If there’s one thing that every conservative commentator or elected  official knows about last night’s debate -- even the conservatives that proclaimed Obama the winner -- it’s that the president lost on Libya. Depending on where you fall on the kookiness spectrum, the Obama administration, and particularly the State Department, were either critically negligent before the attacks on U.S. diplomats there, or were maybe secretly hoping that Americans would be killed. And when Secretary of State Hillary Clinton took personal responsibility for the attacks Monday night, the right was driven “to surreal heights of psycho-sexual anxiety," as Joan Walsh wrote.

A natural question arises in these sort of attacks: Are Romney and his fellow conservatives coming from a place of honest concern and genuine policy differences, or are they merely exploiting a tragedy for partisan gain? While the Ann Romney interview came before Clinton took credit for the Libya attacks, her husband has been attacking Obama's foreign policy for years. But it seems like Clinton can’t be doing too terrible a job of leading the nation’s foreign policy if the Republican nominee’s wife feels comfortable declaring, “she's doing a great job.” It seems reasonable to assume that she's being more candid in an interview with Good Housekeeping than her husband, the actual candidate, is being on the stump or in TV appearances.

On a side note, later in the interview, Ann Romney has a bit of a Rick Perry moment and forgets the five points of her husband’s jobs plan. “[H]e has five things that are simple for people to understand: One is to get rid of regulation; one is to start using our natural resources; one is to turn to human capital, which is education, and get that working again; and ... oh, I'm not sure on the last two! (Laughs)”