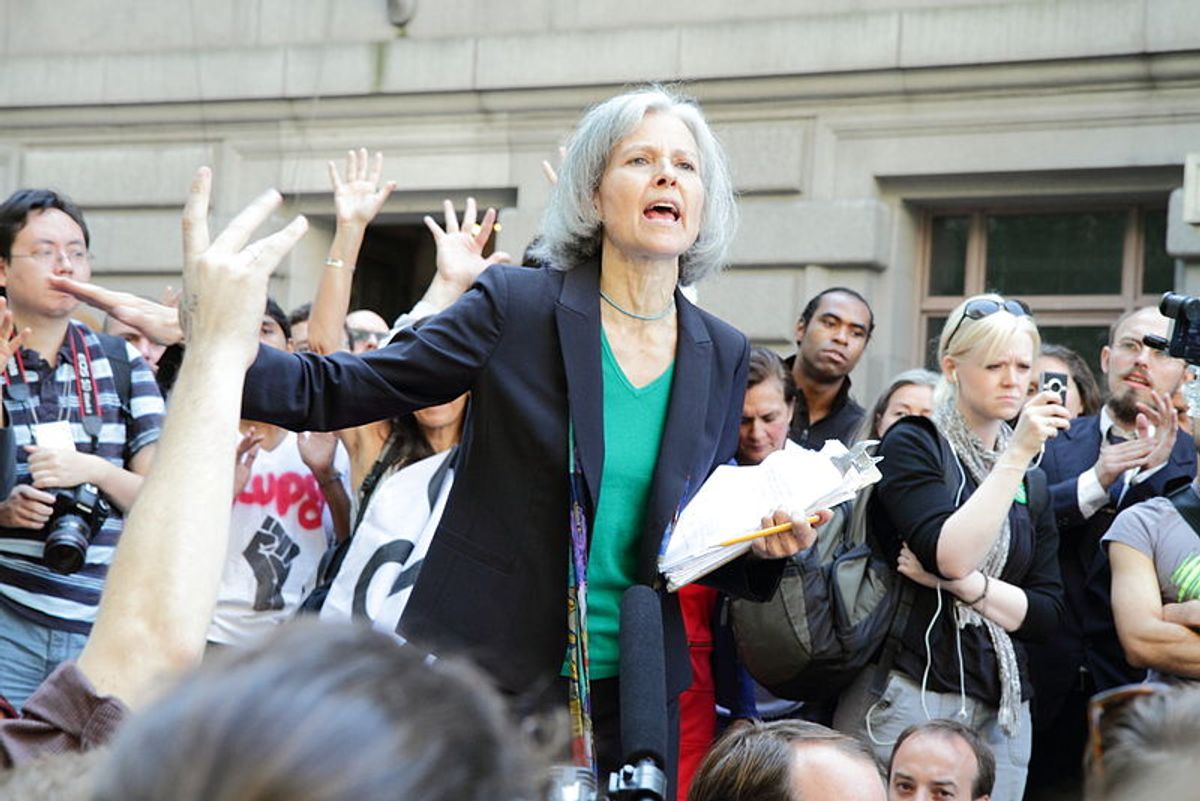 Stein and Honkala were met by a line of Nassau County police as they approached the debate grounds entrance with a group of supporters. "We are here to bring the courage of those excluded from our politics to this mock debate, this mockery of democracy," Stein said in an impromptu press conference before her arrest.

Stein and Honkala attempted to enter the debate hall but were pushed back by police. They were eventually arrested for blocking traffic when the two sat down in the street outside the university.

According to a release from the Green Party, their presidential and vice-presidential candidates spent eight hours in police custody "handcuffed to a metal chair in a remote police warehouse on Long Island." Honkala, a renowned anti-poverty advocate, called her incarceration, "extremely uncomfortable, but standard for what so many Americans face on a daily basis in our corrections system."

The Green Party nominees will appear on 85 percent of ballots on election day and are polling at around 2 - 3 percent. Stein has earned the endorsement of Noam Chomsky and Pulitzer Prize winner Chris Hedges. However, the Commission on Presidential Debates stipulates that a candidate must garner at least 15 percent in national polls in order to participate in debate events like Tuesday night's at Hofstra. Gary Johnson, the Libertarian Party presidential candidate complained earlier this year that the CPD is designed "to protect the interests of Republicans and Democrats."

Watch video of Stein and Honkala's arrest below (via Russia Today):