When it comes to social issues, Obama said, Romney is "more extreme" than George W. Bush 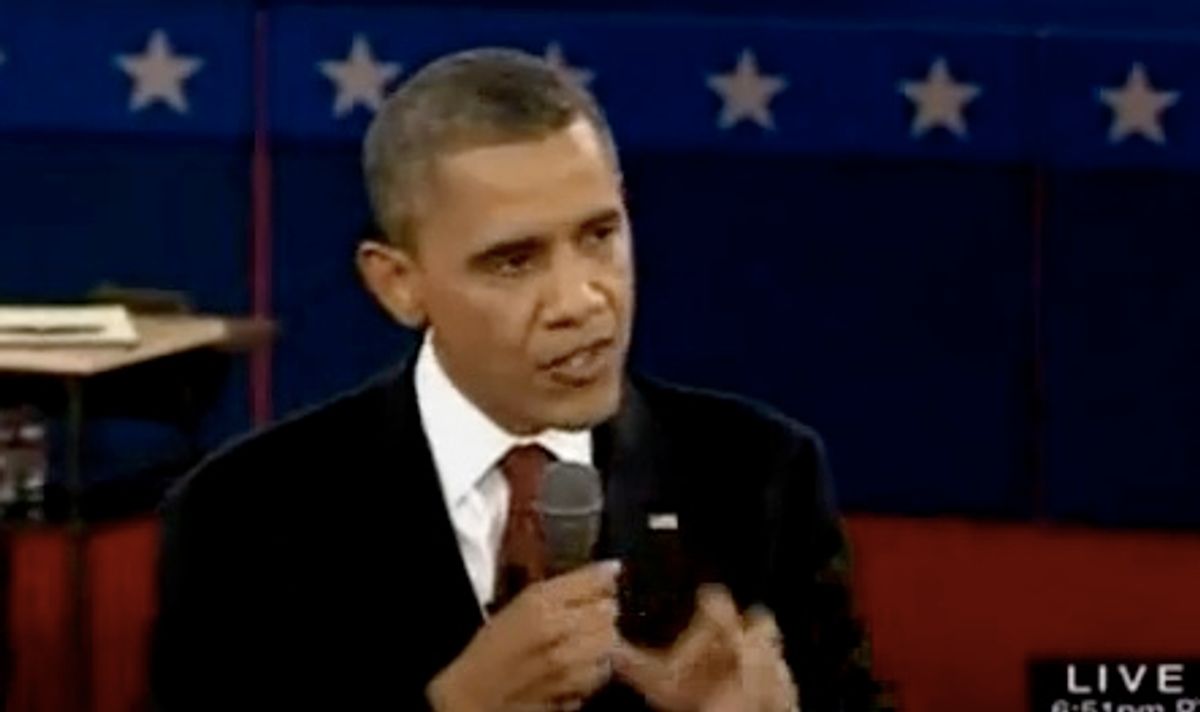 "There are differences between Gov. Romney and George Bush," Obama said in the second debate. "But they're not on economic policy. In some ways he's gone to a more extreme place when it comes to social policy."