Keith Ellison and his Republican challenger got heated during a debate 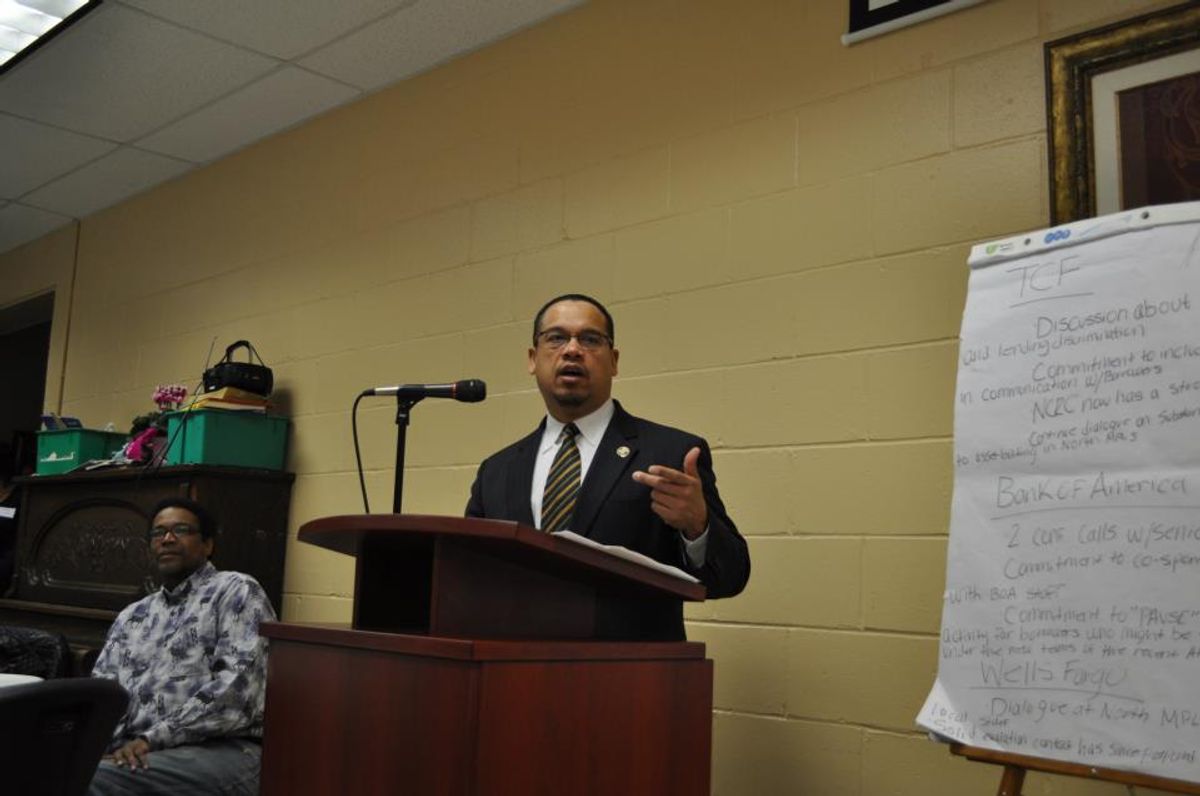 Rep. Keith Ellison, D-Minn., apologized for referring to his Republican election opponent Chris Fields as a "low-life scumbag" in their debate this morning.

The Minneapolis City Pages reports that during the debate, things got so heated that the radio network carrying the debate "temporarily put on hold" and cut away. From Aaron Rupar at the City Pages:

"The highlight came about halfway through the debate when Fields accused Ellison of raising money to research Fields personal life. Earlier this month, City Pages reported on a restraining order Fields' ex-wife filed against him back in 2006, though it's unclear who paid for the research that dug up the court filing. Ellison, who accused Fields of lying repeatedly throughout the debate, took particular umbrage with the you-spent-money-to-get-dirt-on-me accusation and went into meltdown mode.

'You're really stupid for bringing up the domestic violence," Ellison said. 'You're a scumbag. You're a lowlife scumbag.'"