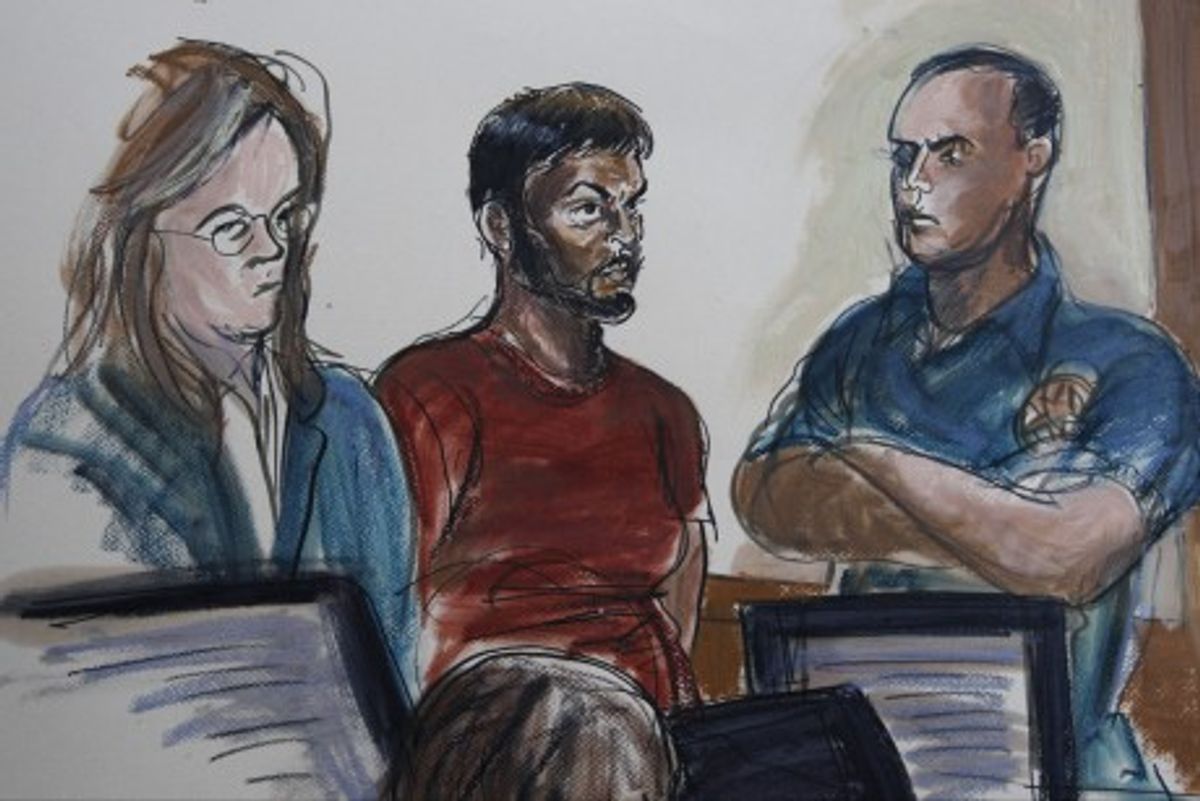 Following his appearance in a Brooklyn court Thursday morning, more details are emerging about the Bangladeshi man who allegedly tried to detonate what he thought was a 1,000-pound bomb outside the Federal Reserve building in Manhattan.

Quazi Mohammad Rezwanul Ahsan Nafis, 21, is the son of a middle class Dhaka banker, who, according to the AP, reacted to news of his son's terrorist aspirations with disbelief. Following an unsuccessful period as a student at the private North South University in Dhaka, Nafis moved to the U.S. on a student visa in January. He had been living recently in Jamaica, Queens. CBS reported Thursday that Nafis "had made statements that he was in contact with a Qaida network before he arrived in the United States...[and] allegedly said he admired the radical U.S.-born cleric Anwar al-Awlaki." Al-Awlaki was controversially executed by a U.S. drone strike without due process usually afforded to U.S. citizens.

Nafis made contact online with an FBI agent posing as an al-Qaida operative in July. Since then, according to the court complaint, the two planned the fake bomb attack with the FBI providing Nafis with the materials for what he believed to be a 1,000-pound bomb. In taped meetings between the agent and the suspect, Nafis expressed a willingness to kill himself in the attack. "In a written letter taking responsibility for the Federal Reserve job he was about to carry out, he said he wanted to 'destroy America'," CBS reported.

Aspects of the case already surfaced show Nafis to be committed but clueless. "The thing that I want to do, ask you about, is that, the thing I'm doing, it's under al-Qaida?" the 21-year-old asked the undercover agent in a tapped Queens hotel room.

On Wednesday, Nafis parked a van filled with the FBI-provided fake explosives outside the Federal Reserve bank and attempted to detonate them using a cell phone. Federal agents then moved in. The suspect faces charges for attempting to use a weapon of mass destruction and providing material support to al-Qaida, although there is no evidence that Nafis received any training or direction from genuine al-Qaida cells.

The acting head of the FBI's New York office, Mary Galligan, praised the sting. "Attempting to destroy a landmark building and kill or maim untold numbers of innocent bystanders is about as serious as the imagination can conjure," she said. The actual, material threat posed by Nafis's imagination without the assistance of FBI undercovers remains to be known, once again highlighting the thin line between FBI stings and entrapment.