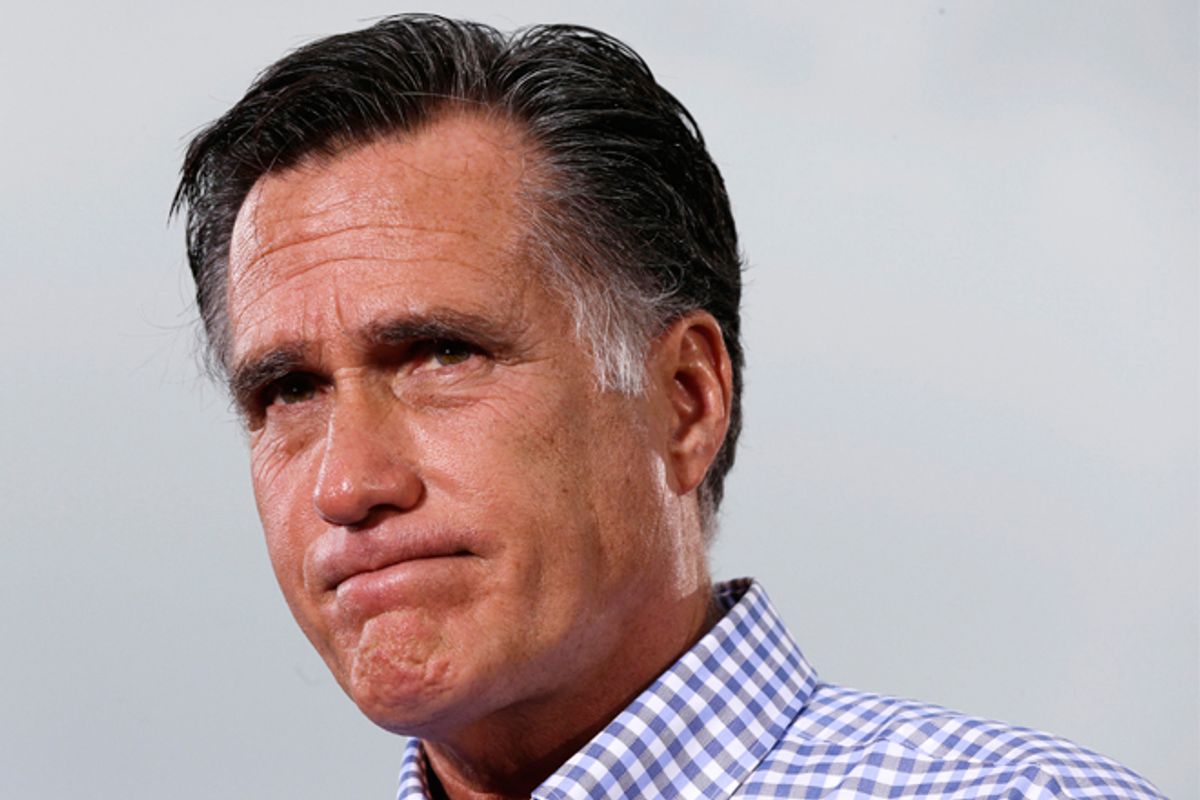 Tax policy can be tedious so let’s make this quick: Mitt Romney proposed a tax plan, it didn’t add up, so he tweaked it. Now, a new study from the same people who dismantled his original plan finds the modified plan doesn’t add up either -- nowhere near it.

First, a refresher: Romney’s personal income tax plan is to reduce the tax rate by 20 percent for all Americans, as well as do a few other things. That cut would cost about $5 trillion over 10 years. So how will Mitt Romney pay for this? He hasn’t said exactly. All he has said is that he’ll eliminate many of the tax credits and deductions that litter the tax code, while not raising taxes on the middle class. But it turns out trying to do that is completely impossible, as an important study from the nonpartisan Tax Policy Center found. There simply are not enough deductions that mainly affect upper income brackets in the tax code to make up for how much revenue would be lost in Romney's cuts.

At first Romney’s campaign tried to discredit the study as a left-wing smear, but when that didn’t really work -- the TPC is a joint project of the Brookings Institution and the Urban Institute, two well-respected D.C. think tanks -- Romney offered a modification: He’ll cap the amount of deductions wealthy people can take. Basically this means that Romney’s plan would limit the amount of money rich people could save via the tax code at a finite level (he’s offered several possibilities: $17,000, $25,000 or $50,000). This is probably actually a very good idea, considering that rich people enjoy a whopping 80 percent of the savings from itemized deductions, but is it enough to pay for Romney’s $5 trillion cut?

Well, the jury (the Tax Policy Center, in this case) has returned with a verdict: No. Not even close. While it’s difficult to estimate because Romney has provided so few details, even the most generous version of Romney’s deduction cap would raise about only $1.3 trillion -- about a quarter of the full cost -- according to their new study, which was released yesterday afternoon. And that doesn’t include the additional roughly $2.5 trillion it would cost to extend all the Bush tax cuts, as Romney plans to. So he's over $6 trillion short for the decade, and starting with a big deficit.

In response to the study, a Romney spokesperson said, "The Tax Policy Center has again inserted their own assumptions in order to reach a biased conclusion." That's true, as TPC readily admits in their study, but it's only because Romney hasn't provided enough details to perform a fuller analysis. This obfuscation of the details is convenient when they want to dismiss studies they disagree with.

Considering that Romney built a successful company and massive fortune in part on clever exploitation of the tax code, one has to assume he knows better than this.