Weird news: Elk relocated after having sex with cow in public 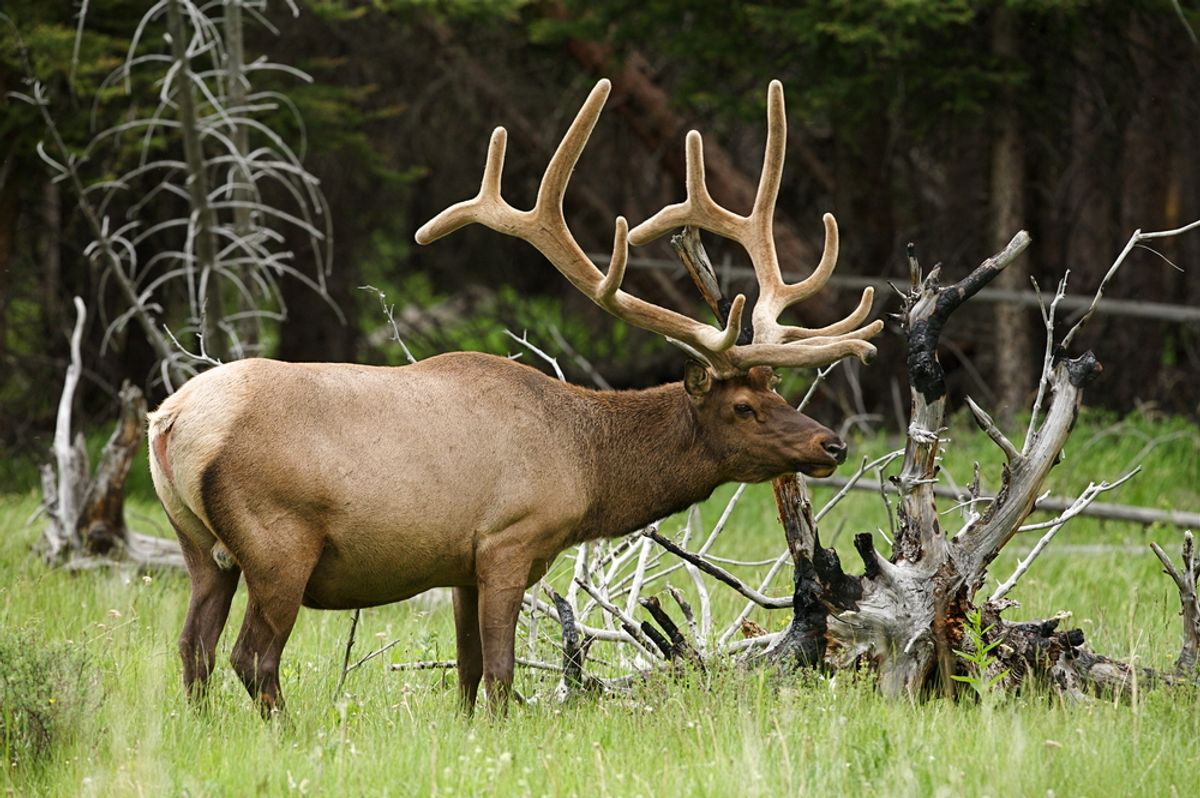 The Star reports that a bull elk, a massive creature that rancher Greg Messner estimates to weigh about half a ton, has been relocated from 100 Mile Ranch in Canada's western province of British Columbia because it became a dangerous distraction. Messner explains that elk are rare in the area -- a passersby dubbed it "The Elk." “It’s kind of like the Queen,” Messner said. “There’s only one of them.”

The Elk had apparently taken a fancy to Messner's herd of cows, a romance that evolved gradually over the past three years. He told the Star, “He stuck around for a couple of days the first year,” said Messner. “Then last year, he was just hanging around again for a couple of weeks and not really doing anything, just hanging around and looking at the cows. This year, he decided to go for it." The Star writes:

This year, the beast decided to stay a while and ended up mingling in the herd for about two months during its rutting season.

One of Messner’s cows was also in heat and the pair became a freakish but constant spectacle.

“If you were there watching, it would be an X-rated movie. Several times a day,” Messner said through a chuckle.

“He was pretty aggressive. He’d put his head down with his great big antlers and poke the little calves and push them away and send them for a little ride once in a while and flick them around.”

Aggressive inter-species sex isn't what prompted Messner to get rid of The Elk, however (Messner estimates that even though the elk "had a huge rack," the likelihood of the cow becoming pregnant was low due to an incompatible chromosome count). The spectators were the problem. Messner noticed that cars would stop to watch the pair during intercourse near the highway, creating "a real dangerous situation." Eventually, according to Messner, hunters even showed up, hoping to poach the elk.

That's when the rancher called in a conservation officer who sedated the elk and took it 20 kilometers out of town. But it sounds like Messner believes in true love -- or at least lasting attraction. “I kind of think he will be back next year," he said.