One of Lebanon's top security officials, Wissam al-Hassan, was reportedly the target 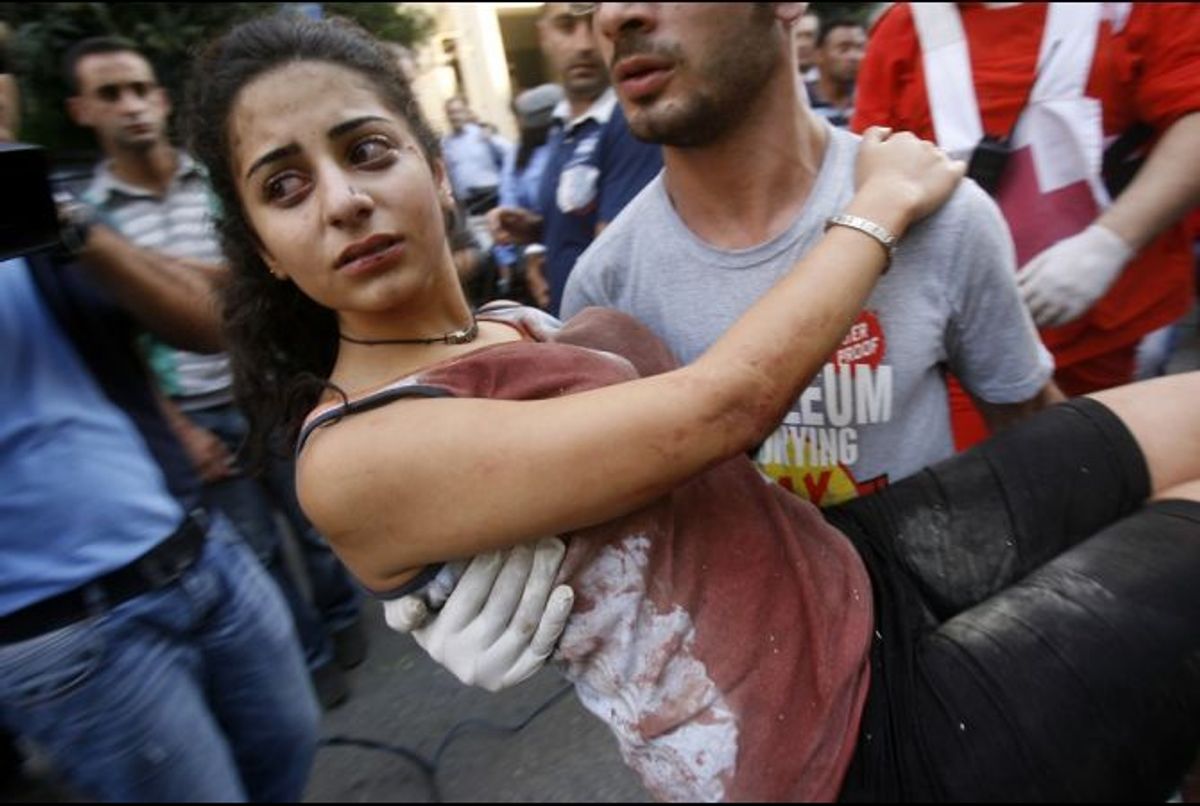 According to the BBC at least eight people have been confirmed dead in the blast, which happened in Sassine Square, a busy part of the mostly Christian Ashrafiya district in the eastern part of the Lebanese capital.

Hassan was the target of the attack, a Lebanese police official told the Associated Press.

The source said he hadn't yet confirmed whether Hassan was hit, but according to Reuters, at least one Lebanese TV station is reporting that Hassan was among those killed.

He is described as the head of Lebanon's internal security service. The Guardian said he recently led an investigation into a Lebanese former minister, Michel Samara, who supports Syria President Bashar al-Assad and has been accused of planning terrorist attacks.

The 19-month conflict in neighboring Syria has fueled tensions in Lebanon between supporters and opponents of Assad.

If Hassan's death is confirmed, the Guardian's Middle East correspondent, Martin Chulov, said it would be "the most dangerous event in Lebanon since assassination of [former Lebanese prime minister] Rafiq Hariri in 2005."

Hassan was closely involved in investigating Hariri's death and blamed the murder on Shiite militant group Hezbollah, according to the Washington Post. He remained a close ally of Saad Hariri, Sunni opposition leader, former prime minister and Rafiq's son.

GlobalPost correspondent Hugh Macleod said from Beirut that Wissam Hassan is "the ISF official who led the sting operation against one of Bashar Assad's top men in Lebanon, Michel Samaha."

MacLeod continued in an e-mail: "Samaha was considered untouchable until he was arrested in August caught on video bringing bombs into Lebanon. The operation was led by the ISF, which is one of Lebanon's security branches allied with the pro-West anti-Syrian March 14 camp, as opposed to the March 8, Hezbollah-led, pro-Syrian alliance. If Hassan has been assassinated he will join the list of Lebanese officials who dared to investigate Syria's murky role in Lebanon, including Wissam Eid, who found Hezbollah phone records linking their members to killing of Rafik Hariri."

"There is a clear pattern in which anybody who opposes Damascus' malign role in Lebanon, whether through its heavy handed security occupation or its overt meddling in Lebanese politics, is assassinated," he wrote.

Today’s car bomb blast occurred during rush hour when many parents were picking up their children from school, Reuters said. It was the first "major car bomb attack" in Beirut in four years, according to the BBC.

The Associated Press said one of its reporters at the scene saw “bloodied people being helped into ambulances and heavy damage” to nearby buildings.

This video posted on YouTube purportedly shows the aftermath of the explosion.