How Mitt Romney made a fortune off the auto bailout

Mitt Romney opposed the auto bailout, but that didn't stop him making up to $15 million from it 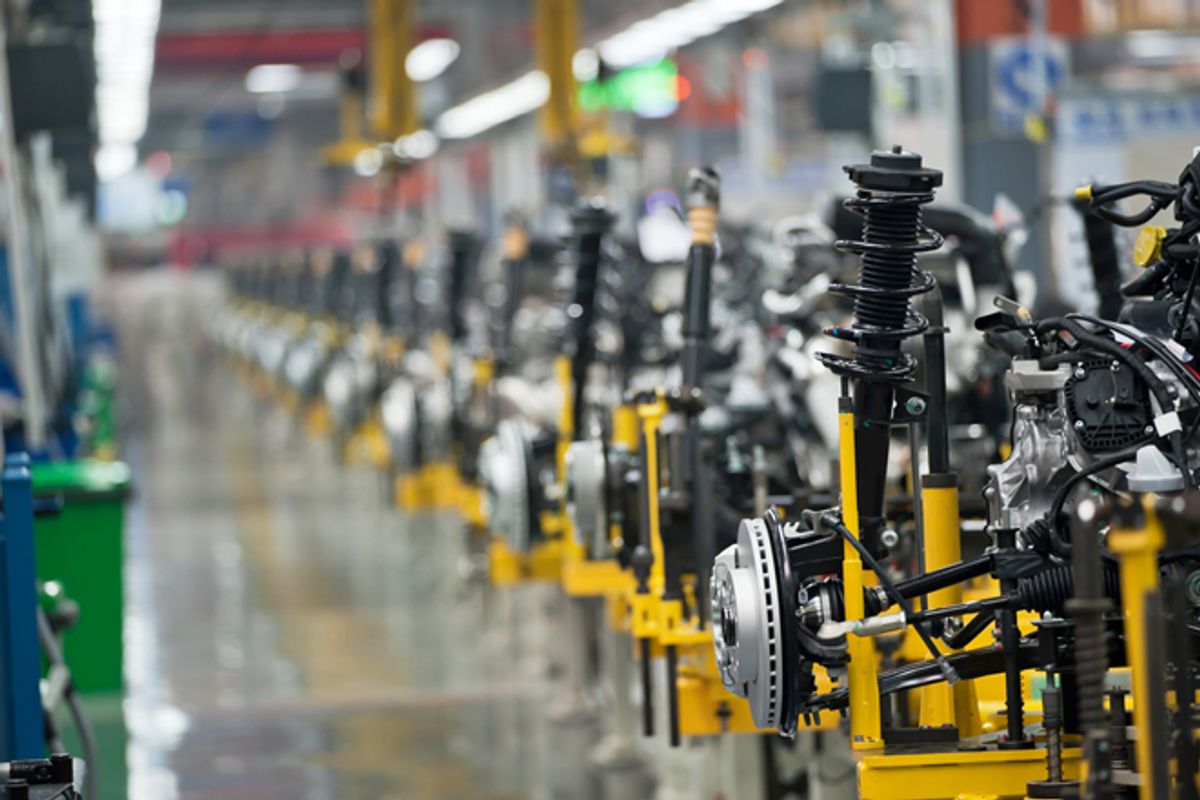 Faced with the hard facts that “bin Laden is dead and General Motors is alive,” as Vice President Biden always says, Mitt Romney has resorted to claiming that Obama followed his lead on the auto industry bailout. “I know [Obama] keeps saying, you wanted to take Detroit bankrupt," he said during this week's debate at Hofstra University. "Well, the president took Detroit bankrupt.” Romney's right, in a way -- both his plan and Obama’s plan envisioned the auto companies going through a period of bankruptcy restructuring. But there’s a key difference: Obama's approach was to use government dollars to prop up the auto companies until they could stand on their own again -- something that Romney, like other Republicans in the Tea Party's anti-spending thrall, adamantly opposed as dangerous government intervention in private industry.

But it turns out that Romney should know firsthand that this kind of intervention can be successful, as a new report shows that he and his wife made at least $15.3 million courtesy of Obama's auto bailout. According to a Greg Palast, who followed the paper trail for the Nation, Romney and his wife made the money via an investment in a hedge fund that saw astronomical returns on its investments in an auto parts maker that would have gone under absent the president's rescue operation.

Delphi, the auto parts company, was once part of General Motors but was spun off in 1999. It foundered on its own and declared bankruptcy in 2005, at which point hedge funds came in and bought up the company’s old debt. Among them was Elliott Management, a giant in the industry run by GOP mega-donor Paul Singer. Romney was an investor. Elliott and the other hedge funds were able to buy Delphi’s toxic debt for a fraction of their face value, around 20 cents on the dollar. In 2009, as bailout negotiations were underway, Elliott used their bonds to buy large shares in the company, again for pennies (this time for about 67 cents per share). Not only would Delphi have gone out of business along with its largest customer, GM, but the parts maker got at least $2.8 billion directly from the taxpayer-funded Troubled Assets Relief Program (TARP). In 2011, Elliott and the other hedge funds took Delphi public at $22 a share, making a whopping 3,000 percent return on their investment of less than 70 cents a share.

So how much did Romney make? His personal financial disclosure forms say he and Ann Romney had at least $1 million invested, but the disclosure rules are so vague that it could be far more. Palast sketches out the possible windfall:

It is reasonable to assume that Singer treated the Romneys the same as his other investors, with a third of their portfolio invested in Delphi by the time of the 2011 initial public offering. This means that with an investment of at least $1 million, their smallest possible gain when Delphi went public would have been $10.2 million, plus another $10.2 million for each million handed to Singer -- all gains made possible by the auto bailout.

But that’s just the beginning. Since the November 2011 IPO, Delphi’s stock has roared upward, boosting the Romneys’ Delphi windfall from $10.2 million to $15.3 million for each million they invested with Singer... The Romneys’ exact gain, however, remains nearly  invisible—and untaxed—because Singer cashed out only a fragment of the windfall in 2011.