Democrat Richard Carmona apologized for a joke about the male moderator 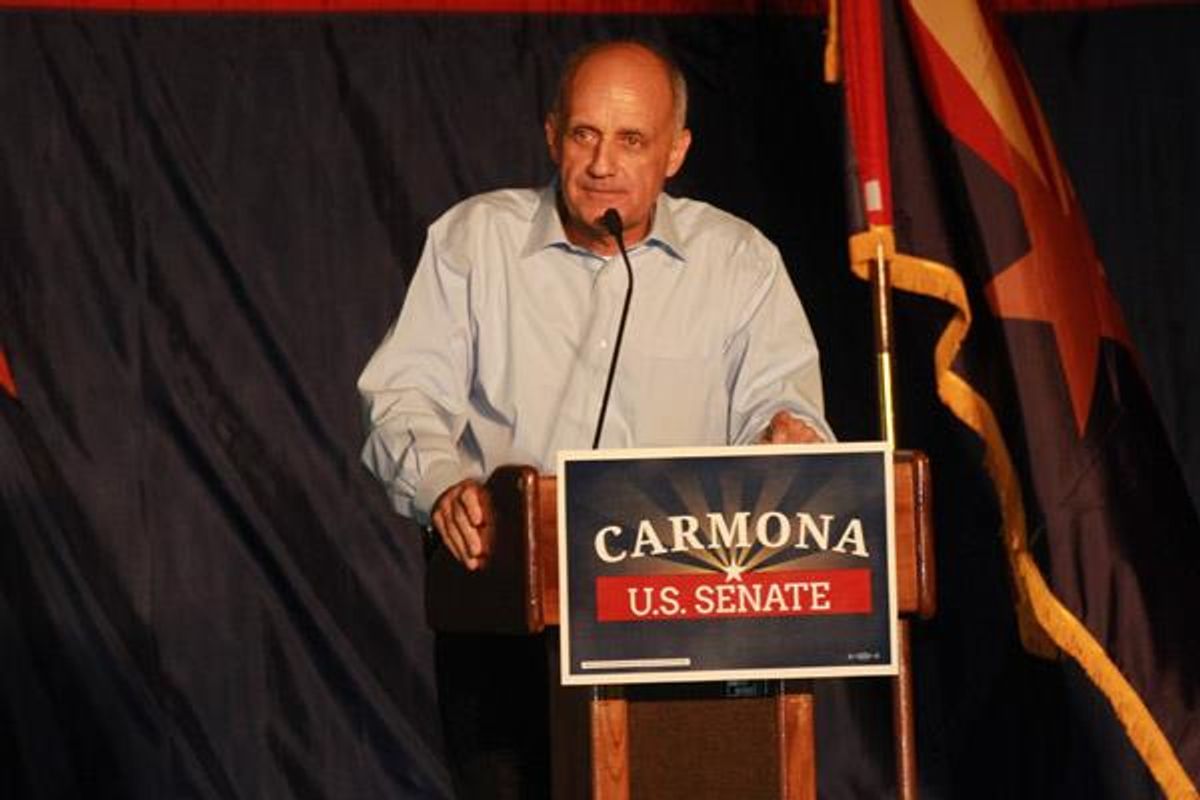 Richard Carmona, D-Ariz., apologized for telling a male moderator that he is prettier than Candy Crowley during a debate with his opponent in the Senate race, Republican Rep. Jeff Flake.

“You’re prettier than her,” said Carmona.

Carmona, whom Flake has accused of having a problem working well with women, said in a statement: "I tried to tell a joke to lighten the mood in a debate. I shouldn't have, and I'm sorry."