The TSA hopes the decision will speed up checkpoints at busier travel hubs like LAX, O'Hare and JFK 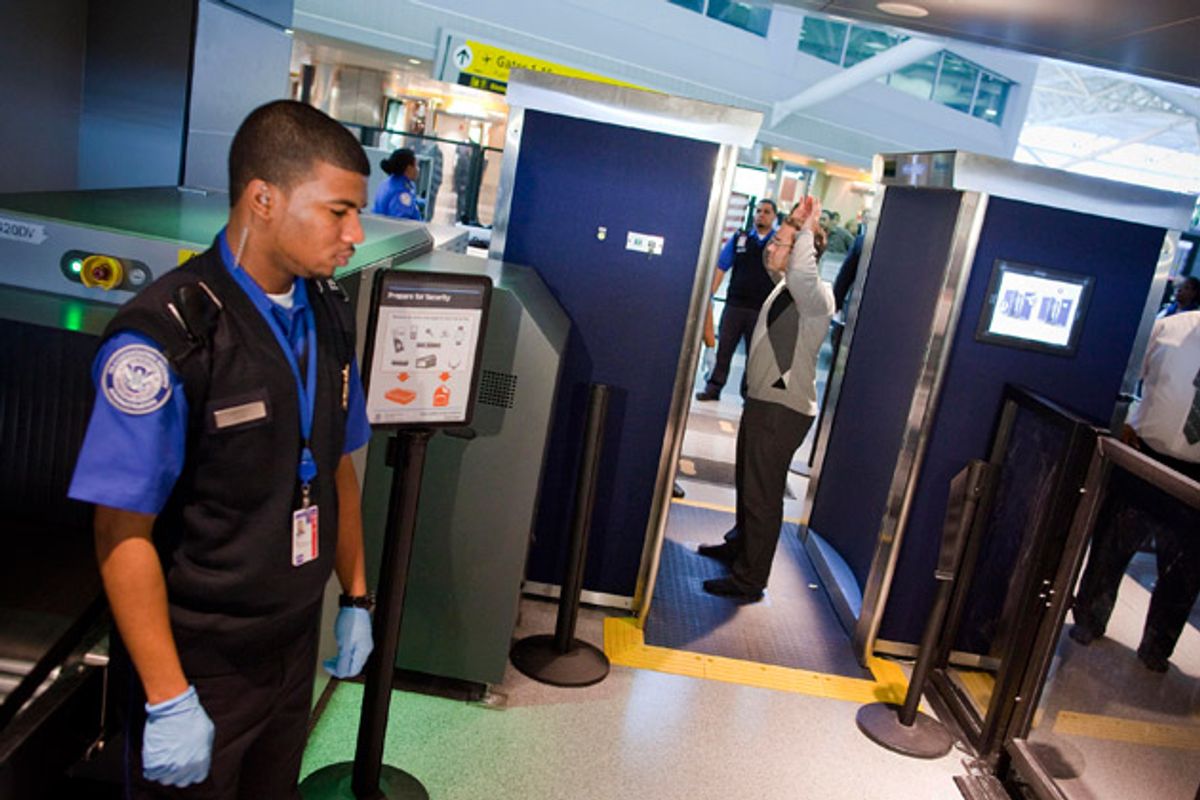 The Transportation Security Administration has been quietly removing its X-ray body scanners from major airports over the last few weeks and replacing them with machines that radiation experts believe are safer.

The TSA says it made the decision not because of safety concerns but to speed up checkpoints at busier airports. It means, though, that far fewer passengers will be exposed to radiation because the X-ray scanners are being moved to smaller airports.

The backscatters, as the X-ray scanners are known, were swapped out at Boston Logan International Airport in early October. Similar replacements have occurred at Los Angeles International Airport, Chicago O'Hare, Orlando and John F. Kennedy in New York, the TSA confirmed Thursday.

The X-ray scanners have faced a barrage of criticism since the TSA began rolling them out nationwide after the failed underwear bombing on Christmas Day 2009. One reason is that they emit a small dose of ionizing radiation, which at higher levels has been linked to cancer.

In addition, privacy advocates decried that the machines produce images, albeit heavily blurred, of passengers' naked bodies. Each image must be reviewed by a TSA officer, slowing security lines.

"They're not all being replaced," TSA spokesman David Castelveter said. "It's being done strategically. We are replacing some of the older equipment and taking them to smaller airports. That will be done over a period of time."

He said the TSA decided to move the X-ray machines to less-busy airports after conducting an analysis of processing time and staffing requirements at the airports where the scanners are installed.

The radiation risk and privacy concerns had no bearing on the decision, Castelveter said.

Asked about the changes, John Terrill, a spokesman for Rapiscan — which makes the X-ray scanners — wrote in an email, "No comment on this."

The TSA is not phasing out X-ray body scanners altogether. The backscatter machines are still used for screening at a few of America's largest 25 airports, but the TSA has not confirmed which ones. Last week, Gateway Airport in Mesa, Ariz., installed two of the machines.

Moreover, in late September, the TSA awarded three companies potential contracts worth up to $245 million for the next generation of body scanners — and one of the systems, made by American Science & Engineering, uses backscatter X-ray technology.

The United States remains one of the only countries in the world to X-ray passengers for airport screening. The European Union prohibited the backscatters last year "in order not to risk jeopardizing citizens' health and safety," according to a statement at the time. The last scanners were removed from Manchester Airport in the United Kingdom last month.

Here's a side-by-side comparison of the two types of body scanners the TSA uses.

The X-ray scanner looks like two blue refrigerator-sized boxes. Unseen to the passenger, a thin beam scans left and right and up and down. The rays reflect back to the scanner, creating an image of the passenger's body and any objects hidden under his or her clothes.

The millimeter-wave scanner looks like a round glass booth. Two rotating antennas circle the passenger, emitting radio frequency waves. Instead of creating a picture of the passenger's body, a computer algorithm looks for anomalies and depicts them as yellow boxes on a cartoon image of the body.

According to many studies, including a new one conducted by the European Union, the radiation dose from the X-ray scanner is extremely small. It has been repeatedly measured to be less than the dose received from cosmic radiation during two minutes of the airplane flight.

Using those measurements, radiation experts have studied the cancer risk, with estimates ranging from six to 100 additional cancer cases among the 100 million people who fly every year. Many scientists say that is trivial, considering that those same 100 million people would develop 40 million cancers over the course of their lifetimes. And others, including the researchers who did the EU study, have said that so much is unknown about low levels of radiation that such estimates shouldn't be made.

Still, the potential risks have led some prominent scientists to argue that the TSA is unnecessarily endangering the public because it has an alternative — the millimeter-wave machine — which it also deems highly effective at finding explosives.

"Why would we want to put ourselves in this uncertain situation where potentially we're going to have some cancer cases?" David Brenner, director of Columbia University's Center for Radiological Research, told ProPublica last year. "It makes me think, really, why don't we use millimeter waves when we don't have so much uncertainty?"

Although there has been some doubt about the long-term safety of the type of radio frequency waves used in the millimeter-wave machines, scientists say that, in contrast to X-rays, such waves have no known mechanism to damage DNA and cause cancer.

The TSA has said that having both technologies encourages competition, leading to better detection capabilities at a lower cost.

But tests in Europe and Australia suggest the millimeter-wave machines have some drawbacks. They were found to have a high false-alarm rate, ranging from 23 percent to 54 percent when figures have been released. Even common things such as folds in clothing and sweat have triggered the alarm.

In contrast, Manchester Airport officials told ProPublica that the false-alarm rate for the backscatter was less than 5 percent.

No study comparing the two machines' effectiveness has been released. The TSA says its own results are classified.

Each week, the agency reports on various knives, powdered drugs and even an explosives detonator used for training that have been found by the body scanners.

But Department of Homeland Security investigators reported last year that they had "identified vulnerabilities" with both types of machines. And House transportation committee chairman John Mica, R-Fla., who has seen the results, has called the scanners "badly flawed."