The vessel Estelle aimed to carry humanitarian goods through the blockade 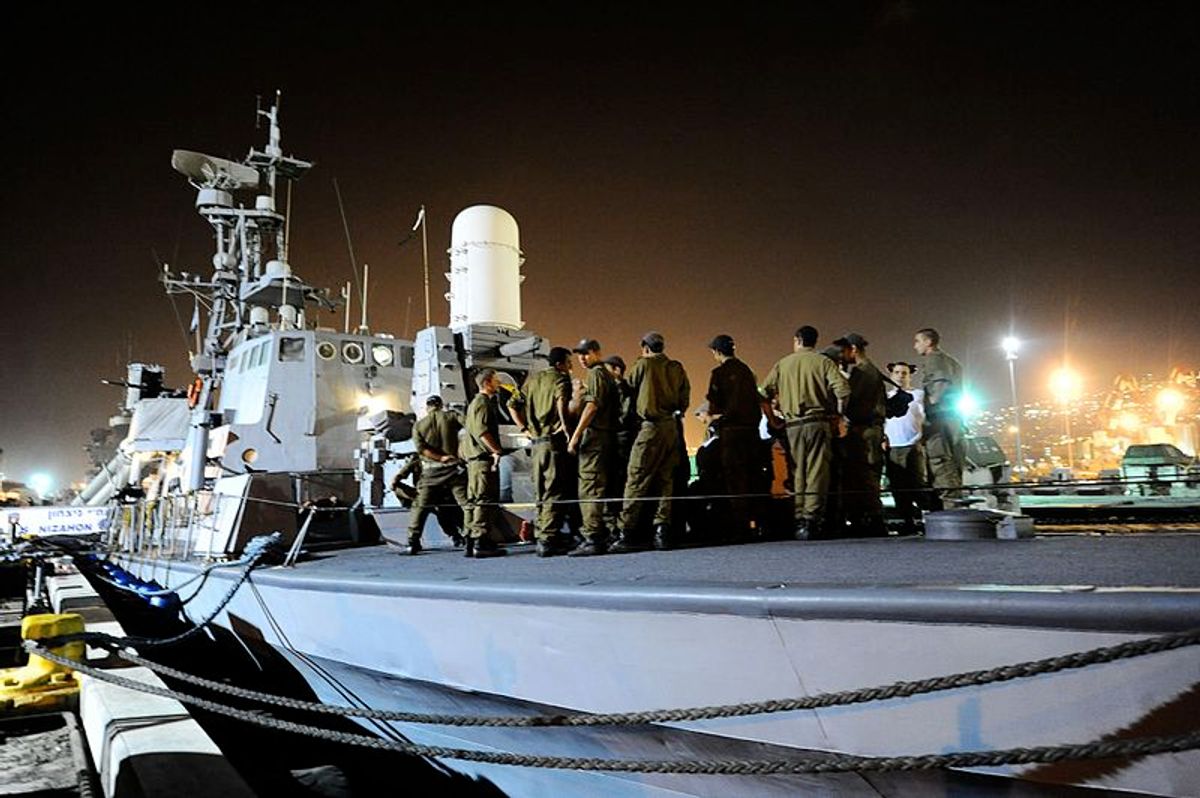 Another activist ship aiming to break the Gaza blockade has been blocked by Israeli forces and rerouted. The Guardian reported that the Estelle, carrying Palestinian rights supporters from Europe, Canada and Israel was followed then boarded by Israeli marines with no casualties incurred.

The ship, which left Italy in on Oct. 7, hoped to bring "humanitarian cargo such as cement, and goodwill items such as children's books" to the besieged Palestinians.

The Estelle is among a series of aid ships which Israel has stopped from reaching Gaza, including the 2010 Gaza Freedom Flotilla, which Israel naval commandos boarded, killing nine activists.

The Guardian noted following the Estelle's thwarted mission, "Israel maintains a tight naval blockade of Gaza, which it maintains is necessary to prevent arms smuggling to Hamas and other Palestinian militants."