Within 4 minutes he compares immigrants to dogs, wonders where Obama was born, promotes a Huma Abedin witch hunt 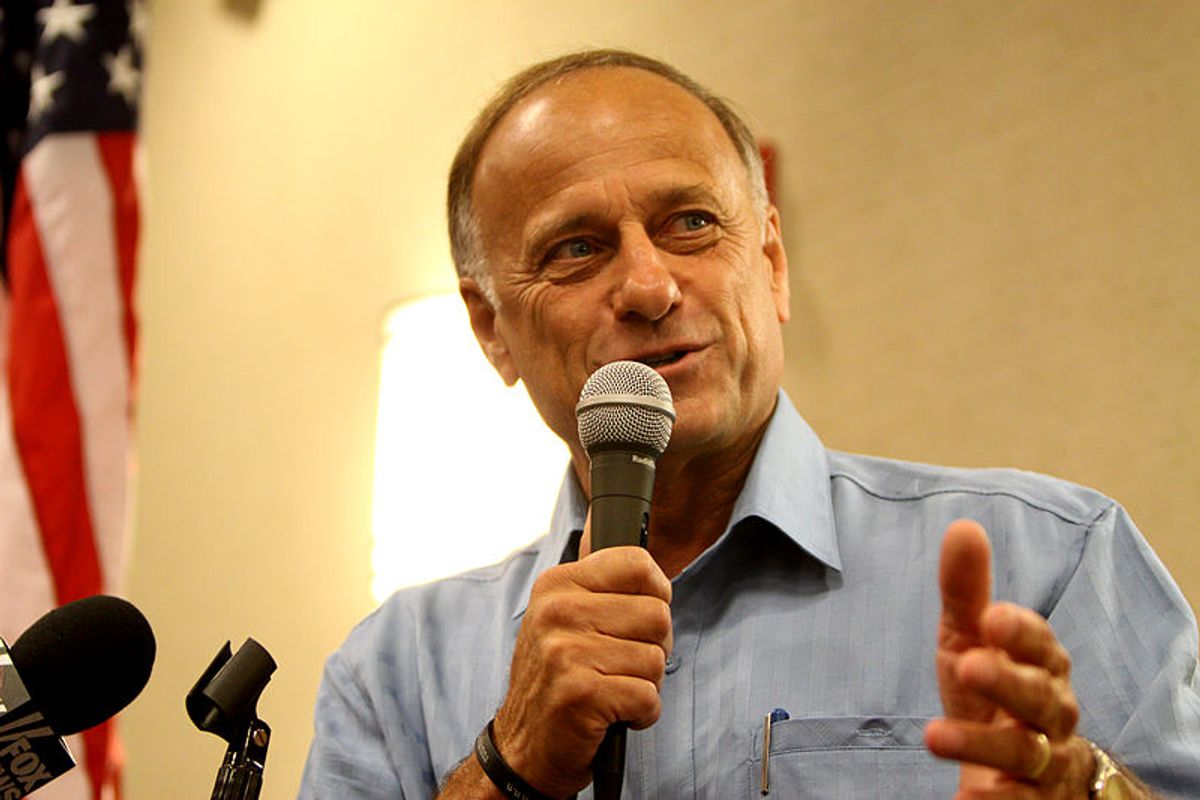 Iowa congressman Steve King, who has compared immigrants to dogs and defended dog fighting in the past, hit a series of wingnut hot buttons Sunday during an interview with Des Moines' local WHO-TV.

King once again defended his comparison of the "vigorous" U.S. immigrant selection process to how dog buyers would choose the "pick of the litter."

"It was a compliment," he said to the host.

He went on to say "I don't know where he was born" of the president. He then doubled down on claims that Huma Abedin had family connections to the Muslim Brotherhood, telling the host, "I say it appears to be the objective truth and I think we should look at those relationships, especially when someone's that closely related to the staff of the Secretary of State. It becomes a critical issue and if you broaden this thing out to the Libyan situation and see the kind of performance we've had of this administration."

He also said has no position on whether states should be allowed to ban the sale of contraceptives.

Watch the video below via YouTube, apologies for poor quality: