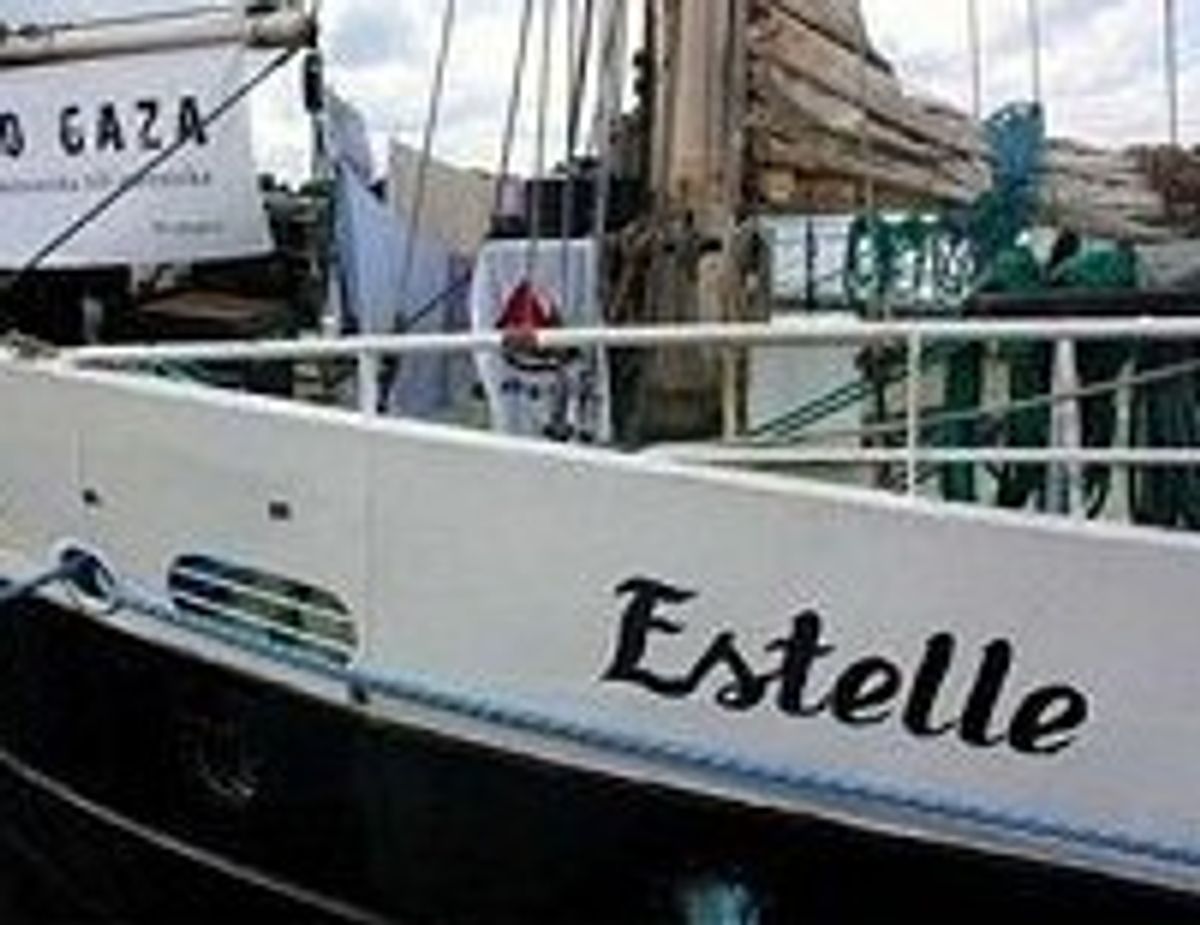 As Salon reported Sunday, Israeli forces this weekend blocked and rerouted the ship Estelle, carrying activists aiming to break to Gaza blockade and deliver humanitarian goods to Palestinians. Israeli activists traveling on board the Estelle have since reported harsh treatment by the marines who boarded their vessel to intercept its course.

"They used a completely disproportional amount of force against us," said Elik Elhanan, an Israeli peace activist who had sailed aboard the European ship Estelle. Via a press release, Elhanan described that naval ships surrounded their boat before marines boarded the Estelle. The activist said that the soldiers "used the taser to give me electric shocks." He added, "Even after they completed their takeover of the boat, they continued to use the taser and administer more shocks. But if they think they could deter me and those who sailed with me, they are mistaken."

Elhanan, along with two other Israeli activists detained during the boat raid, was released with no charges by an Israeli court on Monday. Other Estelle passengers, including activists  from Canada and Europe and leftist European parliamentarians, were held at Israel's Port of Ashdod immigration facility, but have since been released and have left Israel. One of the detainees, Spanish journalist Laura Arau, told Spanish news agency Efe that she and other Estelle passengers faced "aggressive" interrogation.

Ricardo Sixto, a left-wing Spanish politician who had sailed on the Estelle, told Efe: "[The Israeli government] has again assaulted a European-flagged vessel, and in international waters, breaching international law." Israel's tight naval blockade of Gaza has stopped a series of aid ships reaching the besieged region. The naval blockade tightened in 2007 when Hamas came to power and Israel claimed it needed to prevent any arms smuggling to Palestinian militants by sea.

The Estelle incident hearkens back to the fatal Israeli raid of the Gaza Freedom Flotilla in 2010, when naval commandos boarded a Gaza-bound aid ship, killing nine Turkish activists.