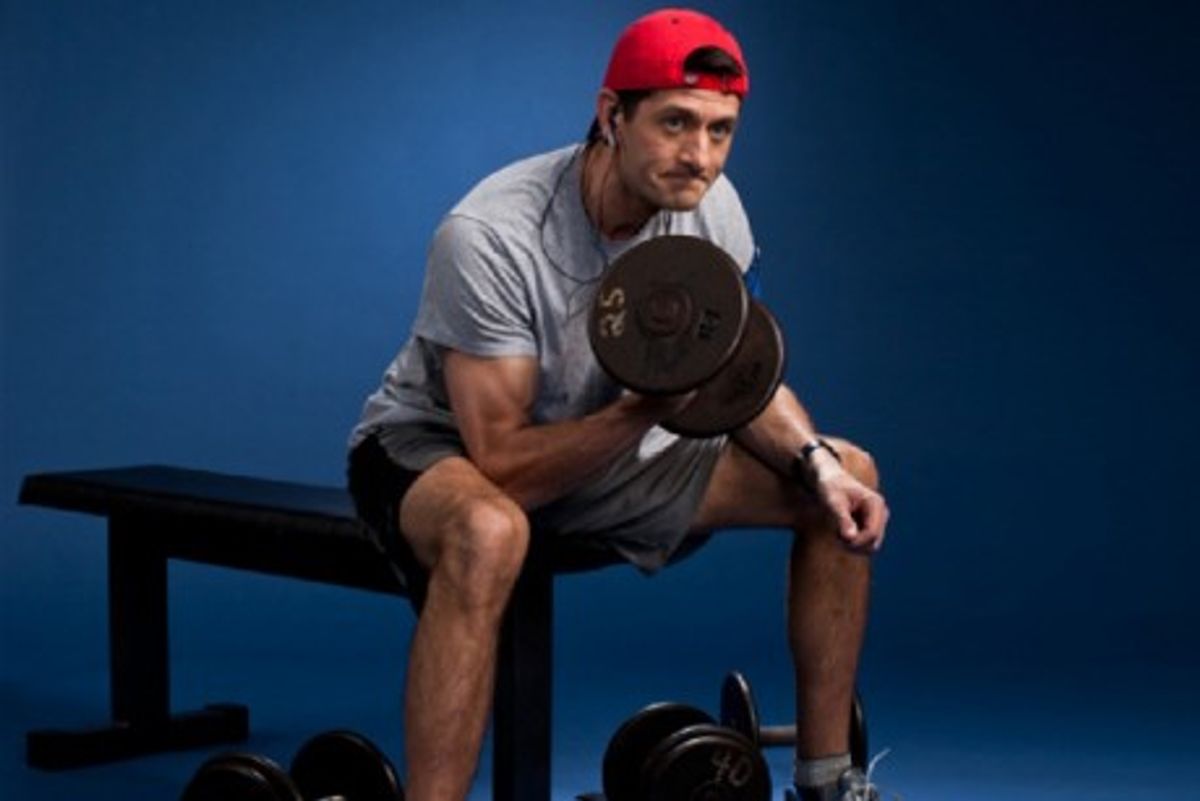 Ryan: case in point? (via facebook.com/themessageis)
--

A study has found that physically strong men are more likely to hold self-interested political opinions than their less muscular male counterparts, the Economist reported. Michael Petersen of the University of Aarhus in Denmark and Daniel Sznycer of the University of California, Santa Barbara, sought to investigate whether any correlations existed between physical characteristics and political views.

Their findings, published in Psychological Science and picked up by the Economist, indicate that in men only there appears to be an alignment of physical strength and expressed political self-interest. The Economist reports:

Dr Petersen and Dr Sznycer found that, regardless of country of origin or apparent ideology, strong men argued for their self interest: the poor for redistribution, the rich against it. No surprises there. Weaklings, however, were far less inclined to make the case that self-interest suggested they would. Among women, by contrast, strength had no correlation with opinion. Rich women wanted to stay rich; poor women to become so.

... The two researchers came to this conclusion after looking at 486 Americans, 223 Argentinians and 793 Danes. They collected data on their volunteers’ strength by measuring the circumference of the flexed biceps of an individual’s dominant arm. (Previous work has shown that this is an accurate proxy for strength.) They then measured people’s status with questionnaires about their economic situation. And they determined a person’s support for redistribution by asking the degree to which he or she agreed with statements like: “The wealthy should give more money to those who are worse off”; and “It is not fair that people have to pay taxes to fund welfare programmes.” They also asked about participants’ political ideologies.

As is often the case with psychological studies, Petersen and Sznycer's variables -- their use of bicep size as a proxy for strength; their definitions of what constitutes political self-interest -- are contentious and problematic. However, suspending a critical eye in the name of fun, this writer's confirmation bias immediately conjured thoughts of Arnold Schwarzenegger and Paul Ryan, compared to Rep. Dennis Kucinich, D.-Ohio, and Sen. Bernie Sanders, I. Vt.