Political aides can expect to take their lumps, but the attacks on Stephanie Cutter are completely unhinged 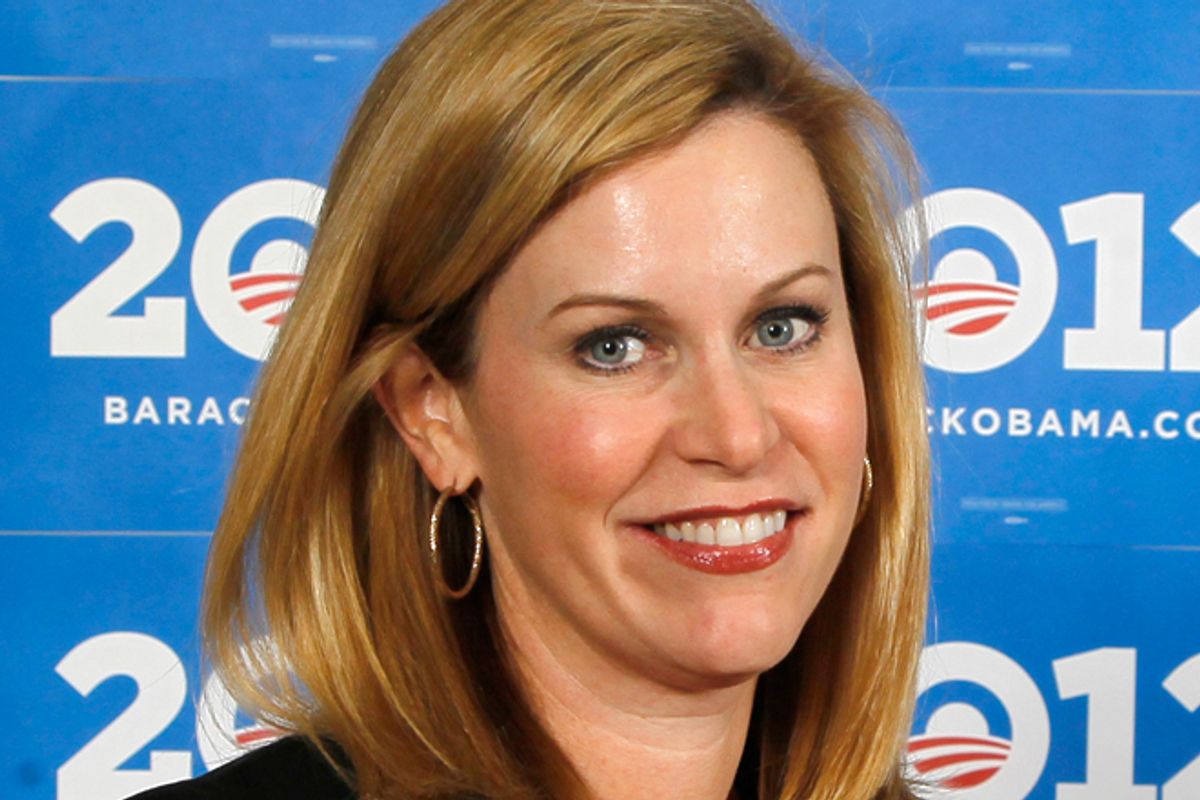 Top political aides on any presidential campaign are bound to end up in the line of fire on occasion. But no official on either side of the aisle has taken more heat this year from blogs and pundits than Stephanie Cutter, Obama's deputy campaign director.

According to Google Trends, Cutter has been more searched than top Obama aides David Axelrod or David Plouffe, despite their relative seniority. Among the top searches for her are "married" and "husband," Axelrod is mostly sought out by people looking for his Twitter handle. And while Axelrod and Plouffe catch plenty of flak from the right, unlike her male colleagues, Cutter's attacks are often personal and vicious, occasionally with gendered undertones.

According to a Romney aide anonymously quoted by BuzzFeed this summer, Cutter is "some hack political adviser from Chicago who has nothing to point to in her own life." The comment came during a row over Cutter's factually accurate claim that Romney could have committed a felony by filing conflicting reports with two government agencies about when he left Bain Capital. Why the aide had to suggest Cutter's life is pointless to respond to a factual claim is unclear.

Rush Limbaugh, meanwhile, has referred to Cutter with the brash mix of sexism and unrequited lust that only he can administer, alternately referring to her as “Obama's chief campaign babe” or the “chief spokesbabe for Obama-Biden.” He’s also insulted her intelligence and suggested she’s just a pretty face for the campaign. “Stephanie Cutter is a puppet.  The words in her mouth have been put there by Obama,” he said in July. More recently, his opinion of her seems to have soured:  “The clueless and blind, lying hack, Stephanie Cutter. I don't know how smart she is. I really don't.”

Former New York City Mayor Rudy Giuliani, meanwhile, mysteriously told Fox News’ Sean Hannity in August, “I would say, this woman has a lot to hide.” “She's a shameless lying liar,” conservative blogger Michelle Malkin told Hannity a few weeks later. Indeed, Hannity seems to have targeted Cutter with a vengeance. He ran a full taped profile segment on the aide, whom he called “the one person that can be credited for driving the hateful tone that has been spewing from team Obama.” “Willing to say anything to get her candidate elected, Cutter has waged a campaign of lies and slander ... using the same tactics for nearly a decade,” Hannity explained. In another segment, he said she had a “difficult and surly personality.”

The Washington Free Beacon, the conservative blog that alternates between damaging scoops about Obama fundraisers and absurdly personal attacks on perceived enemies, especially women, wrote a post attacking Cutter for wearing a designer leather jacket on TV. “As Cutter discussed the struggles of working women and the stay-at-home mothers of the middle class, she sported a $1050 leather jacket,” the unbylined Beacon post notes.

Comments that appear online below stories that portray Cutter negatively often seem to take a viciously sexist turn. “The woman is a douche bag and needs to be ‘bitch slapped’! one comment on YouTube reads. “That bitch that works for him does not sound any better, and yes she is a bitch. Sorry about the language,” reads another on a conservative blog. “[T]hat ugly evil witch needs a good smack in the face,” one commenter on Breitbart.com wrote.

In 2004, Cutter served as communications director for John Kerry’s presidential campaign, and in the aftermath became an easy scapegoat for the infighting that often follows failed campaigns. The attacks, as Politico’s Lois Romano noted this year, “culminated in a famously vicious -- and some argued sexist -- article in Newsweek in 2004 that went so far as to attack her wardrobe among other things.” Indeed, the Newsweek story notes that “Cutter was easy to spot with her dirty-blond hair, short skirts and high boots, as she lectured some sheepish or irked newsperson.”

The fact that she is today one of the Obama campaign’s most visible faces is a testament to her tenacity and talent after the 2004 debacle in which many insiders thought she would never work in politics again, as the Atlantic’s Molly Ball wrote.

Today is Cutter’s birthday. So far, the messages to her Twitter account seem mostly positive, but if word gets out to right-wing trolls, she can, unfortunately, expect a deluge.