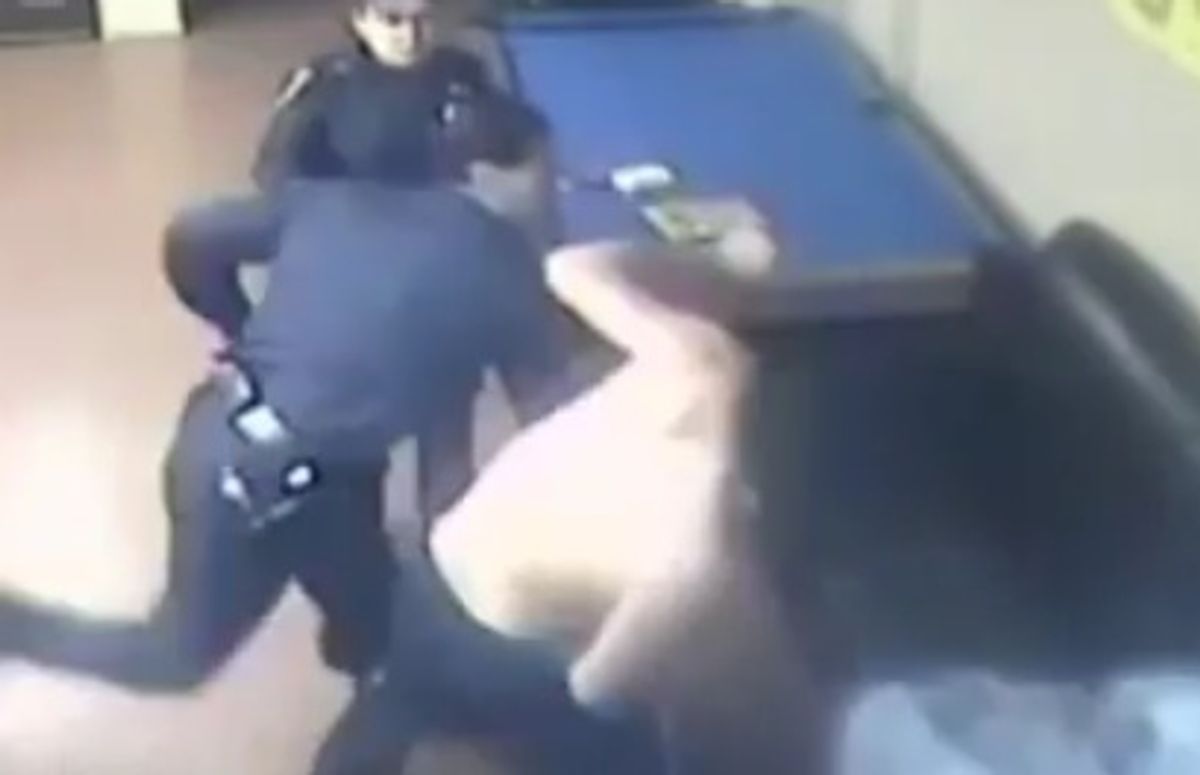 Video of the arrest caught on a security camera was passed to a local news site and soon garnered viral attention. On Monday, according to the AP, The Brooklyn District Attorney's Office said all charges were being dismissed against Halevi. Meanwhile, "the officers are under investigation by the New York Police Department's internal affairs unit and the district attorney's office," the AP reported.

Watch the video of Halevi's arrest below via CrownHeights.info (Warning: Graphic):