In addition to its usual anti-Muslim propaganda, the site is now focusing on "skyrocketing black-on-white violence" 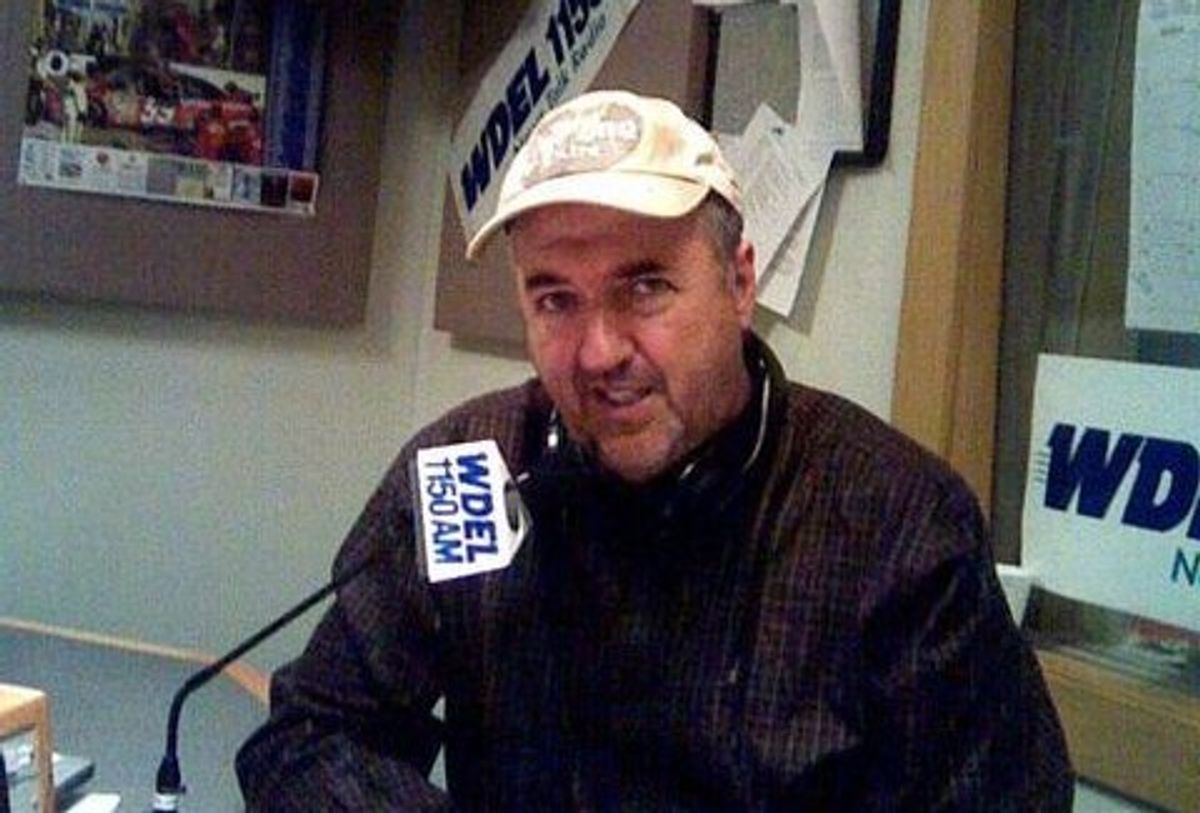 WorldNetDaily (WND) says it opposes racism in any form. That’s why the online publication has added a series of articles on “black mob violence” to its usual fare of antigovernment conspiracy theories, gay-bashing, anti-Muslim propaganda, and End Times prophecy.

The series, which began in mid-2012, is penned exclusively for WND by one Colin Flaherty, who according to an editor’s note posted at the top of his pieces, “has done more reporting than any other journalist on what appears to be a nationwide trend of skyrocketing black-on-white crime, violence and abuse.”

“WND,” the editor’s note says, “considers it racist not to report racial abuse solely because of the skin color of the perpetrators or victims.”

Flaherty is a marginal media figure whose main contribution to American literature is a 2011 self-published memoir titled Redwood to Deadwood: A 53-year Old Dude Hitchhikes Around America Again. He caught WND’s attention with 2012’s White Girl Bleed a Lot: The Return of Racial Violence and How the Media Ignore It, also self-published, which argues that “black-on-white” attacks have gone through the roof and the only reason you don’t know about it is because the “liberal media” has colluded to keep the story under wraps.

Flaherty catalogues episodes of “black mob violence” with the obsessive care of a true connoisseur. Though he began by writing exclusively about black-on-white attacks, he has lately branched out into covering black-on-black violence, though he rarely bothers to note the race of the victim and always mentions that of the perpetrators.

His most recent article was about a “black mob” attack on University of Wisconsin football star Montee Ball, a young black man whose chances of winning the Heisman Trophy appear to have waned in the wake of head injuries inflicted by five youths who attacked him in August. (Actually, as Flaherty writes it, it’s not Ball who’s the victim, but the Heisman Trophy itself.)

As it happens, the “liberal media” has had much to say about the subject of violent “flash mobs” consisting of mostly black youths – particularly after several members of a such a group were arrested for attacking white people at 2011’s Wisconsin State Fair in Milwaukee.

The New York Times, which WND frequently holds up as a leading light of the “liberal media” conspiracy, has repeatedly covered (for instance, here and here) violent flash mobs consisting of black youths whose targets were primarily white people and their property.

So has The Root, a blog owned by the Washington Post­ that examines news “from an African-American perspective.” There, columnist Nsenga Burton wrote approvingly of a message delivered by Philadelphia Mayor Michael Nutter, who is black and who said the mostly black teens who formed a series of mobs that wrought havoc on his city in 2010 and 2011 were “damaging the race.”

In June, We Are Respectable Negroes, a left-leaning blog that specializes in tackling sensitive racial issues, published two pieces on the issue of “black youth mob violence” (here and here) and the tricky politics of addressing it in writing. So, for that matter, did Hatewatch’s own Robert Steinback, in a blog post published a week after the attack in Milwaukee.

But unlike mainstream (and, yes, liberal) writers who have pondered the causes and consequences of mob violence among black youths, Flaherty has become popular in white nationalist circles. Several articles from his WND series have been picked up by American Renaissance, a white nationalist hate group that promotes pseudo-scientific studies and research that purport to show the inferiority of blacks to whites.

In July, Flaherty appeared as a guest on the Lowell, Mass.-based Malevolent Freedom Radio, a white nationalist show whose motto is “embrace white culture” and whose logo is the Schwartze Sonne, or black sun, a Nazi occult symbol. Telling Malevolent Freedom host Dean Anderson that he’s not part of “the [White Nationalist] movement,” Flaherty declared, “I’m just a guy that likes to write … I just have my eyes open. My attitude is, I’m going to tell you what’s happening now, and if you want to freak out about it, I really don’t care.”

Strange company for a news organization committed to opposing racism. Of course, as WND publisher Joseph Farah bragged (unverifiably but implausibly) in August, WND “showcases twice as many black columnists than any other news or commentary forum in the world.”

Who are they? Well, there’s black neo-secessionist Walter E. Williams, who in a 2002 column for WND wrote that Abraham Lincoln “acted unconstitutionally and with ruthless contempt for the founding principles” when he refused to let the Confederacy secede peaceably. And Rev. Jesse Lee Peterson, a black radio personality who once thanked God for slavery and who in a 2005 column for WND wrote, “It was blacks’ moral poverty – not their material poverty – that cost them dearly in New Orleans” during and after Hurricane Katrina.

There’s Thomas Sowell, an economist at Stanford’s Hoover Institute and sometime contributor to the white nationalist Social Contract magazine, whose praise for White Girl Bleed a Lot is featured prominently on that book’s web site. And Erik Rush, author of Negrophilia: From Slave Block to Pedestal – America’s Racial Obsession, which argues that “the undue and inordinate affinity for blacks (as opposed to antipathy toward them) that has been promoted by activists, politicians and the establishment press for the past 40 years … has fostered an erroneous perception of blacks, particularly in America,” leading to a state of affairs in which “racism on the part of blacks is [considered] acceptable, or even proper.”

Yes, WND has binders full of black writers. And now, in keeping perhaps with publisher Farah’s declaration that his website boasts “the broadest spectrum of political opinion to be found anywhere in the world,” it has a white nationalist propagandist too.