The Supreme Court takes a pass on how much political givers can spend, ending a campaign finance saga 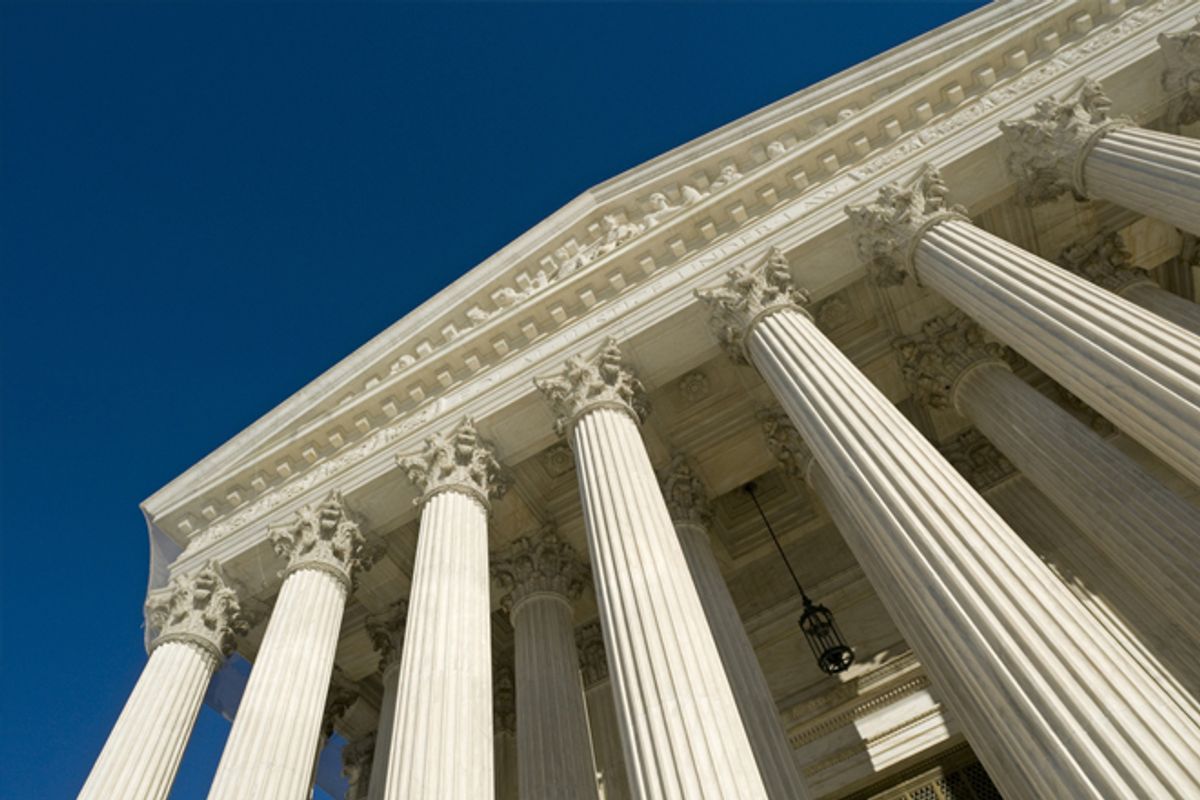 At least for this election cycle, the last shots have been fired in one of the biggest under-the-radar campaign finance battles of the post-Citizens United era -- the fight over Montana’s robust campaign finance regime -- when the Supreme Court decided yesterday to leave the state’s contribution caps in place. Amid a few high-profile victories for interests bent on dismantling campaign finance laws, this is one of a handful of smaller but important wins for reformers.

For decades, Montana has had unusually strong campaign finance regulations, including a low cap on contributions from individuals and political committees ($600 for governor and lieutenant governor, $300 for other statewide offices). But last year, a group of Republican lawyers and businessmen challenged the state’s laws as a violation of free speech, a similar argument to the one used in the Supreme Court’s 2010 Citizens United decision, which blew away limits on corporate political giving. They challenged various pieces of Montana’s law, including a ban on corporate contributions, the contribution limits, and political speech disclaimer requirements.This summer, the Supreme Court sided with the conservatives and overturned the ban on corporate donations, saying it didn’t comply with Citizens United.

Then, at the beginning of October, the contribution limit came before a federal district court judge in Helena. Without issuing an opinion explaining why, the judge enjoined the law, essentially eliminating all contribution limits -- just a month before an election. With the limits gone, the state party gave $500,000 to Republican gubernatorial candidate Rick Hill, a contribution that would have been illegal just a few days earlier. Ironically, Hill’s opponent is Democrat Steve Bullock, the state’s attorney general who has defended Montana’s campaign finance laws in federal court.

But that window would last just six days. Noting that the district court had failed to explain its reasoning, the 9th Circuit Court of Appeals issued a stay on the lower court’s ruling, effectively reinstating the state’s contributions limit.

The lower court eventually issued a full opinion, but the panel from 9th Circuit maintained its earlier ruling. Enter James Bopp, the prominent conservative lawyer who has made it his crusade to tear down federal and state campaign finance regulations wherever he finds them. Representing the coalition of Montana Republicans, Bopp requested the Supreme Court stop the 9th Circuit's ruling from going into effect, which would again remove all contribution limits, this time just two weeks before the election. Fortunately, the Supreme Court said yesterday that it will not take up the case, leaving the contribution limits in place.

For the 2012 election cycle, at least, the experiment of Montana’s campaign finance regulations is over. The state, which progressives had hoped could provide a model for other states to erect bulwarks against Citizens United, left with a few big losses, but also some victories. And it’s not out of the woods yet on the contribution limits case, which await a full ruling on the merits from the 9th Circuit after the election, but an earlier ruling by the court suggests it will side with the state and uphold the limits permanently.

David Gans of the Constitutional Accountability Center, a progressive legal outfit, told Salon that while the ruling was positive, it was in keeping with legal precedent. "This is not the only case out there," he added, noting that Bopp and his compatriots are trying to "push the envelope on the law” anywhere possible.

It’s unclear now what happens to Hill’s $500,000 donation. Bullock has made the contribution a campaign issue. "I'm proud that I can say two things congressman Hill can't: All of our contributions are completely legal,” he said in statement Monday.