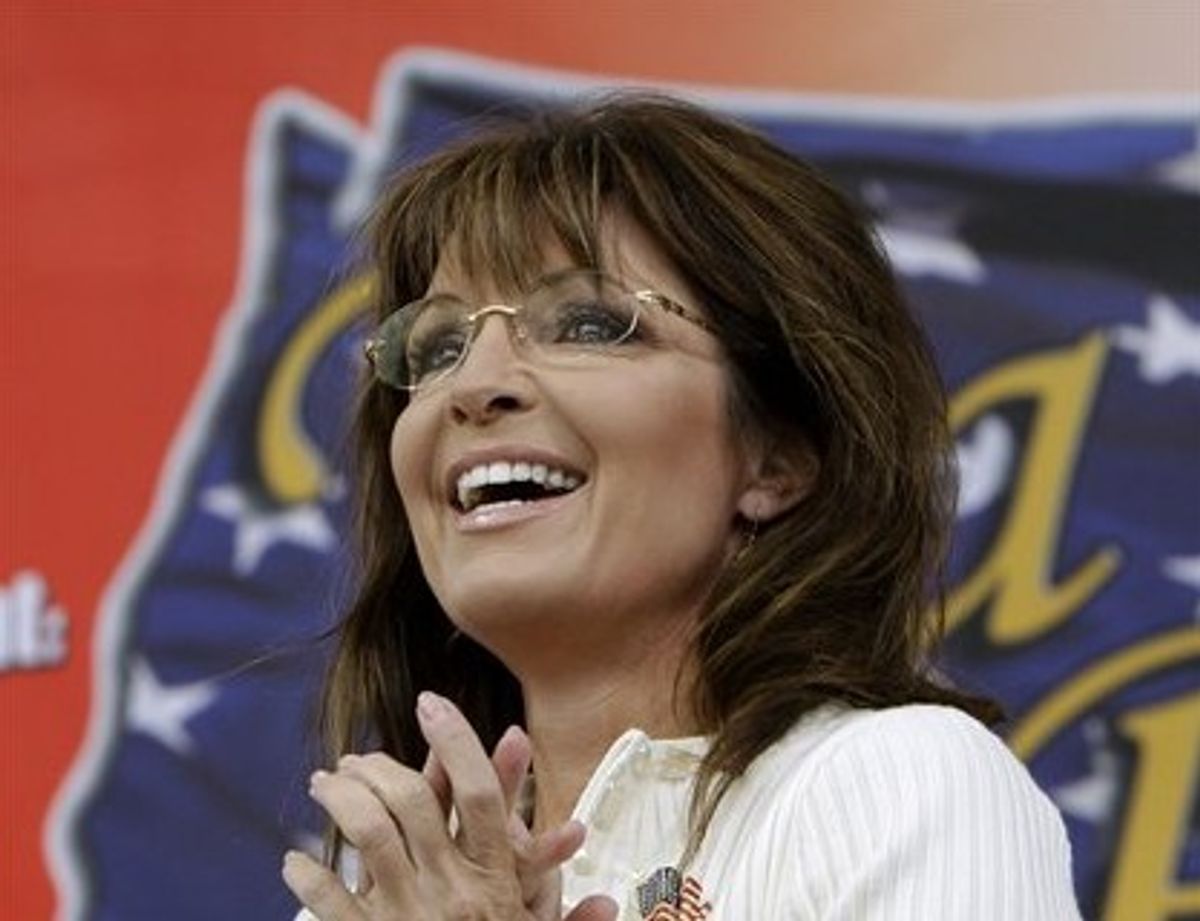 Sarah Palin has weighed in on the Sept. 11 Benghazi attack through Facebook, an online venue where both former half-term governors and everyone else can air their opinions:

…Why the dissembling about the cause of the murder of our ambassador on the anniversary of the worst terrorist attacks on American soil? We deserve answers to this. President Obama's shuck and jive shtick with these Benghazi lies must end.

Now the investigation can proceed. Or maybe we can spend a day talking about her. The Romney campaign must be thrilled.

Palin has a built-in advantage when she deploys loaded language: She can always plausibly plead ignorance. In case she didn’t know what “shuck and jive” means, this is from Urban Dictionary’s definition:

To shuck and jive" originally referred to the intentionally misleading words and actions that African-Americans would employ in order to deceive racist Euro-Americans in power, both during the period of slavery and afterwards. The expression was documented as being in wide usage in the 1920s, but may have originated much earlier.

"Shucking and jiving" was a tactic of both survival and resistance. A slave, for instance, could say eagerly, "Oh, yes, Master," and have no real intention to obey. Or an African-American man could pretend to be working hard at a task he was ordered to do, but might put up this pretense only when under observation. Both would be instances of "doin' the old shuck 'n jive."