Sorry, America, there is no such thing as "October Surprises"

Trump's bombshell fizzled, but it's only partly his fault. There are no big reveals two weeks before an election 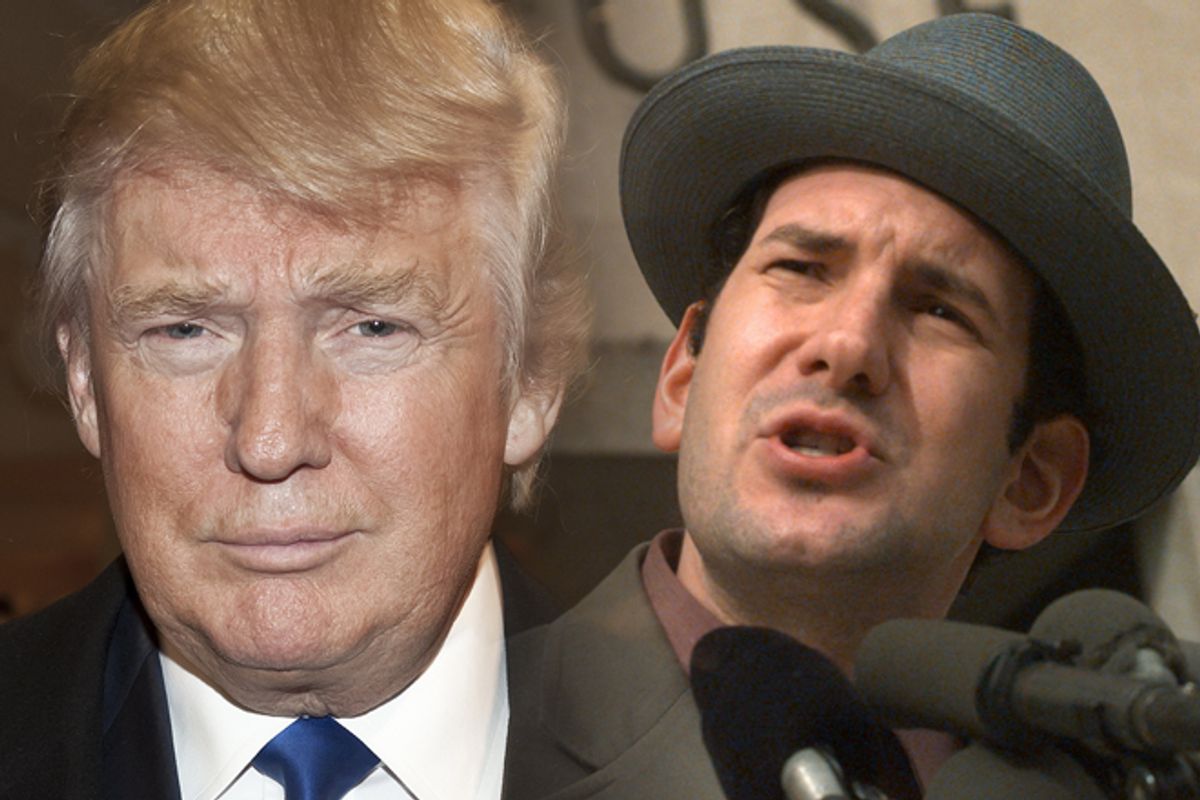 Mitt Romney campaign surrogate Donald Trump was making some noise recently about some sort of "announcement" he planned to make that would somehow hurt President Barack Obama's reelection efforts. Today, it turned out to be some nonsense related to Trump's pet theory that Obama was secretly not a very good student in college.

Meanwhile, celebrity attorney Gloria Allred promised some juicy revelations that would damage the presidential campaign of former Massachusetts Governor Mitt Romney. It is apparently some old testimony from Romney in his friend's divorce trial. What will it reveal? Probably nothing that will cause Romney to lose.

We're in fake-out October Surprise season, and for all their feigned world-weariness, political reporters love it. It would be so magical if some unforeseen event suddenly "shook up" an election in its closing weeks, or else everyone is basically stuck writing the same boring stories about "turnout operations" and "ground games" until Tuesday night.

Mark Halperin, for one, is so excited that he's invoking the old "Freak Show," a term he uses to describe whatever bullshit Matt Drudge is peddling that Halperin recognizes as bullshit but that he still wants to excitedly speculate about.

There’s a classic Matt Drudge, Gloria Allred, and Internet Freak Show fire getting ready to go to full conflagration, and some are concerned it could embroil, or at least distract, Mitt Romney less than two weeks before Election Day.

Halperin then gets a quote from Romney's lawyer, rebutting a story that does not yet exist, and closes by referring, with an unknown degree of jocularity, to Matt Drudge as "a great and influential man."

As trivial as today's surprises turned out to be, journalists and pundits will never stop getting excited over them, if even briefly, because they -- like many political news consumers! -- would love to be there when some legendary bit of presidential political history takes place.

But unfortunately, there is actually no such thing as an October Surprise.

No one quite seems to know what an actual October Surprise would look like, first of all. If it means "news that will either hurt or harm one of the candidates," sure, there will be some of that. Because the entire election cycle is full of almost nothing but that. If it means digging up some bit of past dirt -- like the shocking revelation, in 2000, that George W. Bush was a drunk driver back when he was a known drunk -- then sorry, all the important digging has probably already happened with these guys, and whatever new morsels are uncovered are incredibly unlikely to sway a significant number voters two weeks out from the election. I dunno, unless one of these guys literally murdered someone, or is a sleeper agent working for Abu Nazir.

And the digging and releasing has been going on continuously, for each of these guys, since 2007. We don't refer to "March Surprises" when someone reports something that hurts a primary candidate. That would be silly. The Trump thing will definitely not amount to anything, but Trump got so much more attention for saying it this week than he has received for saying the exact same thing over the last several months. (This is maybe an opportunity for liberals and professional Democrats to remind or inform voters that Mr. Trump just last week made an appearance with Paul Ryan and delivered remarks at a Romney campaign event for megadonors that was closed to the press.) This Allred thing might reflect negatively on Romney, in some fashion, but it is just news involving him, just like the Seamus story and the business practices of Bain Capital were. (Hey, maybe Mother Jones should have sat on the 47% video until this week? It would have been way more entertaining than Bush's DUI.)

In all of history there have been, counting generously, two successful "October Surprises," and I'm sure political scientists and historians would be happy to argue with one another over how "successful" they were at actually having a decisive impact on election results. And these surprises were actually secret attempts to circumvent or sabotage potential surprises from the other side. And details of these surprises weren't actually known until after the election. I'm referring to the Nixon campaign (led by Henry Kissinger) convincing the South Vietnamese to withdraw from peace talks until after the 1968 election, in order to prevent Johnson from announcing an end to the war, and whatever exactly happened to make it so that Carter couldn't negotiate for the release of the American hostages in Iran until after he lost the election. (The hostages were then released as Reagan was being inaugurated. Then later we sold Iran a bunch of weapons.) This is what everyone dreams of when they imagine October Surprises -- secret clandestine overseas meetings involving CIA spooks! -- but these were such extraordinary circumstances that it's hard to imagine how they could possibly happen again. (Plus: They're both technically thwarted October Surprises.)

The equivalent today would be Romney sabotaging (or Iran intentionally delaying action on) Obama's negotiations with Iran regarding their nuclear ambitions, but that would not actually decide the election, sorry. (Also Romney is not competent enough to pull that off and it's not really in Iran's interest to side with Romney over Obama.) Or maybe North Korea nukes Japan or something, but once we get into events entirely outside the control of either campaign, we're again just talking about "news," and not "surprise," which implies that people representing one of the campaigns are in some sense responsible for it.

It is sad, I know, but there is not going to be a shocking October Surprise this year, no matter how hard various people try to manufacture one, because it is not a real thing.