America's most self-satisfied mayor gets featured in the Atlantic's "Brave Thinkers" issue, for no good reason 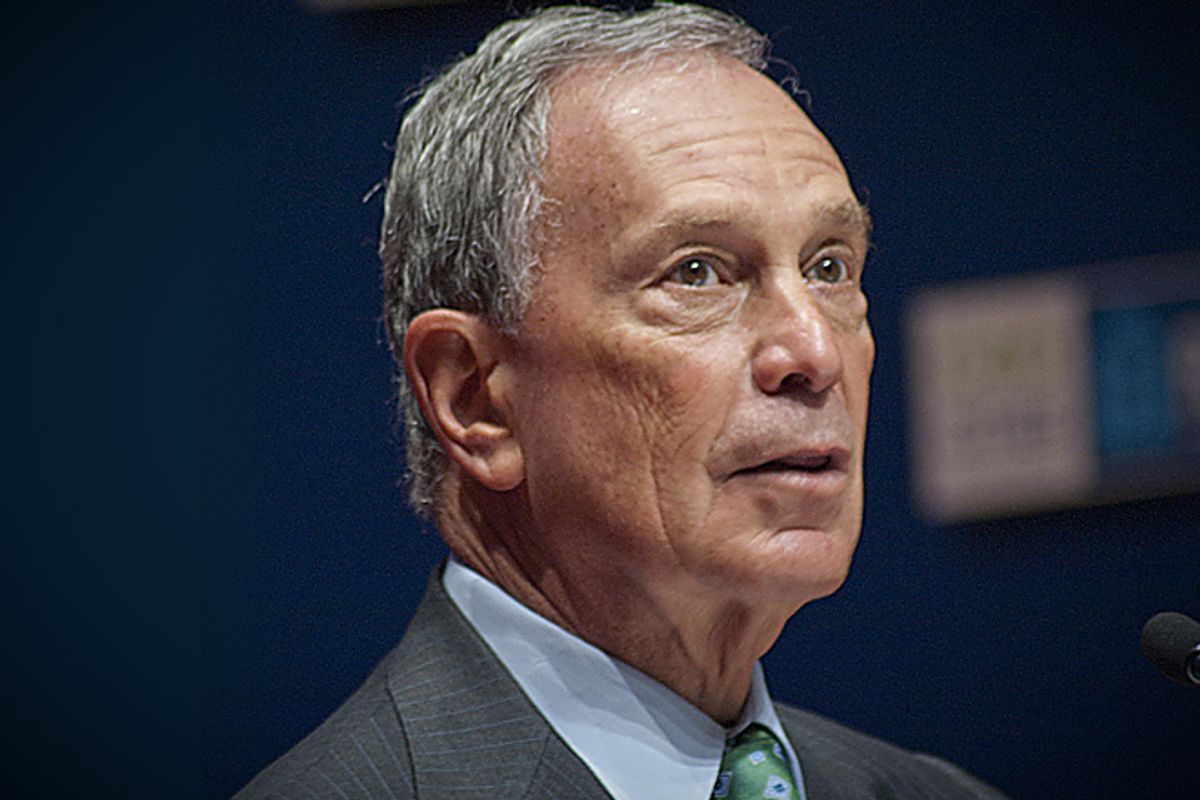 If you hate Michael Bloomberg you will find a lot to hate in his conversation with the Atlantic's James Bennet, part of the magazine's gag-inducing "Brave Thinkers" issue. What makes Bloomberg a "brave thinker"? Banning soda, it seems like. (Also, lord, no one needs another Bloomberg interview. If you want to know what he thinks about things, he is on the radio every week and he owns a news outlet that has an opinion section devoted in part to opinions he agrees with.)

You will also find some things about Bennet to be annoyed with, like his complete indifference to Bloomberg's approval of the NYPD's various major violations of civil liberties and general complete lack of oversight. The words "NYPD," "Muslim," "frisk" and "surveillance" never come up once in the full transcript of the interview.

New York's billionaire mayor is as self-satisfied as ever, and he is very proud of his low approval ratings. And he is still comically disdainful of Barack Obama for really odd and nonsensical reasons, considering the two men have essentially the exact same politics and even similar governing styles. Also he has a weird grasp of history!

Where to begin with this! Truman does "deserve" "credit" for dropping the bomb, which was a horrible act of questionable strategic value and not at all something "any president" would have done. Also the raid to kill bin Laden was a gamble, not a guaranteed, low-risk operation, as Mark Bowden explains to Azi Paybarah.

Plus! Here is someone I bet you would not expect Hillary Clinton to be unfavorably compared to, except by George Will or something:

On the lack of a clear Obama worldview:
I mean, Hillary Clinton’s very competent—but there’s no Obama Doctrine that I know of. I don’t know that anybody has enunciated a worldview the way that Henry Kissinger did in his day, or George Shultz, or even [James] Baker.

That Hillary Clinton, she sure is no Henry Kissinger.

There are a bunch of other things that conveniently don't come up (New York's poverty rate and severe wealth gap, the taxpayer-funded stadium bonanza Bloomberg ushered in) but the most annoying omission is that Bloomberg, who has always wanted to be known as the man who saved New York City public schools, is not actually held accountable for the fact that after three terms under mayoral control, Bloomberg's policies have not actually demonstrably improved public education in New York, and the huge gains Bloomberg trumpeted in his first two terms were shown to be largely illusory. (And hey, remember Cathie Black? Bloomberg's biggest media fans don't!)

Bloomberg does volunteer, himself, without prompting from Bennet, that "[we] haven't improved the schools as much as we want." Or, arguably, at all! Oddly, that has not led to any sort of reexamination of his beliefs on education policy -- beliefs that both major political parties basically share.

But as the mayor kicks off his last-year-in-office national media victory tour, I imagine we won't hear a whole lot about the failure of his signature policy goal. (Or, you know, everyone will just blame teachers unions.)