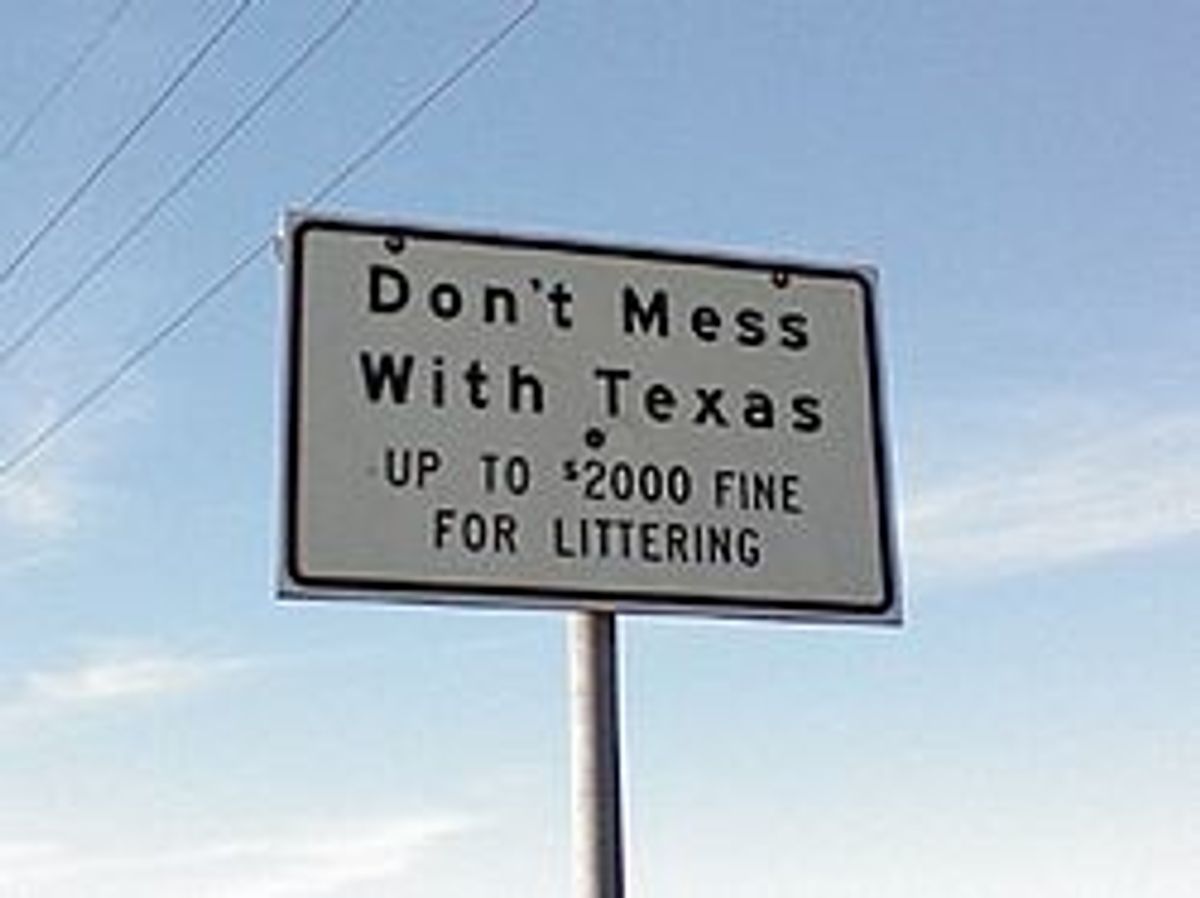 Who wants to mess with Texas?

Dark, mysterious forces, if you believe certain state politicians. Republican Senate candidate and possible Tea Party poseur Ted Cruz has taken a brave stand against Agenda 21, which he describes as a George Soros-funded plot to give the United Nations sovereignty over America’s golf courses and paved roads.

And now the Texas Tribune reports that Republican state Attorney General Greg Abbott wants to make sure a group of European election monitors don't get to see anything untoward. In a letter to the group he wrote:

“While it remains unclear exactly what your monitoring is intended to achieve, or precisely what tactics you will use to achieve the proposed monitoring, [Organization for Security and Co-operation in Europe] has stated publicly that it will visit polling stations on Election Day as part of its monitoring plan,”

According to an OSCE press release, the group’s election monitoring mission began on Oct. 4 and will end in early 2013 with the release of its report. Most of the 58-member team will be dispersed across the country to monitor voter registration, “election disputes” and the media.

With only about one monitor per state, it’s not clear why they'd spend much time in Texas where in the latest state polls Mitt Romney leads by 19 points and Ted Cruz is up by 24.