Whose middle-class message resonates most? 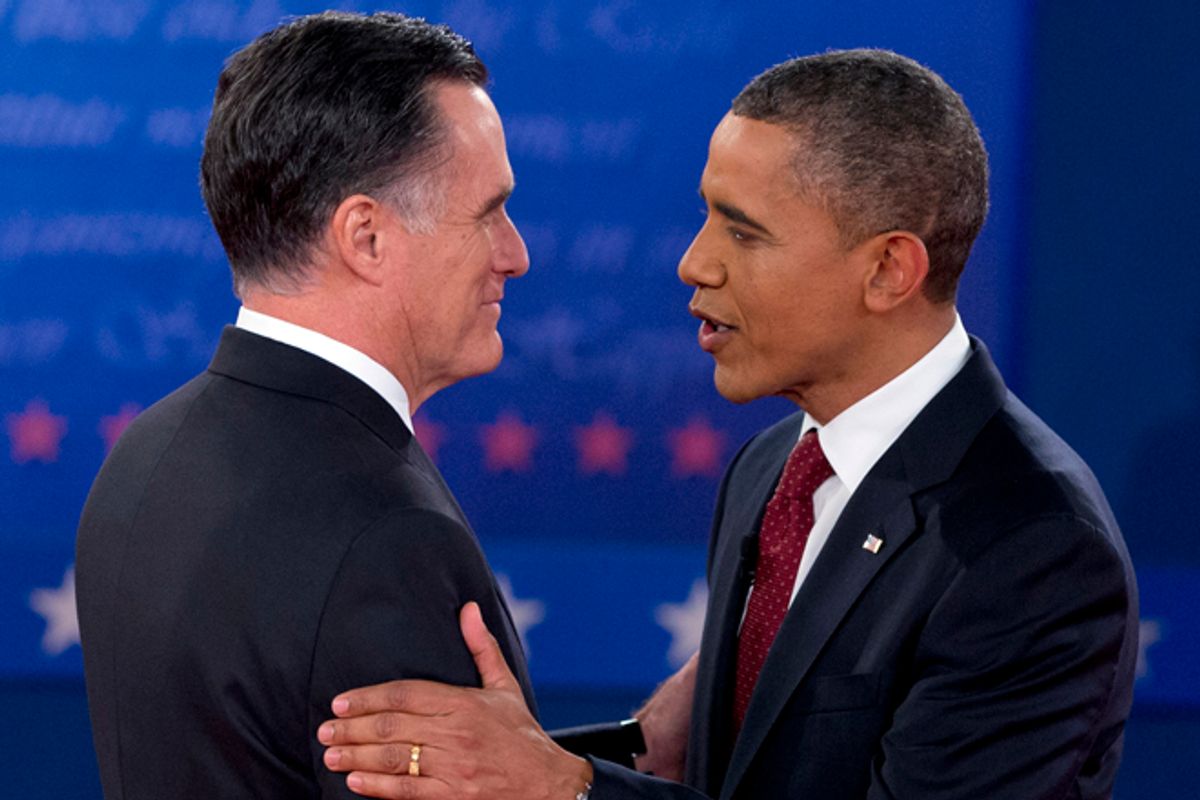 K. has a Ph.D. from a prestigious university, owns a house in a comfortable Midwestern city, goes to the movies at least once a week, and has a Kitchen Aid mixer. She reads good books, has skied in Aspen and has seen much of the world. There is a bottle of Mumm’s in her refrigerator and she knows what caviar tastes like.

By education, habits and tastes, K. is an upper-middle-class professional. But at present, due to some unfortunate medical circumstances and a few well-considered but financially disadvantageous career choices, K. makes under $40,000 a year — sometimes less. This, according to the data and statistics that attempt to capture and confine the increasingly elusive concept of “middle class,” drums her, at best, to the lower ranks of that ephemeral classification.

The middle-class designation is largely “self-described” and the vast majority of Americans place themselves firmly within its ranks, regardless of income. Few would accept being called “lower class,” and only the very rich are willing to label themselves as such.

This is what makes the mythical middle class so attractive a target for political candidates, especially in the 2012 presidential election campaign.

As the long and bitter contest inches its way toward a culmination, there is perhaps no other term that has been so used or abused.

During the first debate between President Barack Obama and Republican challenger Mitt Romney, the term “middle class” was employed 15 times, mostly by the president.

He called for a new “economic patriotism,” because, as he said, “America does best when the middle class is doing well.”

Obama talked a lot about “ladders of opportunity” and a “fair shot” — his philosophy has the government as a sort of referee, keeping the playing field level and applying the rules fairly to all.

Romney, also, addressed the middle class in the debate, promising tax relief and jobs. But he trusts Adam Smith’s invisible hand much more than the helping hand of the government.

The two running mates were even more eager to court the great voter pool in their clash on Oct. 11. Vice President Joe Biden appealed to the middle class 15 times, Paul Ryan eight. Their dispute centered on whose tax plan would be most advantageous for middle-income families.

The players in this election invoke the “middle class” constantly, vowing to protect it, to save it, to rebuild it.

Occasionally the two parties get a bit carried away with their rhetoric.

Earlier this month, Biden told a group of supporters in Charlotte, N.C., that the middle class had been “buried” for the past four years.

The Romney campaign immediately pounced on the statement as an indictment of the Obama administration.

Romney has landed himself in hot water on more than one occasion with his limited understanding of who and what the middle class actually is.

On another notable occasion, in May, at a secretly recorded fundraiser, Romney addressed a group of super-wealthy, each of whom had paid $50,000 for the privilege of hearing him.

Here his view of Americans was even darker. Fully 47 percent, he said, paid no taxes, expected government handouts, and, adding insult to injury, would never vote for him.

“And so my job is not to worry about those people — I'll never convince them that they should take personal responsibility and care for their lives,” he said, provoking a firestorm of anger and protest, and providing the Obama campaign with ample fodder for attack ads.

Obama had been doing well among the middle-income swath of voters: When asked “whose policies would do more to help the middle class?” Obama enjoyed a 9-point advantage this summer, according to the Pew Research Center.

That lead all but evaporated in the wake of the president’s disappointing debate performance in early October, after which Obama and Romney were virtually tied on the question of appeal