China's economy: Not as strong as you think

Campaign rhetoric suggests China is booming at America's expense. It couldn't be farther from the truth 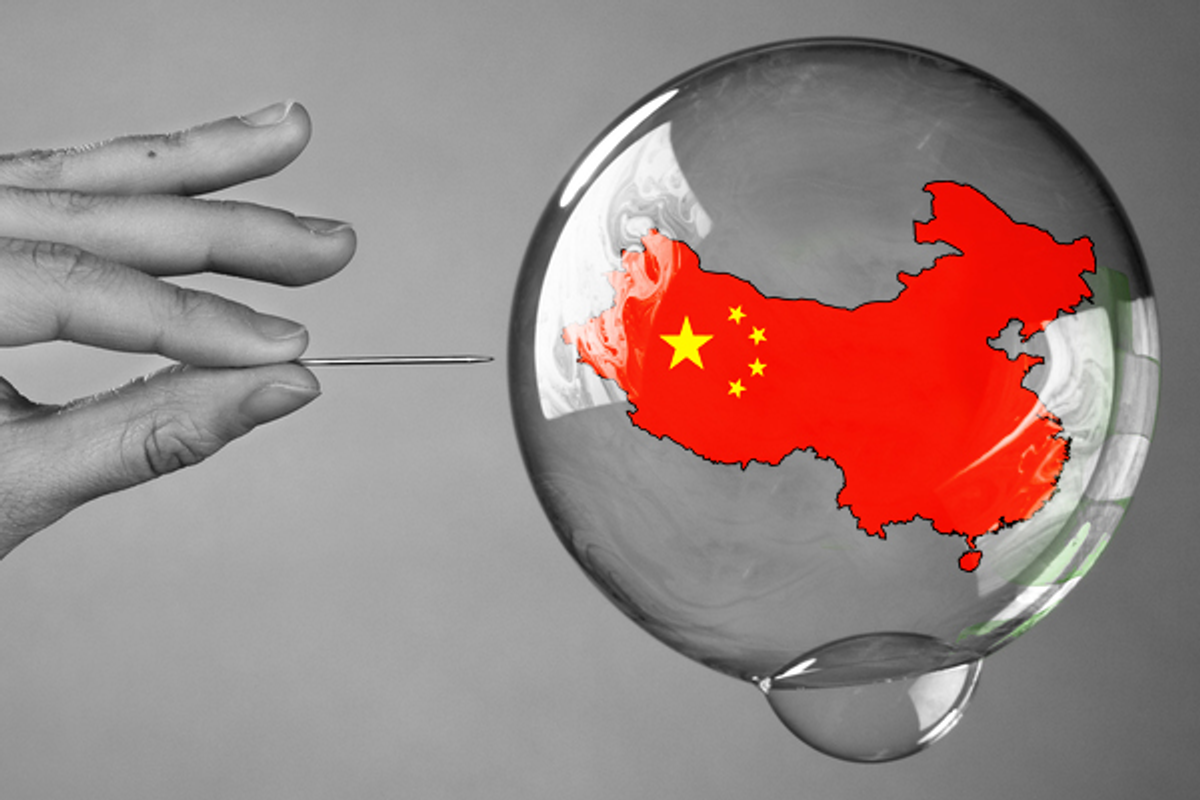 HONG KONG — With all the campaign talk casting China as the bane of the US recovery, you could easily forget that the world’s second-largest economy is also on shaky legs.

This year, analysts’ conventional wisdom on China has shifted away from predictions of sunny days of double-digit growth in perpetuity, to talk of hard landings and tough transitions.

“If you look at the Chinese data, you should stop debating about a hard landing,” Adrian Mowat, JP Morgan’s chief Asian strategist said in March of this year. “China is in a hard landing. … It’s not a debate anymore, it’s a fact.”

New economic data from China give weight to that pessimistic view.

In the third quarter of 2012, China’s economy recorded its seventh straight quarterly slowdown, growing 7.4 percent — below the government set-target, and on pace to grow this year at the slowest annual pace in 13 years.

At the same time, some figures point tentatively to a stabilization of China’s economic health. New statistics show that retail sales have strengthened, exports almost doubled consensus estimates, and a key manufacturing index has risen to a three-month high.

Credit Agricole’s Dariusz Kowalczyk was among the analysts who saw enough hope in the news to say that China’s decline had hit a bottom.

“Concerns over a hard landing in China, or even of further slowdown may be put to rest.”

But others have taken a more skeptical view.

Alistair Thornton, senior China economist at IHS Global Insight, wrote in a report that while “those fearing a hard-landing will be able to sleep a little better tonight,” those “positioned for a clear recovery might be disappointed. The picture is one of emerging stabilization, not the return of unbridled optimism.”

In other words, China is not out of the woods yet. And the way forward for China’s economy is hardly as straightforward and threatening to America as the candidates suggest. In fact, many economists — and Chinese authorities themselves — believe the country is facing its most fundamental challenges in decades.

Exports, long the driver of China’s growth, are now a drag on it, as labor costs are rising and demand from the EU and America is slipping. Inflation has been rising. And investment stood at nearly 50 percent of GDP in 2011 — an unprecedented, arguably unsustainable level. This boom in infrastructure investments, fuelled by a massive stimulus in 2008, is rapidly becoming a liability, as the returns from building yet more airports, highways and apartment complexes diminish.

"For the last decade China enjoyed a delicious and fattening diet of cheesecake," writes Arthur Kroeber of GK Dragonomics, about China's longtime, investment-driven economic model. "This was all right for a while, but now the risk of arterial sclerosis looms, and a strict corrective regimen of broccoli is called for. It is not as tasty, but much healthier in the long run."

Over the last two years, Beijing has deliberately tried to tamp down the outsized role that exports and investment play in the economy. This desire to spur a consumption-based economy is one reason why the overall growth rate has slowed.

But with a major political transition looming, it seems that officials have lost the stomach to weather a period of relatively sluggish expansion, and have flipped on the stimulus to keep the economy growing.

Approvals of new infrastructure spending surged to $157 billion in September. And interest rates have been cut twice, flooding $1.4 trillion of new loans into the market in 2012.

While this could work as a short-term fix to prop up GDP growth, many analysts say it’s will only delay the inevitable. Tom Holland, economic columnist for the South China Morning Post, says that "by loosening policy to support growth, the authorities have reversed the economic rebalancing trend that Beijing worked so hard to achieve earlier in the year.

"That means, although growth has recovered, China's economic trajectory is once again becoming less, rather than more, sustainable."

Of course, this does not mean that China faces an imminent disaster. Many China bulls have hailed the news that consumption topped investment as a driver of growth in 2012 as a sign that China's economy is rebalancing, however slowly.

“Calling for the coming crash of China may be popular, but predicting the coming muddle-through is probably more accurate,” writes Bill Bishop, a China investor and analyst. “I know, some (many?) will say I sound hopelessly naïve.”

Still, as China stands on the verge of a major political transition, the necessity of imposing hard economic changes may fail to convince China's new leaders that it's worth the difficulty of attempting to pull it off.

Dong Tao, an economist at Credit Suisse, writes that the key question is whether "the leaders in Beijing will be willing to bite the bullet and undertake more structural reforms.

“We do see some signs of willingness ... Whether a breakthrough can be executed still remains to be seen. Until the structural issues have been addressed, we expect mediocre growth to be the new norm in China.”