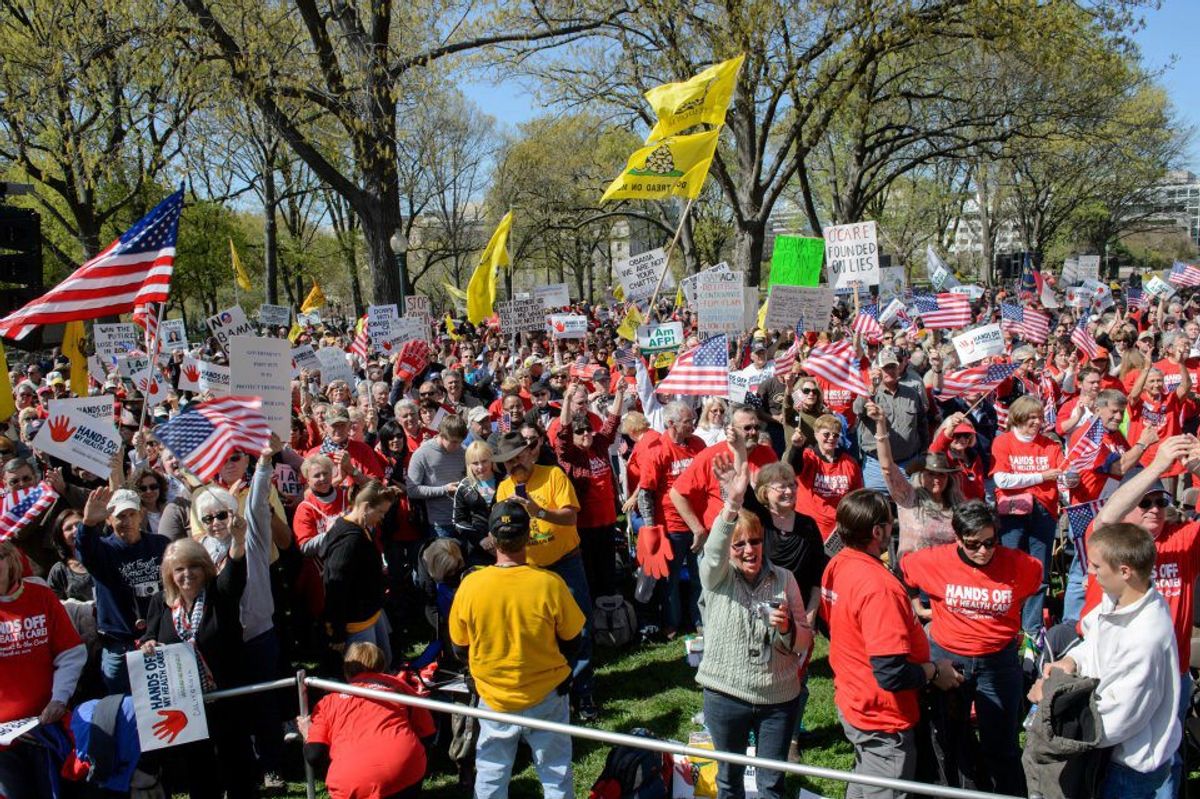 A  report by a conservative legal group concludes that three Florida Supreme Court justices, targeted by the right as "activist judges," are not, in fact, "activist."

The Federalist Society commissioned a report by a professor in Florida to analyze whether three justices, up for merit retention votes this November, are actually "activist." Merit retention is the policy of certain states to let voters decide whether to keep or chuck justices at the end of their terms.

In Florida, three judges have been the subject of a campaign by the Koch-backed Tea Party group Americans for Prosperity and the Republican Party of Florida, because of a number of rulings they made that were unpopular with the right. Among them was a ruling against an effort by the state to block Obama’s healthcare law.

Florida International University professor Elizabeth Price Foley analyzed nine controversial cases taken up by the Florida Supreme Court since 2000, including the healthcare case, and concluded that "there does not appear to be a pattern of unprincipled decision-making by any of the justices of the Florida Supreme Court. There are disagreements, true. but disagreements do not suggest that those with whom you disagree are unprincipled."

"Although the Federalist Society does not take a position in the merit retention races, Foley said in a conference call with reporters that her review found that the controversial rulings “are in fact supported by some prior precedent and they do involve acceptable methods of legal reasoning.”

Opponents who want to accuse them of judicial activism, she said, are “going to have a hard time making that label stick.’’

As Salon previously reported, right-wing groups in a number of states have been targeting judges up for merit retention. In Iowa, for example, social conservative groups are campaigning against one judge who struck down the state's ban on gay marriage.