The GOP candidate slams Obama for 2 percent GDP growth, but he never saw anything that fast as governor 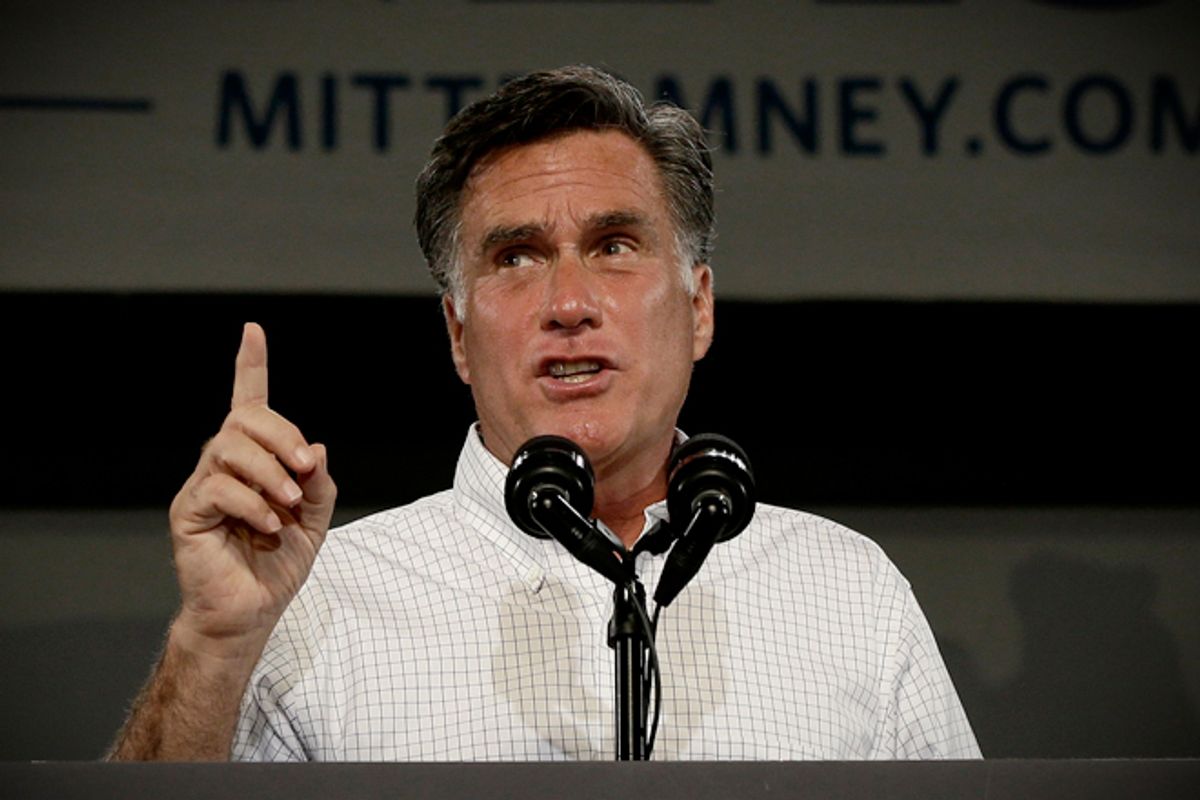 Today, new government data showed that the economy grew by 2 percent last quarter, faster than the previous quarter, but still slower than desirable. It’s “reasonably good news” for the country and Obama, as Andrew Leonard wrote, though certainly not a home run.

But how did Mitt Romney respond? Predictably, by slamming the news. “Today, we received the latest round of discouraging economic news ... This is what four years of President Obama's policies have produced,” he said in a statement.

By the way, how fast did the economy grow when Mitt Romney was governor of Massachusetts? According to data from the Commerce Department's Bureau of Economic Analysis, average real GDP growth was 1.5 percent per year in Massachusetts from 2002 to 2006. For each of the years Romney was in office, the economy grew 1.49 percent, 1.86 percent, 1.14 percent and 1.43 percent, respectively.

And how did Romney assess the economic growth of the state under his leadership? "When we took office, the state economy was in a tailspin. Today, jobs are being created by the thousands and our economy is stronger,” he said in early 2006, his last year in office. So less than 2 percent was good then, but 2 percent is bad now.

And one could argue that Romney had an easier task than Obama. During Romney's tenure in the governor's mansion, the national economy grew at a much fast clip than Massachusetts', staying comfortably above 2 percent every year. National GDP even broke 3 percent one year and doubled the state's growth another year. On the campaign trail in 2002, Romney promised  jobs creation “second to none in the history of the state.” After four years, the state had added 31,000 jobs -- a growth rate of less than 1 percent while the country as a whole added 5 percent more jobs.