Welcome to the world of 3-D erotica, where all the characters from your local Halloween store get it on 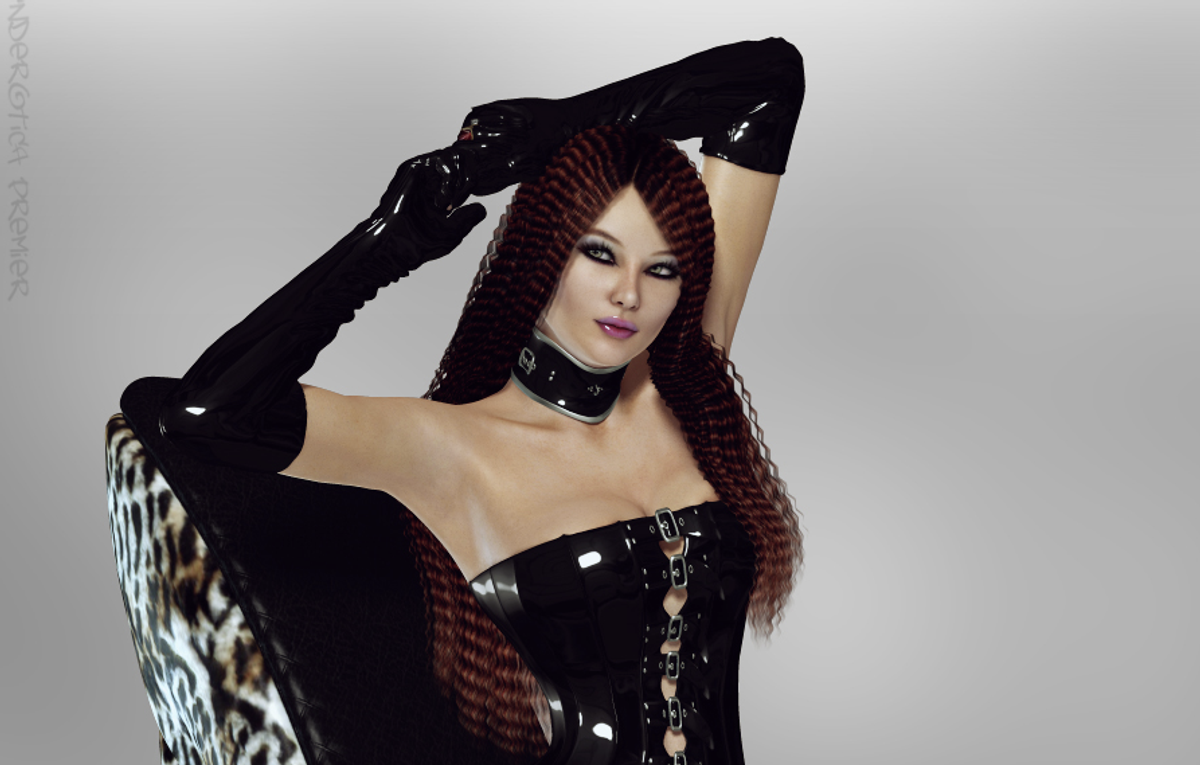 This was my introduction to the world of computer-generated X-rated fare via Renderotica, the leading purveyor of such content, and goblins are only the start of it. There are zombies, aliens, demons, werewolves, vampires -- virtually every ghoulish character found at your local Halloween emporium -- and, folks, they are butt-naked and boning. Most often, these are interspecies pairings between a female human and a male otherworldly beast of some sort (or beasts, plural). It isn't all action shots, though: There are pinups of virtual girls, ranging from the tame (i.e., bikini poses) to the bizarre (i.e., a woman rendered with a vagina for a mouth).

How would you describe what Renderotica is, exactly?

We get a mix -- people who produce the art and want to contribute to the galleries, and a lot of people who just want to come and view the art and don’t have an inkling to produce their own. What happens quite often is that somebody sees some artwork on the Internet, it draws them to Renderotica, they’re intrigued by the possibility of creating their own, and then before you know it they’re starting to purchase the applications to create their own art.

How complicated is it making this stuff?

It’s actually [pretty] approachable for new users. You don’t need to be a 3-D modeler or animator, you don’t even need to be an artist. The applications do a lot of the work for you. Over the last three or four years we’ve seen a drastic upswing because the hardware is getting faster, computers are able to produce this art quicker, and the software has gotten that much better, the ability to compose and light a scene is becoming easier. These are entry-level applications, they aren’t the type people at Pixar would use to create feature-length movies.

Basically, these programs give you the power to be your own pornographer.

Yeah. We get a real mix [of visitors to the site]: We have people who just like to do pinups, so they’re tasteful art. And then, of course, there are people who explore the most dark, depraved corners of their minds. They like to let their imagination run away with them.

It’s accessibility. You don’t have to hire actors or a film crew. You don’t need photographers. It’s something someone can do on their own. It also provides a venue for exploring things you can’t do with real people. There’s a lot of fantasy artwork on there. You’ve got elves and orcs and aliens, so it it’s not practical to be able to do that in live action.

What are the most common search terms on the site?

We currently don't store search terms, but generally what has a lot of appeal is fantasy style erotica consisting of the classic orcs, goblins and elves. Also, a popular genre is sci-fi with aliens of all shapes and sizes.

What's the most bizarre thing you've seen on the site?

When you're dealing with an art medium where the limit is the artist's imagination, it's very hard to pick out just one bizarre piece out of the whole pile. I suppose if I had to choose, it would have to be an entire sub-genre I personally call "improbably large breast art." Generally, most people keep the 3D models within their predefined limits, which are still very broad, but there are body-morphs available that allow for Zeppelin-sized mammaries. In 3D art the term "too much of a good thing" doesn’t fit every situation apparently.

What boundaries do you draw in terms of what’s allowable on the site -- for example, do you allow 3-D models that look underage?

It’s a very gray zone. Depending on which country you’re in there are different rules. What we’ve always abided by is U.S. law. As such, we don’t allow any underage artwork, period. It doesn’t even matter if it doesn’t include any sexual content. It’s the same with bestiality. We don’t allow any animal sex. A lot of people want to come on the site and do non-consensual sex, and we don’t allow that either. Those are the three areas we steer clear of.

I would imagine there must be corners on the Web where people are producing that kind of 3-D animation, though?

Yeah, I’m sure they are. Every once in a while someone will try to sneak something in. They’ll do a fairy image where they look like they’re 10 years old with wings and, no, that’s not gonna fly. We don’t want to touch it, but we have to admit that, yeah, it’s probably going on and they probably use the technology to do that. We certainly don’t condone it.

I know with bestiality, in a lot of countries there’s no problem with it at all. But our servers are based in the U.S. and we don’t want to have any problems with law enforcement.