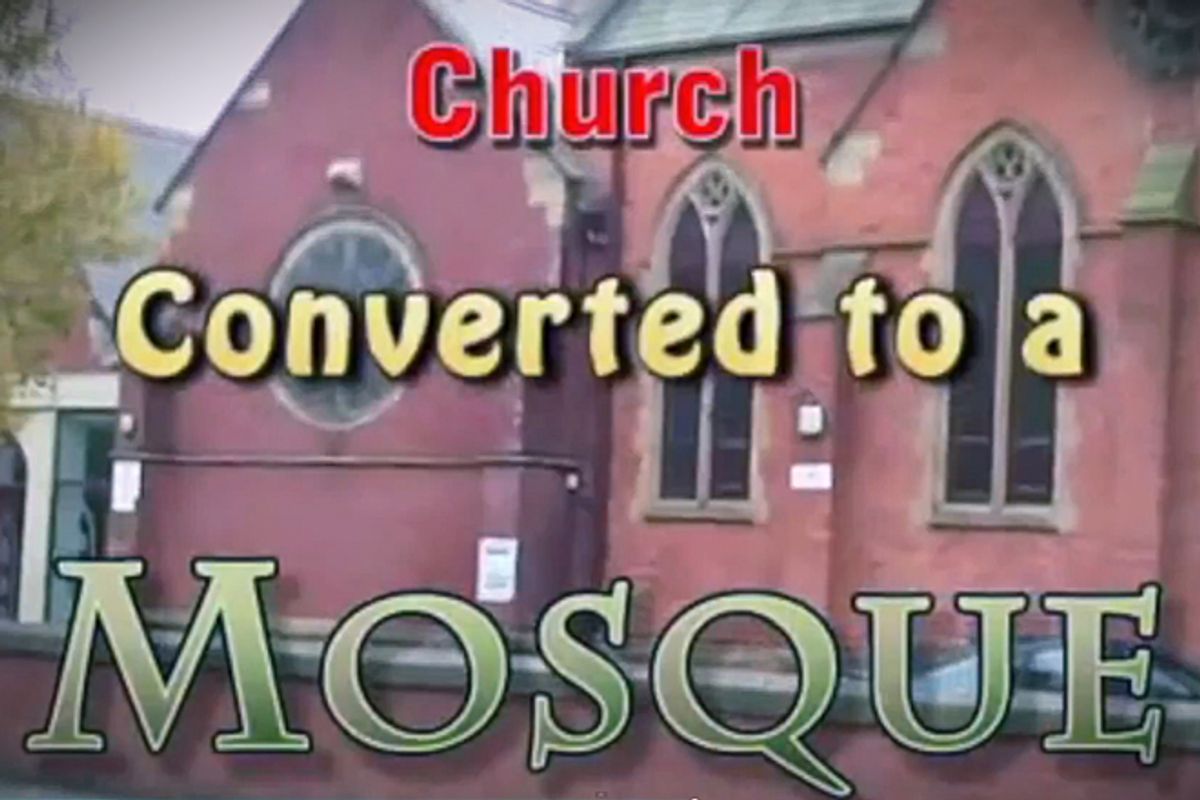 Mix together every right-wing fever dream of the Obama era, add some apocalyptic b-roll and epic music, and bake for three minutes in Newt Gingrich-style grandiosity and you get this amazing new ad from the super PAC that supported Gingrich, which apparently still exists. If every other ad of the cycle was a music video, this ad is "Thriller."

The video is an imagining of what another four years under Obama would look like, and it’s not too rosy. Picture turning the whole country into blighted Detroit while gays run wild and churches are converted to mosques. There are lots and lots of riots. Riots in the inner cities (naturally), riots in the Middle East, riots at gas stations, riots in supermarkets, riots in the hospital over Obamacare. Fortunately, Obama appears to have implemented martial law so there's plenty of riot cops too. Meanwhile, gay men get married -- to each other! -- in modest little ceremonies by the water as crosses are chopped down with chainsaws and churches are converted to mosques. Abroad, Muslims are totally pissed at Obama for appeasing them, or something, and Iran builds literally dozens of nuclear sites. Florida also loses all of its electricity for some reason and the Statue of Liberty's face becomes a skull. For good measure, there’s even an allusion to George Orwell’s "1984," or rather Apple’s classic commercial riffing on the book.

“American can’t take four more years of Obama,” the final title screen reads. "A vote for Romney is a vote for America."

The ad is reminiscent of Tim Pawlenty’s Michael Bay-esque epics from the GOP primary, produced by 24-year-old conservative ad wiz Lucas Baiano, though perhaps it’s more like a bad parody of Baiano's work than the real deal. It’s unclear if the ad is Web-only or will actually get play on TV, though its length suggests it’s Web-only. An email to Winning Our Future asking for more information was not immediately returned. The super PAC, which received millions of dollars from casino mogul Sheldon Adelson during the primary, reported having about $280,000 cash on hand last week.