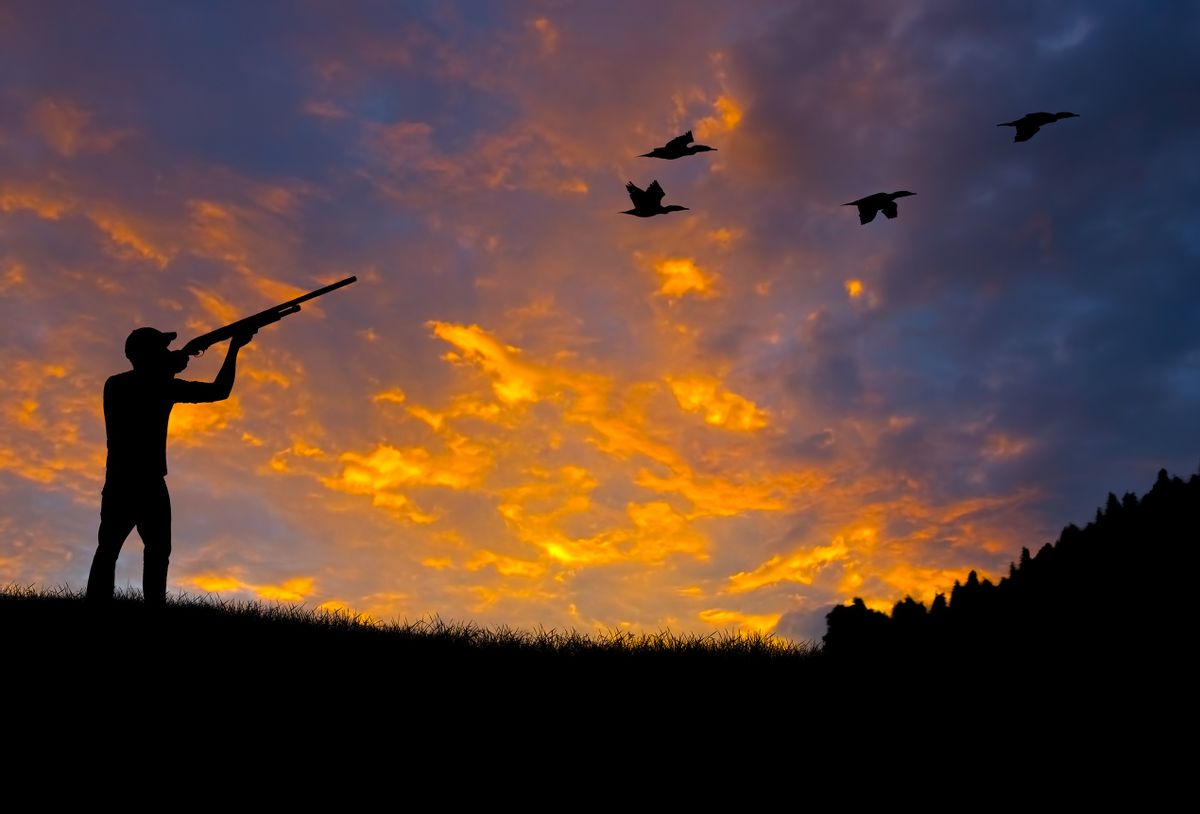 In four states this November, voters will decide whether to institute a constitutional amendment ensuring the "right to hunt and fish." These measures are being pushed by the National Rifle Association primarily as a way of preemptively protecting hunters and gun owners from "radical" animal rights groups.

Since 1996, twelve states have put into place constitutional provisions to ensure the right to hunt and fish. Vermont also has a measure in place, but it's been around since 1777. In the other states, the measures represent a supposed fear that outdoorsmen's rights could be at stake if animal rights groups have their way.

Next month Kentucky, Idaho, Wyoming and Nebraska all have ballot measures up for a vote after passing the bills out of their respective legislatures. In Nebraska and Kentucky, the measures carve out the right for people to "to hunt, to fish and to harvest wildlife"; in Wyoming and Idaho, the bills specify the right to "hunt, fish and trap."

To most people, these amendments probably sound like a solution without a problem. But the NRA has been warning voters and state legislators that "radical" animal rights groups could come for their guns and traps any day now. As the NRA's legislative arm, the NRA-ILA, wrote on its blog, it's working to "protect the citizens’ hunting heritage from attacks initiated by well-funded anti-hunting extremists who have assailed sportsmen throughout the country in recent years."

The main "extremists" the NRA-ILA refers to are PETA and the Humane Society of the United States (unrelated to the organization that runs local animal shelters but often attacked as radical for pushing for things such as crackdowns on puppy mills). But HSUS says it has no plans to go after hunting and fishing rights, and it called the Kentucky amendment "inconsequential and merely window dressing."

“We’ve seen that a lot of well-funded animal rights extremist groups are working to erode our sporting heritage in countless states,” NRA spokeswoman Stephanie Samford told the Louisville Courier-Journal. “So to assume that attacks like that would never happen in Kentucky is naive. And this right to hunt and fish amendment would help preserve Kentucky’s rich hunting and fishing heritage for future generations.”

"The NRA doesn't wait for problems to arise to address them," Samford also told the Lexington Herald-Leader recently. "We're constantly being proactive on our Second Amendment rights."

And state legislators have been listening, pushing through the bills and talking up the potential threat to hunting and fishing rights.

"It is important to get ahead of the game with strong protections of our hunting and fishing activities. This will also protect our traditional hunting, fishing and trapping activities from the attacks of radical groups that seek to eliminate them," said state Sen. Jim Rice, R-Idaho.

State Sen. Larry Hicks, R-Wyo., had a similar take: “There seems to be a perception that this type of thing would never happen here in Wyoming,” Hicks said. “But that is the same thing people said in Oregon, Washington or Colorado before it came up in those places.”

Nebraska state Sen. Pete Pirsch, who proposed his state's amendment, said he too wants to protect against “deep-pocketed, fringe activist groups," though he also told the Omaha World-Herald that he does not know of any immediate threat to that right in his state by the HSUS. “Time will tell,” he said. “I can't predict strategy for the other side.''

For his part, Wayne Pacelle, president and CEO of the HSUS, dismissed this idea, telling the Lincoln Journal-Star: "There's no organization threatening hunting or fishing, but there are pandering politicians who want to score points with interest groups, and that's what is at work here."