My dad and I were never close. But after he contracted a horrible disease, the impossible happened -- he opened up 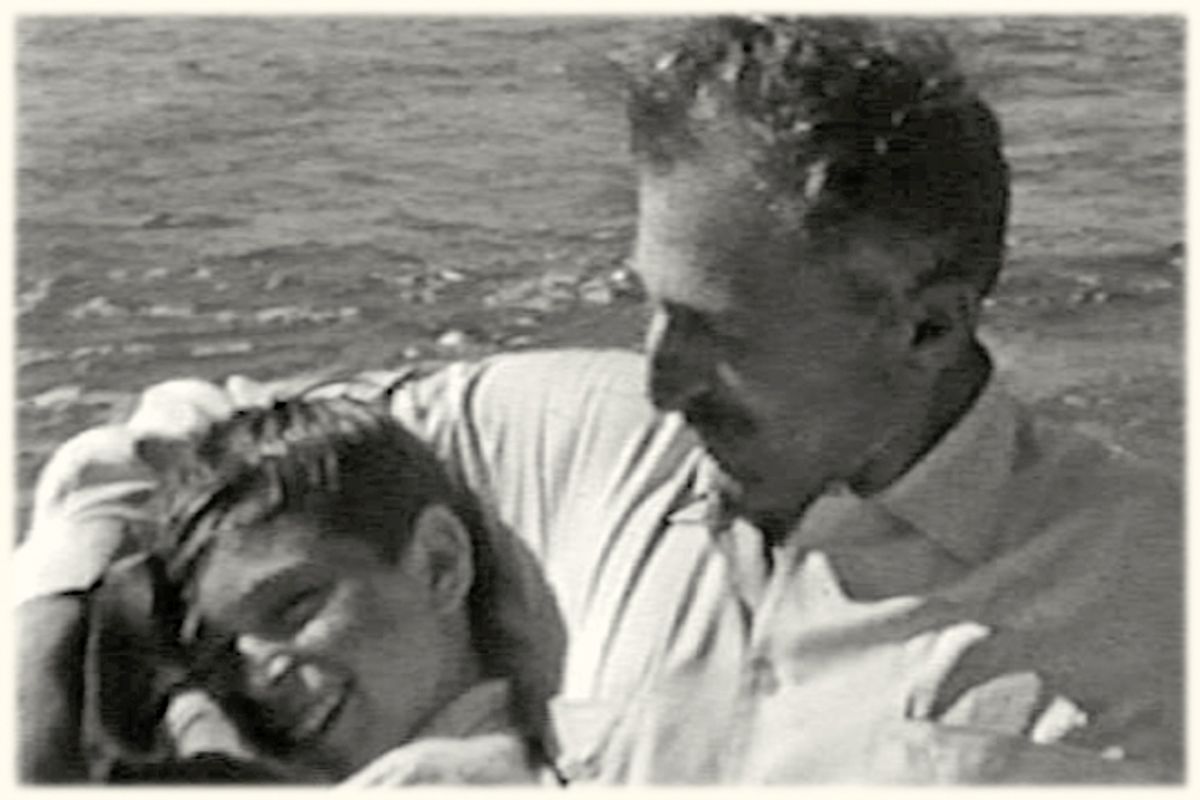 The author with his father
--

Like many men of my generation, I was not very close to my father. He was a quiet man who rarely showed affection. When he did, it was subtle, like the way he would gently put his hand on my head, or when his eyes would soften upon seeing me after his long and exhausting work day.

As I grew older, however, his silence became an invisible barrier between us. By 10, I was convinced he didn’t love me. Sitting in the back seat of our station wagon on a family trip, I made a bet with myself: If he said anything to me -- directly to me -- within the following 24 hours, it meant he loved me.

I grew up, went to college far from home, worked hard at finding a career, finally returned to Los Angeles and settled down with a family of my own. My father and I spoke every so often, but usually just as a prelude to my longer conversations with my mother. We never called the other directly just to talk. There was a wall of silence between us -- but by now it seemed normal.

Then one day, 15 years ago, a call came from my mother. My father had fallen down and was at UCLA Hospital. I was used to the idea that he would die young of heart disease. His mother had died at 55, and he’d had two bypass operations, the first when I was 16. So I was unprepared for his diagnosis: He had a variant of Alzheimer’s disease.

It happened on a spring day about six months after he’d been diagnosed. He was in a convalescent hospital following surgery to his knee. I had decided to visit him with my 5-year-old son, Jesse. The three of us sat out on the cold, shaded patio of the convalescent home, my father wrapped in an old sweater and watching intently as I made small talk and my son clambered over me like a little monkey on a jungle gym. My father’s eyes widened as he studied the obvious affection I shared with my son.

Later in the day, my wife came and watched my son, encouraging me to spend some time alone with my father in his room. At first, there was the usual silence between us. Then, to my surprise, he began to speak.

“You know, I was watching you and Jesse out there.”

I nodded. He seemed to be searching hard for something in his mind. Then, he looked straight at me, his dark eyes glowing. The words began to tumble out. More words than I’d ever heard before. Slowly, and more disorganized than I can replicate. But the gist of it was this:

“Watching Jesse reminded me ... of a long time ago. It’s such a long time ago, but I have such a clear picture of him -- of you -- in my mind. You were a sweet little boy. My little boy.” He smiled and his eyes glistened.

I was confused. Why would it scare him to love me?

He nodded, as if reading my mind. “It did. It scared me. I was scared maybe you would get too connected to me … and then I would die and you would be ... cast out and alone."

With a start I remembered how my father had been cast out. My paternal grandfather died when my father was 16, leaving him responsible for his mother and sister. My grandfather, who was probably manic-depressive, had gotten into some kind of trouble and had told my father he intended to end his life. My father begged him not to do it. My father appealed to his mother, to their rabbi, and to others, but no one responded. A week later, my grandfather shot himself. The Jewish community forbade my grandfather to be buried in a Jewish cemetery and shunned my father’s family. Deeply ashamed, my father moved his mother and sister out to California. He withdrew into himself. He became an atheist and an embittered critic of organized religion.

And he dwelt behind a veil of silence.

But now I saw that his silence was a "Rashomon." For me, his silence meant he did not love me. But for him, silence was the only way he could protect me from the kind of pain he’d suffered.

That moment, sitting with him in his room, the shadows of an early spring sunset lengthening -- that moment was our redemption. He apologized to me for creating pain when his intent had been to prevent it. And I apologized for not having had more faith in his silent love.

I noticed his eyes getting heavy. I started to rise, but he held up his hand to say one more thing. “I know I have a disease,” he murmured, “that makes it difficult for me to think and remember. But you know --?” he smiled -- “I am thankful I have this disease. Because without it, I don’t think we would have been able to say these things to each other.” He tapped his heart. “I love you.”

And with that, he closed his eyes and fell silent again.

Barry Michels is the co-author of the New York Times bestselling book, "The Tools." He is has been in private practice as a psychotherapist in Los Angeles since 1986.