How Sandy hits the homeless

Cities stretch resources, but many people will face the elements without shelter 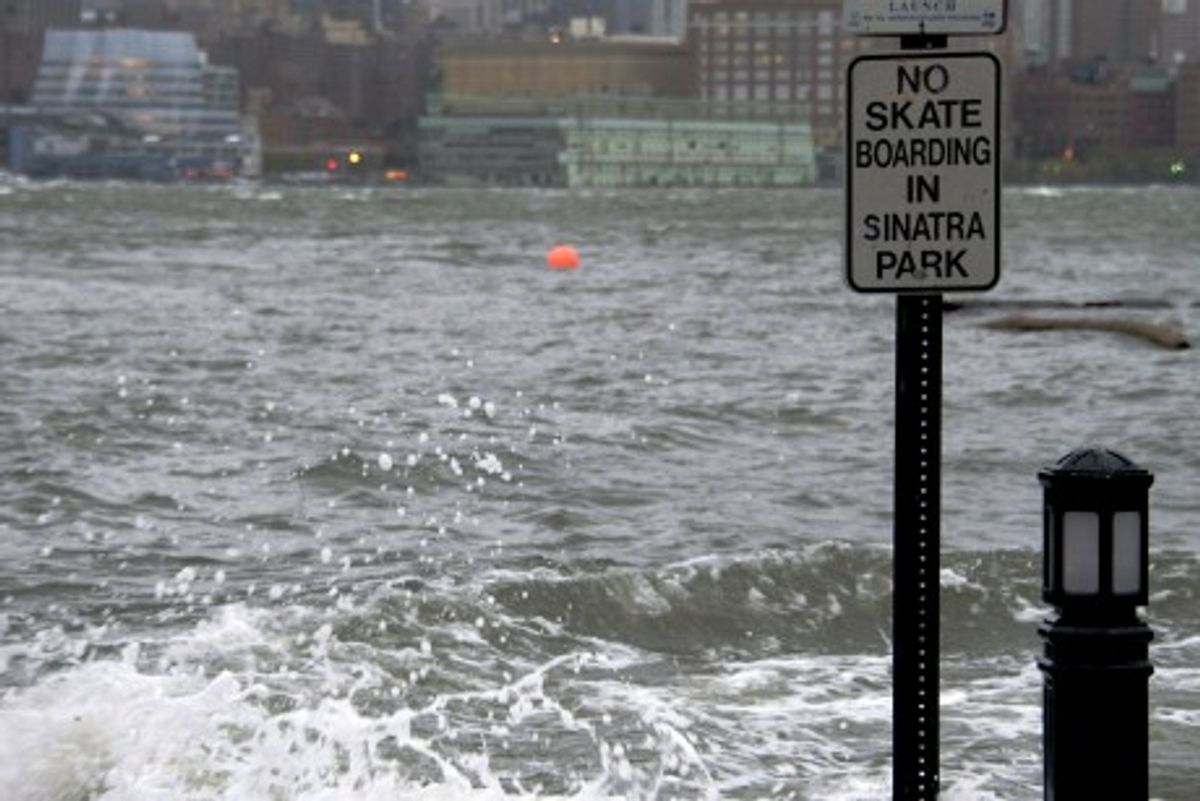 The Hudson River swells and rises over the banks of the Hoboken, N.J., waterfront as Hurricane Sandy approaches on Monday (AP Photo/Charles Sykes)
--

Thousands of residents along the East Coast -- 375,000 New Yorkers alone -- have already been ordered to evacuate their homes and head to emergency shelters to wait out Hurricane Sandy. Long-term shelter residents, such as the 46,000-plus homeless individuals currently relying on New York's municipal shelters and the many more thousands of homeless outside any shelter system, face far greater challenges as Sandy crescendos.

The New York City Department of Homeless Services has already relocated nine homeless shelters and one intake center, transporting more than 1,000 people out of the evacuation zone. Meanwhile, the New York Times reported on Sunday that the city has enhanced street outreach to encourage people to use shelter services. The Daily Free Press reported that Boston had also expanded its homeless services in anticipation of the storm. “All hands will be on deck,” said Elizabeth Lund, communications manager at homeless shelter St. Francis House.

Yet many of New York's homeless are distrustful of homeless shelters -- citing a proliferation of drug use and sexual assault -- and some are fearful of how they will be received at emergency shelters. In an interview with freelance photographer Julia Reinhart, a 43-year-old Harlem man, James, who has been homeless for seven years, said of the emergency shelters, "they don't want us there. These shelters are for the good folks, the families that get evacuated. There is no room in there for me." James noted that the shuttering of the subway for the storm closed off a regular place of refuge for homeless New Yorkers.

The Washington Post reported that a number of organizations that usually feed D.C.'s homeless are closed because of the superstorm. "Among them are Capital Area Food Bank, Bread for the City and Martha’s Table. Other groups, however, are operating on a limited capacity to bring food and shelter to those who frequently have neither," the Post reported.