The superstorm drove the vessel into a Staten Island street 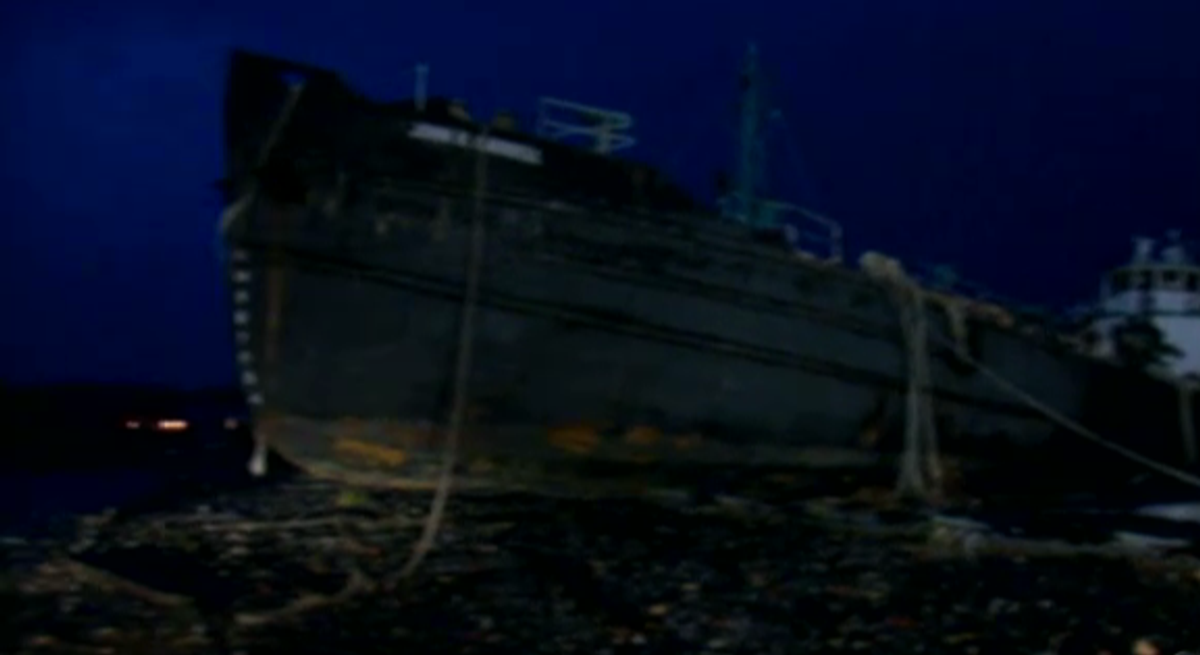 Alongside explosions, vast flooding and collapsed buildings, New York also saw ships run ashore in Sandy's wake. ABC News reported early Tuesday that a 168-ft water tanker had been driven into a Staten Island road by the storm. Video footage (below) shows the vessel's front third lodged on the street out of the water -- it had been moored a mile away. ABC reported too that Sandy had ripped some ships in half.