Chris Christie gave Obama a huge assist just days before the election. He may be thinking about his own bid in 2016 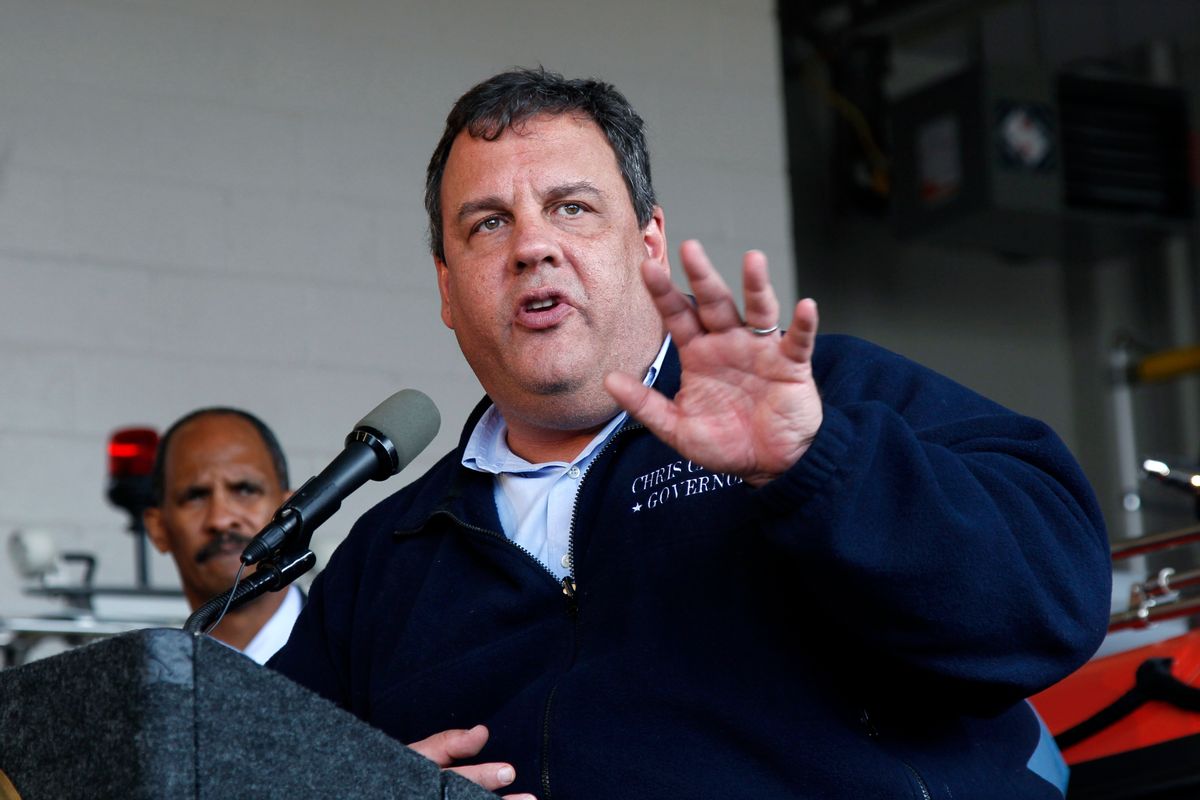 That Chris Christie is providing a serious political assist to President Obama less than a week before the election is indisputable. The question is why he’s doing it.

Christie, who was the keynote speaker at the Republican convention and has been one of Mitt Romney’s top campaign surrogates, will survey the post-Sandy wreckage in New Jersey with the president today. This comes after Christie went out of his way to praise Obama at the height of the storm and after Christie angrily shot down a Fox News host’s query about whether Romney might tour New Jersey with him too.

"I have a job to do,” he said. “If you think right now I give a damn about presidential politics, then you don't know me.”

Needless to say, this is all music to the ears of Democrats. Christie is one of the most prominent Republicans in the country, and one of the better-liked ones too. This is exactly the sort of cross-partisan boost that candidates dream of receiving in a race’s final days, especially a race as close as this one. So what’s Christie up to?

The simplest explanation is that this is just Christie being Christie. He’s as ambitious as any politician, but unlike many other national stars on the make, he sees his current gig as more than a steppingstone.

Being governor of New Jersey is a job Christie truly enjoys, one he set his sights on decades ago as an ultimate career destination. The Garden State’s governorship is the most powerful in the country, and Christie is vested with sweeping budgetary and appointment authority. And he’s good at using it. Even those who disagree with his policy goals admit that he understands how to manipulate the levers of power for maximum political benefit better than any recent governor. He also has a fondness for the state’s quirky, insular political culture, and relishes his position in it. Especially when it comes to politics, New Jersey can feel like its own small country. Christie, in essence, is its president.

From this standpoint, his behavior this week makes sense. It’s the ultimate test of a New Jersey governor’s leadership. A considerable chunk of his legacy as governor will be defined by his ability to guide the state through the immediate aftermath of the storm and the much longer-term rebuilding that will be required. There’s reason to take Christie at his word that he really isn’t thinking about election politics right now.

But it’s also possible to see some political maneuvering at work too. For one thing, there’s obvious short-term benefit for Christie in teaming up with Obama right now. As soon as the presidential race is over, the Garden State will turn its attention to the 2013 governor’s race. Christie is reasonably well-positioned right now, but he’s a Republican in a blue state; any campaign is going to be a challenge. To win next year, Christie will have to earn the votes of many voters who will cast ballots for Obama next week. This will surely help on that front.

It’s also consistent with the political strategy that has defined Christie’s governorship. He has repeatedly sought to cultivate and publicize working relationships with Democrats – most notably Newark Mayor Cory Booker, but also a number of key Democratic legislators, mayors and county leaders. These relationships have been mutually beneficial.

In Booker’s case, he and Christie have been able to attract fawning national media attention by teaming up, allowing each to portray himself as a leader who cares more about action than partisanship. When it comes to Democratic mayors and county leaders, Christie is also able to burnish his bipartisan credentials (and to pick up some behind-the-scenes help), while the mayors and county leaders are showered with state money, courtesy of Christie and his expansive powers. In this sense, Obama is simply the latest, and highest-profile Democrat, to serve a useful political purpose for Christie.

There’s also the matter of 2016. It’s too cynical to say that Christie is executing a devious strategy designed to undermine Romney at the last minute, thereby assuring that the GOP presidential nomination will be open in four years. But it’s fair to point out that, realistically speaking, Christie’s White House aspirations depend on a Romney loss next week. Otherwise, the next open Republican primary won’t be until 2020, years after Christie is term-limited out of the governorship (assuming he’s reelected next year).

There have been signs that Christie regrets not jumping into this year’s race, and he made clear earlier this year that ‘16 is on his mind. By appearing to rise above politics at a moment like this, Christie is enhancing the value of his brand. More than ever, he figures to be celebrated by the national media now, making him that much more formidable in the run-up to ‘16. Of course, the risk is that he ends up being blamed by Republicans for costing them this year’s election. That could complicate a presidential bid; he might be able to turn the tables by making the same point he made on Fox News Tuesday morning.

The Romney campaign surely isn’t happy with Christie now, and if Romney were to win, this alone would probably be enough to keep Christie from a plum appointment. Not that this bothers Christie. He’s just fine with the job he has now, thank you very much.