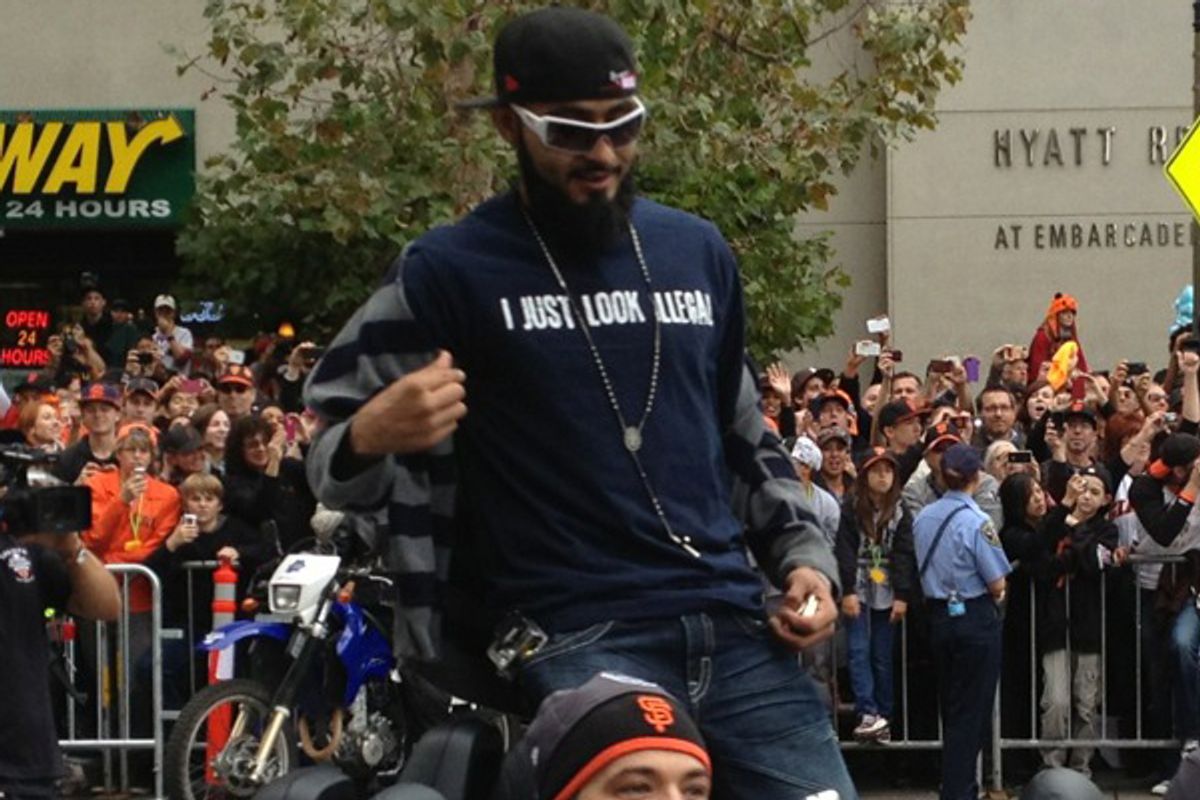 I'll admit it -- when I first became acquainted with Giants relief pitcher Sergio Romo during the 2010 season, I assumed that the young man hailed from Venezuela or the Dominican Republic or some other Latin American baseball factory. It was an easy mistake to make -- Major League baseball rosters are fully loaded with players from south of the border.

Then I heard him interviewed and realized that he was as American as I was, a Californian native whose parents and grandparents happened to be immigrants from Mexico. His grandfather worked in the lettuce fields of Salinas. His dad saw Willie Mays play at Candlestick Park.

And I felt ashamed, having judged him foreign simply because of his name and appearance. Sign me up for the Phoenix Police Department, coach, I'm ready!

During the San Francisco Giants' astonishing post-season run, Sergio Romo's infectious leprechaun-like personality and his fantastic performance as a closer in one pressure-packed appearance after another won him the attention of a national audience. But during Wednesday morning's Giants' Victory Parade in San Francisco he took his game to a whole new level. Sitting on the back of a convertible, he sported a T-shirt with the words "I just look illegal" printed in big block letters.

How cool is that? Pro athletes tend to steer away from politics. Sergio Romo stuck himself right in the middle of a caustic national frenzy, proving he can't be intimidated by either Triple Crown sluggers or the dangers of taking a stand. He reminded us all, liberals and conservatives alike, judge not, lest ye be judged.

I was a fan before today, but now he's my idol.

UPDATE: I am informed by a reader that after the 2010 championship, Romo wore a shirt that read "'MADE IN THE USA FROM MEXICAN PARTS."