At the gastronomic festival Brusselicious, Belgium celebrates its love affair with the fried potato 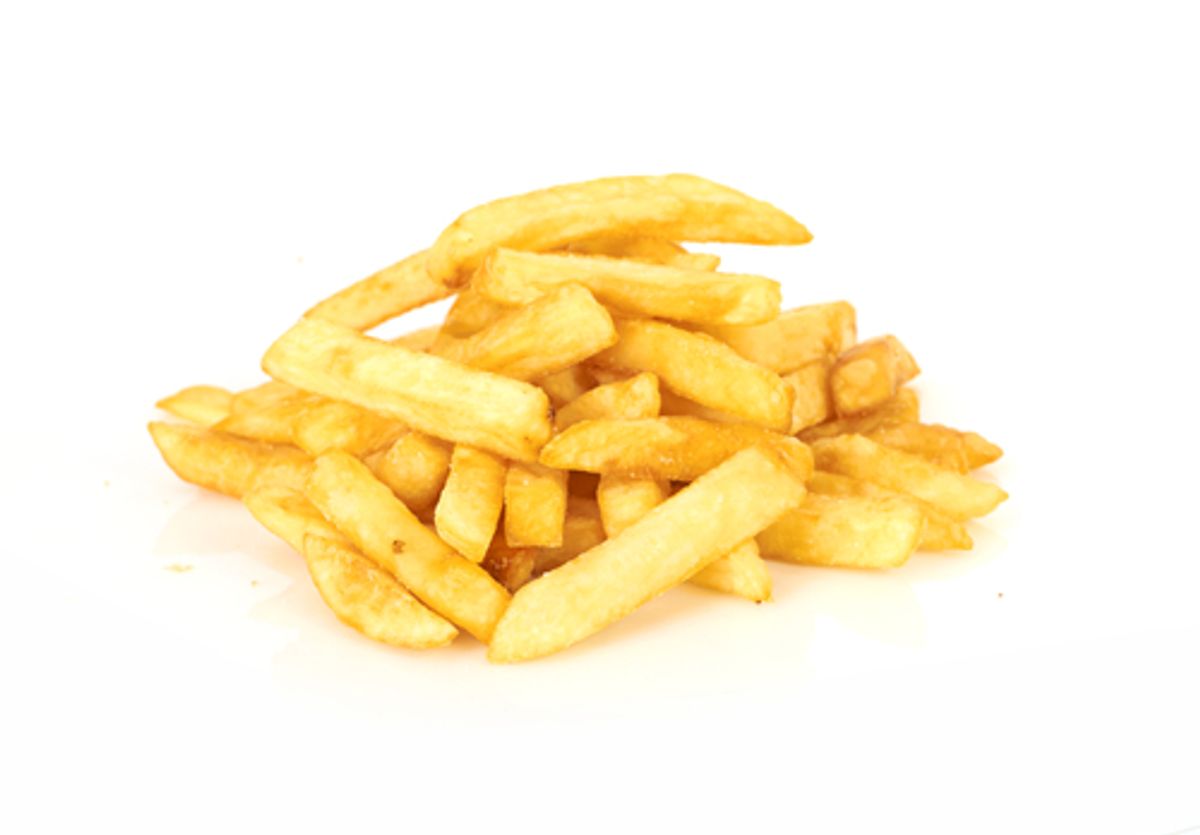 BRUSSELS, Belgium — Fries may be devoured around the world, but only Belgians elevate the golden fingers of deep fried potato to the status of national treasure.

"It's part of our history, our gastronomy, our culture in the widest sense of the word," says Hugues Henry, a leading expert on the topic, at the launch of a month-long celebration of the humble fry.

The author of a lavishly illustrated book about Belgian fry culture, Henry is director of a Brussels fries museum. "It's about much more than just eating,” he explains. “Fries are deeply rooted in the Belgian mentality. Everybody grew up with a fries-stand on the corner of the street or in the town square.”

The Belgian capital is honoring its traditional fritkots — street stands whose paper cones of hot fries topped with mayo are to Brussels what pizzas are to Naples — at the climax of a year-long gastronomic festival named Brusselicious.

Tourists arriving at Brussels airport and the city's international rail terminal throughout November will be handed a pink cardboard cone they'll be able to fill with fries at 17 fritkots around the capital for just $1.30.

For hearty appetites, the tourist board has laid out a walking tour linking a dozen of the best-known fritkots across the city.

There will be a vote for the best fries — the winning fritkot gets a sculpture of a giant cone of fries — and on Dec. 13 a night of debates on the history of frites.

The events have a clear message for Americans who, as any Belgian will tell you, have been misled about the origin of the fry.

"The French are still trying to claim the French fry is theirs,” Martha Meeze of the Brussels tourist office complains. “We have proof that’s not the case.”

The debate goes back a long way. Some claim American Doughboys who were served fries in World War I by French-speaking Belgians came home calling them French fries. Others believe Thomas Jefferson brought the recipe home after his stint as ambassador in Paris.

According to the Belgians, there is documentary evidence that fries were given to the world in the 1680s by fishermen along the Meuse River near the city of Namur. They began supplementing their meager catch of bite-sized fried fish during hard winters by adding sticks of potato to bubbling oil.

Belgians find the term “French fries” doubly irksome because the French have long poked fun at their northern neighbors' love of frites. “Why does Saudi Arabia have oil and Belgium fries?” goes one typical joke. “Because when the world was created, the Belgians got to choose first.”

Although Brussels frikots are increasingly viewed as part of Belgian heritage, however, the often ramshackle street stands weren’t always treated so warmly by city officials who saw them as eyesores or health risks.

Among those that survived and thrived is the Maison Antoine, which has been frying since 1948 and was once described by The New York Times as serving the "best French fries [sic] in the world."

Located a short walk from the European Union's headquarters, Antoine has provided fries to Belgium's royal family. Its late-night opening hours have also made it a post-show favorite with visiting musicians including the Rolling Stones and French rock idol Johnny Hallyday.

Fortunately, you don't need to be a rockstar to eat there: Tough economic times are encouraging the fritkot revival.

"With this crisis, there are plenty of people who can't afford to go to a restaurant," says Antoine's fryer-in-chief Thierry Willaert. "For $5.80, you can have a cone of fries with sauce and a fricadelle [deep fried sausage], a chicken wing or a little skewer of meat. That's a filling dinner people can still afford."

Belgians argue about the ideal kind of potato to fry, whether vegetable oil or the traditional beef fat produces the tastiest frites and what's the best complement for your snack — mayo, ketchup or one of the myriad of sauces available at any self-respecting fritkot. One matter on which they all agree, however, is that cooking them twice is essential for giving Belgian fries their crispy-on-the-outside-soft-in-the-middle trademark.

Henry’s book Carrement Frites (Squarely Fries, as yet unavailable in English), is packed with frite facts such as the frying world record, which is held by Chris Verschuren of Kastel, near Brussels. He produced 1,500 kilos of fries in a not-stop sizzle that lasted 83 hours.

There are also sections on the fry in art, music, cinema and fashion — Brussels fashion house Piece of Chic has a fries-inspired collection called Magik Fritkot.

Fries have a political function, too, as a rare symbol of unity among Belgium's squabbling French and Dutch speakers. A youth movement that sprang up in 2011 against linguistic divisions that have paralyzed government was called the "Revolution des Frites."

At the launch of the fries festival last week, a scantily clad girl group called Frituur performed an eclectic set in styles ranging from gospel to gangsta rap, the lyrics extolling the delights of fries and a variety of sexual practices.

"We all love fries," explains a band member who goes by the name of Sista Fricadelle. "They give pleasure and they don't take themselves too seriously and that's what we're all about."