In Romney's parallel universe, Obama has convinced Chrysler to move all of its Jeep production to China 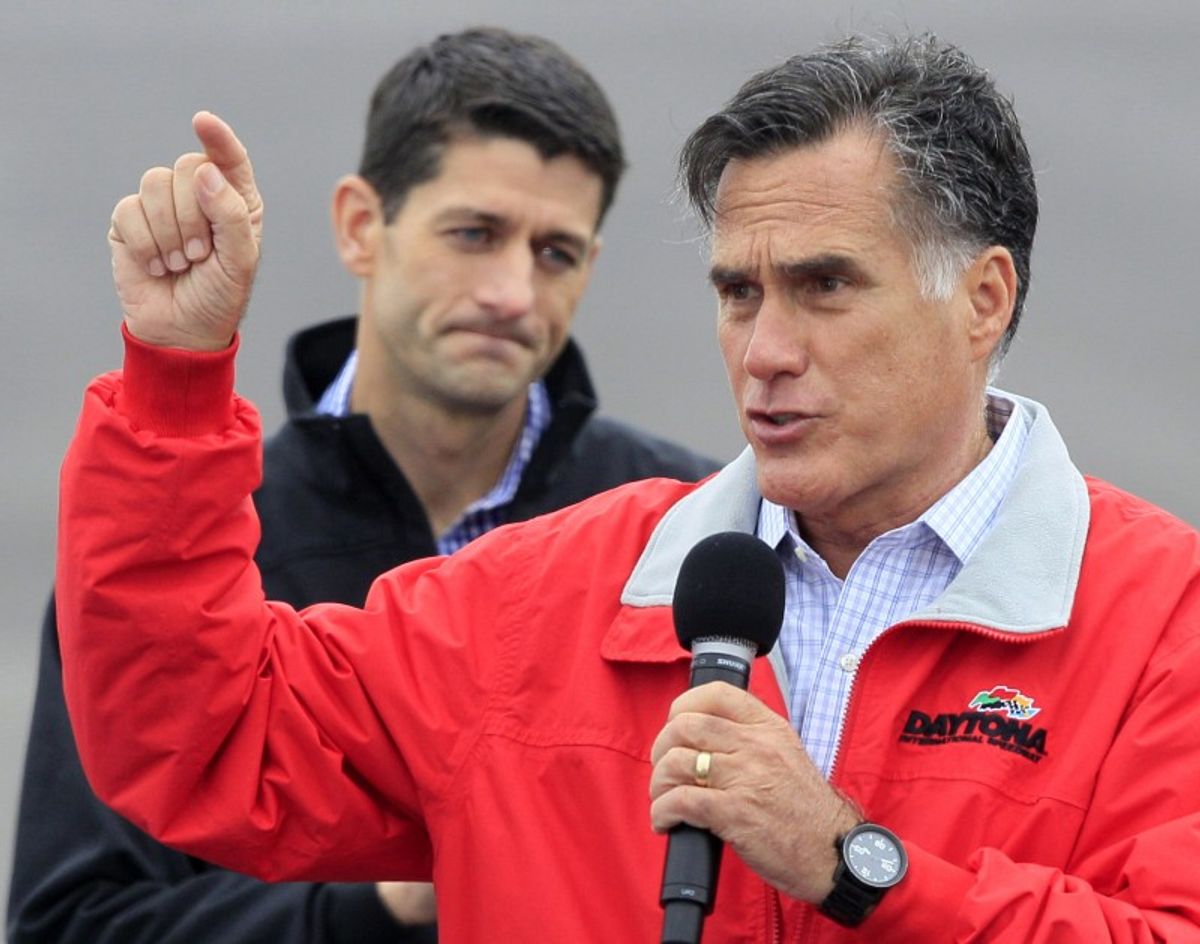 One of the most deceptive jujitsu moves in modern campaign is known as swiftboating: trying to turn one of your opponent’s strengths into a weakness.  Given the centrality of Ohio to electoral success less than a week from today (!), it should be no surprise that the Romney team is going after the success of the President’s auto rescue.

Full disclosure: as a member of the President’s economics team I strongly advocated for the rescue, as per both my principal (the Vice-President) and the view held by myself and others that the employment costs would be particularly steep in communities that comprised the relevant supply chains.  When you think about auto jobs, don’t just think about the factory at the end of the line where they assemble the cars and trucks.  Think about all the small and medium size manufacturers that make those parts.

That’s where many of the new jobs in Ohio are coming from and it’s an important piece of evidence for the bailout’s success.  Which makes it catnip for the Romney swiftboaters.

Dana Milbank takes this apart in this AM’s WaPo, but the gist is that Chrysler recently announced that they’d be expanding production of Jeeps—adding new plants—in China to help sell into that market.  Note that they’re not talking about shifting US production overseas.  They’re talking about tapping a trend that I’ve written about before here at OTE: producing closer to your target markets.

But in Romney-world, this became an attack on the President auto rescue because according to the campaign, Chrysler was planning to move all of their US production of Jeeps to China.  Romney:  “I saw a story today that one of the great manufacturers in this state, Jeep, now owned by the Italians, is thinking of moving all production to China.”

Milbank prints the response from an aghast Chrysler exec:

Romney’s fiction was apparently based on a misreading of a Bloomberg News report a few days earlier, which said that Chrysler would resume production in China for the first time since parent Fiat SpA bought the company — in addition to Chrysler’s production in Michigan, Illinois and Ohio.

“Let’s set the record straight: Jeep has no intention of shifting production of its Jeep models out of North America to China,” Chrysler executive Gualberto Ranieri wrote in a statement, using italics for emphasis.  “A careful and unbiased reading of the Bloomberg take would have saved unnecessary fantasies and extravagant comments.” Ranieri said the conclusion that it was moving all production to China was “a leap that would be difficult even for professional circus acrobats.”

But what’s particularly ridiculous here is that Romney is criticizing Chrysler’s global expansion.   Since when do conservatives object to that?  Is there anyone who believes for a nanosecond that expansion abroad by US multinational’s would be viewed critically by a Romney administration?

Back here in reality what we should be debating right about now is the relative positions of the candidates on policies that really matter to both auto production here and investment abroad.  Gov. Romney opposed the government’s role in GM and Chrysler’s managed bankruptcy.  Given the absence of private financing at the time, had he been in charge, these companies would have been facing liquidation.  Instead, as the chart shows, the American auto industry has added 250,000 just since its turnaround (and not that this chart is a few months old; autos employment is up to 250K and sales are on track for 15 million this year).

Moreover, on international tax policy there are big, important differences that haven’t gotten enough emphasis so far.  Gov. Romney’s plan is to allow multinationals to avoid paying any American taxes on their overseas earnings, a clear incentive to outsource, and one according to economist Kim Clausing would lead to 800,000 jobs shifted overseas.

Note the difference between this and the Jeep case.  The Chrysler executive cited above explicitly denounced shifting production overseas.  Clausing’s analysis, however, suggest that Romney “territorial” tax plan would incentivize precisely such shifts.

The President’s plan is to increase the tax incentives for producing here, not abroad.  These include a lower corporate tax rate with benefits for manufacturers and for onshoring formerly offshored work, paid for in part by closing loopholes that currently make it cheaper to produce abroad.  Given my view of the most relevant elasticities in play here, the most potentially helpful proposals in this space are President’s minimum tax on foreign earnings (a whack at tax havens) and an end to deferral (where foreign earnings can be endlessly held abroad).

Look, neither candidate should pretend to be against globalization.  It’s deeply woven into the fabric of our economy and our lives and that’s not going to change.  And if successful American companies want to expand abroad to sell more directly in those markets, good for them–they’re not displacing workers here.  It’s especially silly for Romney to take a position against this, and even more so given that his position has nothing to do with the reality of the Jeep case.

But public policies should not increase the incentives to produce abroad.  If anything, they should go the other way.  Obama’s do, Romney’s do not.