Carlson jokes that though the storm isn't exactly Obama's fault, he "did promise to lower the level of the ocean" 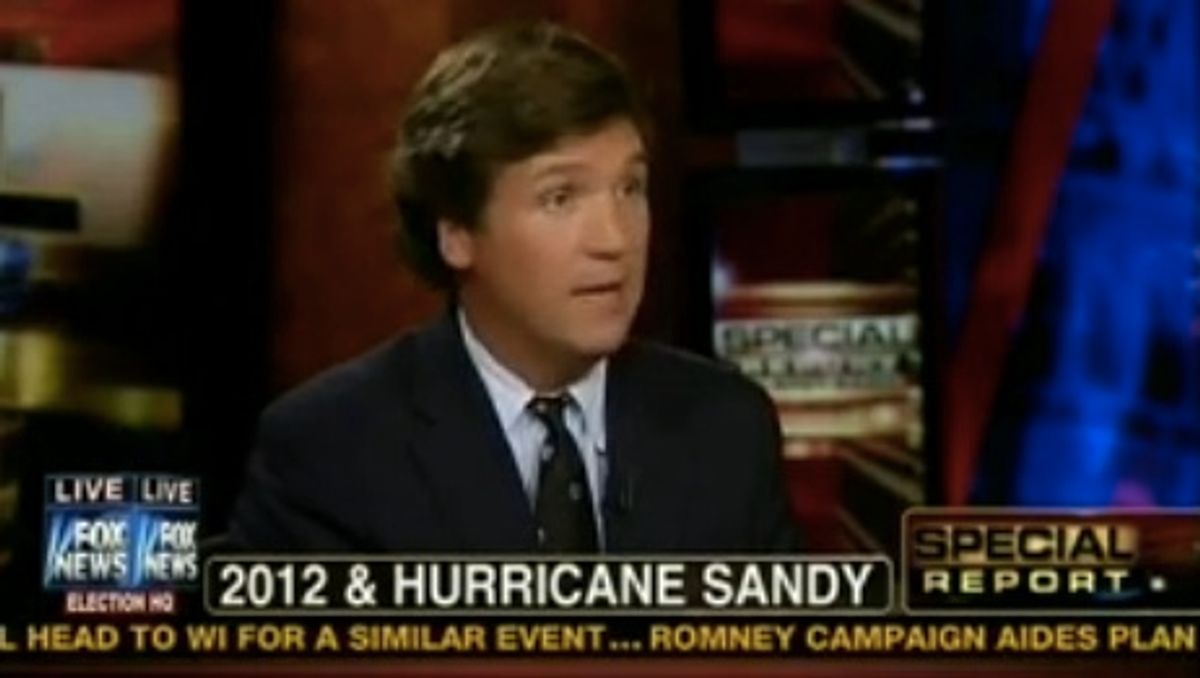 On Fox News on Tuesday, Tucker Carlson was analyzing how Hurricane Sandy might impact the election, and remarked that "typically people dont blame any candidate for the storm itself, though one of these candidates did promise to lower the level of the ocean and obviously that didn't work."

He added that the hurricane could help Mitt Romney next week, because it "adds to the sort of general feeling that things are amiss in America."

When pressed by host Bret Baier on that comment, Carlson elaborated: "I'm in no sense suggesting that people are rationally going to conclude that Obama is responsible for the hurricane, of course not. But if you are looking at the incumbent and asking, 'am I happy with the state of the country right now,' it's possible, on the margins, to effect the tiny group of undecided voters at this stage, that the fact there's a hurricane, and ugly pictures on television, will add to the cumulative effect that America's not going in the right direction."