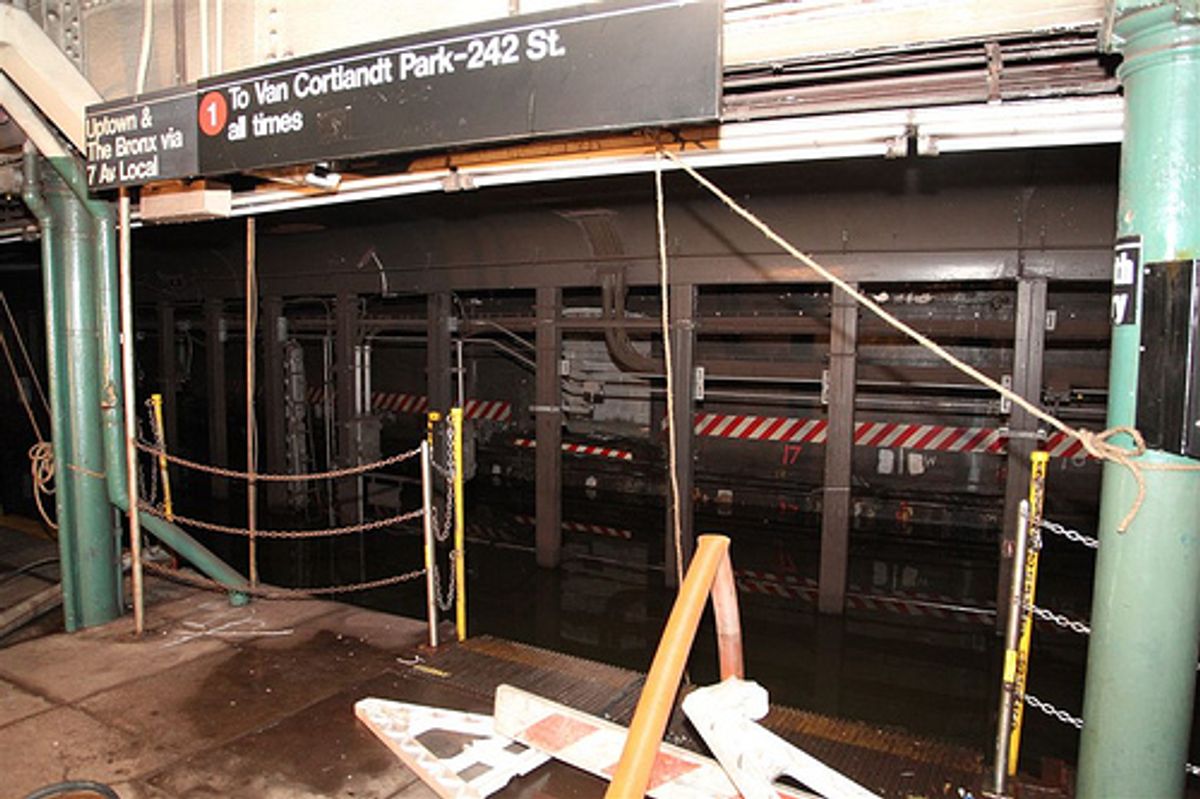 This Halloween, the growling, screeching monster that is New York's subway will start to rise again, beginning a gradual recovery from Frankenstorm's devastation. New York Governor Andrew Cuomo announced Wednesday that the MTA is testing subway service this afternoon, and 14 out of the city's 23 lines are expected to start running again on Thursday. Trains will not run below midtown in Manhattan, where power remains cut off following an explosion at a Con Ed substation on Monday night when Sandy hit.