The McCarthy-era horror show has never stopped haunting the author, who sees the monsters on the news every day 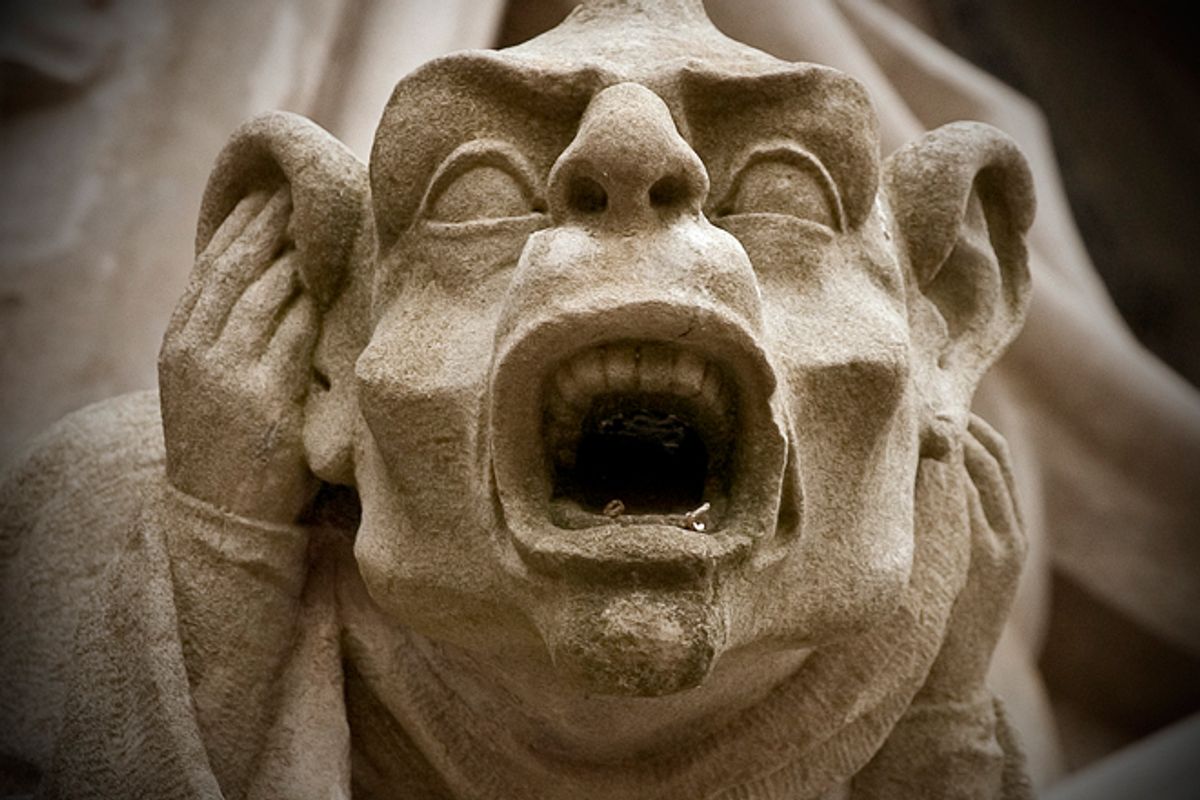 At first glance, everything looked the same. In the 1956 original, the possessed don’t act much different from their former selves. They don’t stare hollowly; they don’t shuffle. They’re just a little unemotional. And, really, what’s so wrong about that? In the 1950s, people cultivated blandness of affect. You went along to get along. The alternative got you labeled hysterical, with its connotations of effeminacy and madness. Hysterical, of course, is how Kevin McCarthy looks when he bursts out of the examining room in the opening scene and babbles warnings at a dubious shrink. Somebody give the guy a Klonopin. "The Invasion of the Body Snatchers" has been read as an allegory of communism and an allegory of McCarthyism, though Joe McCarthy always seemed hysterical himself, with his jittering gaze and vigilante’s snarl. In both readings, the film locates evil in the collectivity, the passive, homogenous mass that stirs to action only when it scents the presence of one of the unpossessed. Can’t you see? They’re here already. You’re next!

I didn’t actually see "The Invasion of the Body Snatchers" until I was a teenager, a good 10 years after its release, and by then a new cultural norm had rolled in. If it was a mass you wanted, you had to go to a rock festival, and the affect at those things was hardly bland. But the movie had its most powerful impact on me long before I saw it, when somebody — probably another kid whose parents were more permissive than mine and let him see it — told me about these giant plants that split open and this goo comes out and people who were one way are now suddenly another way. They’re not themselves anymore. That got me.  Even at that age, 7, 8, I’d seen my share of people who went from being one way to being another way, and for the rest of my childhood, wherever I happened to be — in the classroom, on the playground, at friends’ birthday parties, at the dinner table where my parents spoke past each other over the clink and scrape of knives — I was always half-consciously waiting for that to happen: to everybody, except, I suppose, me.

Such sudden individual transformations were one of the hallmarks of the Rwandan genocide. On the highest levels, the killing was planned well in advance, but it shuddered through the general population with a swiftness that seemed to stun the perpetrators almost as much as their victims. Years afterward, I interviewed a Tutsi rescapé who described being set on by Hutu neighbors he’d seen a few days before at a wake for one of their children; he and his wife had chipped in money for the coffin. In Jean Hatzfeld’s oral history "Machete Season," a Tutsi amateur soccer player named Evergiste recalls going to a teammate’s house to ask for shelter. Instead, he found the man clutching his machete. He ran into the forest, his teammate ran after him, joined quickly by others. “They would yell, ‘Evergiste, we sorted through the piles of bodies, we have not yet seen your cockroach face! We are going to sniff you out, we shall work at night if we have to, but we shall get you!’ They shouted and quarreled over not catching me. The players were the most dogged in cutting other players.”

Afterward, during the tribunals the new government set up to adjudicate the murders of some 800,000 people, those ordinary, garden-variety killers said they’d been following orders, that they’d been afraid — of the more bloodthirsty Interahamwe or, incredibly, of the victims they outnumbered almost 6-to-1. Many said they’d been led astray by bad leaders. Some blamed the whites. I didn’t expect perpetrators to tell me what they’d been really feeling. But I marveled at how casually — how blithely — the survivors said they’d lived alongside people who a day later would be trying to butcher them, and butchering their families. “But surely you must have seen something.” “No, no, we all got along.” “Not even a clue?” “No, not a clue.” In "The Invasion of the Body Snatchers'"opening voice-over, the McCarthy character remembers, “At first glance, everything looked the same.”

In television footage of the 2011 Republican primary debates, the camera mostly stays on the candidates. An exception occurs during an exchange on Sept. 23, in which Wolf Blitzer asks Ron Paul about a hypothetical 30-year-old man who passed up buying health insurance and is now lying in a coma, in need of intensive care. Who should pay for it? “That’s what freedom is all about,” Paul says. “Taking your own risks.” He looks disgusted by Blitzer’s naiveté, a candy with a soft-center that tastes like a turd.  “This whole idea that you have to prepare and take care of everybody …” Cheers and applause. A shot of the stands shows a South Asian woman in the foreground, sitting beside a good-looking man whose head is lowered as if he were scanning a program. Behind him is a blond woman in a white jacket and glasses that make her look stereotypically intelligent and a guy wearing a shirt and tie in almost identical shades of violet; his hair is beginning to go. And right behind him is an honest-to-God African-American woman who may have been the only African-American in the room that night but is nevertheless in the room, and presumably close to the front, and by all appearances happy to be there, delighted to be there. Nobody looks stupid or crazy. The facial expressions on view are, if anything, pleasant, curious, approving, amused.  They might be people I’ve known — if not in New York, where folks are generally better-dressed, then in Baltimore or the town in the Hudson Valley where I lived for 12 years or in Pittsburgh, where I live now. I might have shopped at their stores or worked out beside them at the gym, grunting along with them on our adjoining fly machines; I might have sat behind them at an evening of community theater, "Our Town" or a production of "A Christmas Carol" where my then-wife played a drunken sailor. I would have laughed when they laughed and clapped when they clapped.

There’s no way of knowing whether it’s any of these people who, in answer to the question about the hypothetical sickie, yells, “Let him die!” By then, the camera is back on the candidate.  We don’t see who boos the gay Iraq vet, either, or applauds the governor of Texas when he boasts about how many law-breakers have been put to death on his watch.

One of the things that made the Rwandan genocide possible was that it took place in a nation of small farmers, people who already knew what it was like to slaughter a cow or a goat. Very few Americans know how to do this anymore. And after I came back from Rwanda, I joked that if there were ever to be a genocide here, we’d have to hire it out to undocumented workers, because only people so poor and desperate would perform such filthy, arduous labor, at what would probably be substandard wages. Then we’d complain that Mexicans were taking away our jobs.

Peter Trachtenberg is the author of "The Book of Calamities: Five Questions About Suffering and Its Meaning" and "7 Tattoos: A Memoir in the Flesh." His new book, "Another Insane Devotion: On the Love of Cats and Persons," is forthcoming in November. He lives in Pittsburgh, where he's an assistant professor of creative writing.